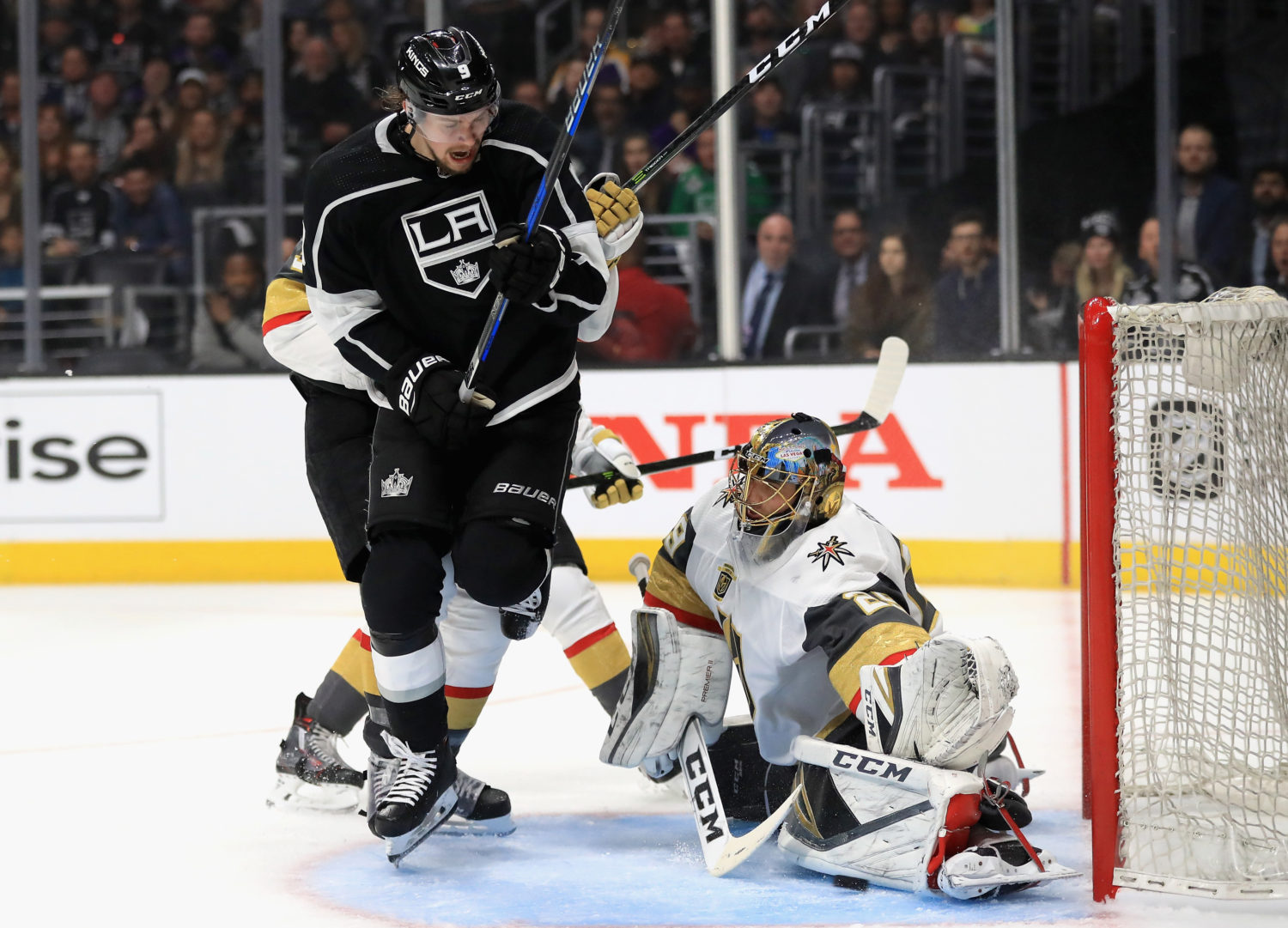 On the game turning in the third period:
I actually thought we played a really solid hockey game, but all three goals came from plays off the wall. The first goal came from a stalled puck on a forecheck where we got beat off the wall, the second goal came from a play we got beat off the wall, the third goal came from a play off a faceoff. So there are some critical errors at critical times that ended up costing us the hockey game. It’s unfortunate. I thought we made a good push here tonight and created a lot more zone time and made Fleury work a little harder than he had to this point of this series, but some critical errors at critical times along the wall end up costing you.

On whether there is sense of the ability to come back in the locker room:
From my point of view, as long as there’s time on the clock, same thing in the game. Everyone wants to come running to me with these analytics all the time that if you give up the first goal, you can’t win hockey games. I get tired of hearing it, to be honest with you. This team’s had some resilience all year. So, a puck goes in your net the first part of a hockey game doesn’t mean you just mail in the 45 minutes or whatever’s left on the clock. I’ve learned with this group as long as there’s time on the clock, there’s time to take care of business.

On more shots resulting in “one goal” and a loss:
Well, the game I was in, we had two. It was tight checking out there. I thought Kopi was a really good player for us tonight. He’s got guys draped all over him all night, but I thought we created a lot more offensive looks tonight – zone time, quality looks at the net – and that’s something that’s going to have to continue for us.

On Erik Haula’s hit on Anze Kopitar:
Yeah. We get a guy suspended for making a hockey play, and he butt ends one of the best players in the world in the face with the butt end of his stick. So, if I was confused before, I’m bewildered now. That’s an intent-to-injure play. I don’t like hard hockey – I love hard hockey. Good, honest, hard hockey, I love it, and Kopitar’s about as tough of a guy as you can find. You guys make the judgement, because it’s a bunch of B.S., to be honest with you.

On whether David Perron gave Vegas a lift:
He’s been a good player all year. He’s a veteran guy that’s been in the playoffs before. You’d have to ask their coaches about Perron. I was a little more worried about our guys. He’s a good player that’s obviously been in the league for a while. Tatar is, as well, so one guy’s out, one guy’s in. He’s got a right shot as opposed to the left shot. Plays on their power play, so you’ve got to be aware of that. But, other than that, you guys can be the judge on him.

On whether Adrian Kempe has elevated his game:
I’ll tell you this about Adrian Kempe: he’s got the heart of a lion. He played like aman tonight. Anybody that would ever question this guy, he’s a young kid that’s come over in a big environment and I thought he played outstanding tonight. He hasn’t had a lot of offense in his game, but to his credit, he’s trying to help the team win in other ways. It’s unfortunate, too, because he’s worked hard in the faceoff circle. He wins a draw clean, ends up getting scored on. He took a huge step for us this year, and I thought tonight might’ve been one of his better games of the year, so we’re going to need that and more from him.