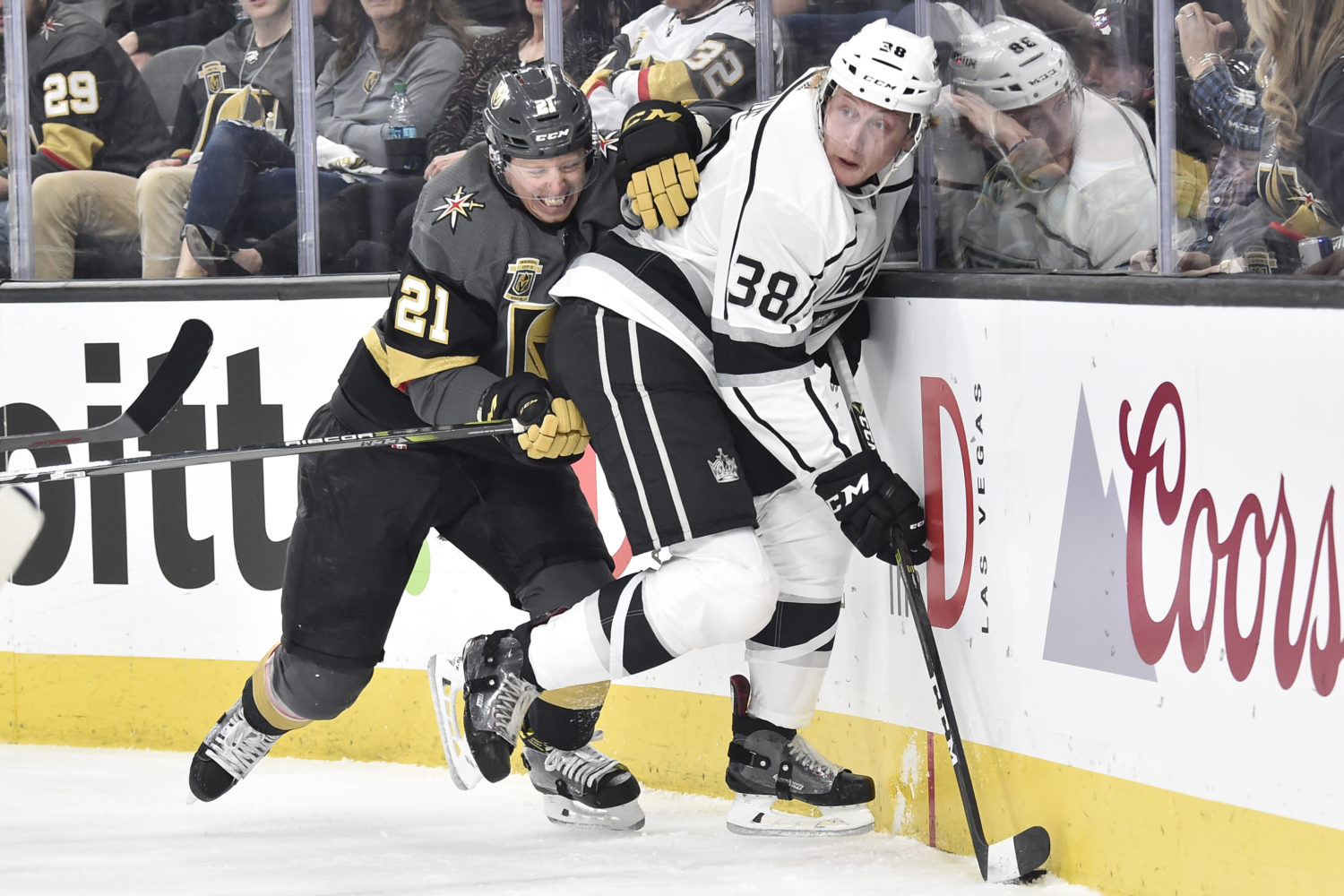 Anze Kopitar, on if the quality of some of their chances is a good sign moving forward:
Yeah. I mean obviously a one-nothing game is tougher to swallow than anything else, but I thought we played a solid game. Definitely, like you said, definitely had chances. I mean I had two really good myself and I’ve just got to cash in on them. So we know we can play better and we’re going to have to play better in game two if we want to go home with the split.

Kopitar, on whether Vegas’ attack was as good as advertised:
Yeah I mean we knew what we were getting so the difference is one shot that squeaks in and we couldn’t convert. But again, I thought we had some good looks and we’ve got to build on that.

Tobias Rieder, on the chippiness of the game:
Yeah, I think it doesn’t matter who you play against in the playoffs. It’s always kind of a rivalry so yeah, now we’ve got to get ready for the next game.

Rieder, on not being able to get anything past Fleury, despite getting good looks:
Yeah he played really, really well for them. Quickie played unbelievable for us. Like you said, there wasn’t a lot there, it was a tight game, and one-shot wins the game.

Paul LaDue, on the intensity of tonight’s game:
The pace was definitely up, the physicalness of the game was definitely up and we knew that was going to happen coming into the game. We’ve just got to give it right back to them on Friday.

LaDue, on the goaltender matchup:
It’s unbelievable. You know, the confidence we have in Quickie back there it’s unbelievable. We can give up some chances and he’s going to save us, but we’ve got to come out and play better for him on Friday.

LaDue, on whether he thought the game was well-officiated:
Yeah I think so. I think those calls kind of went both ways tonight and it was pretty even, so I have nothing to say about that. I thought it was pretty good.