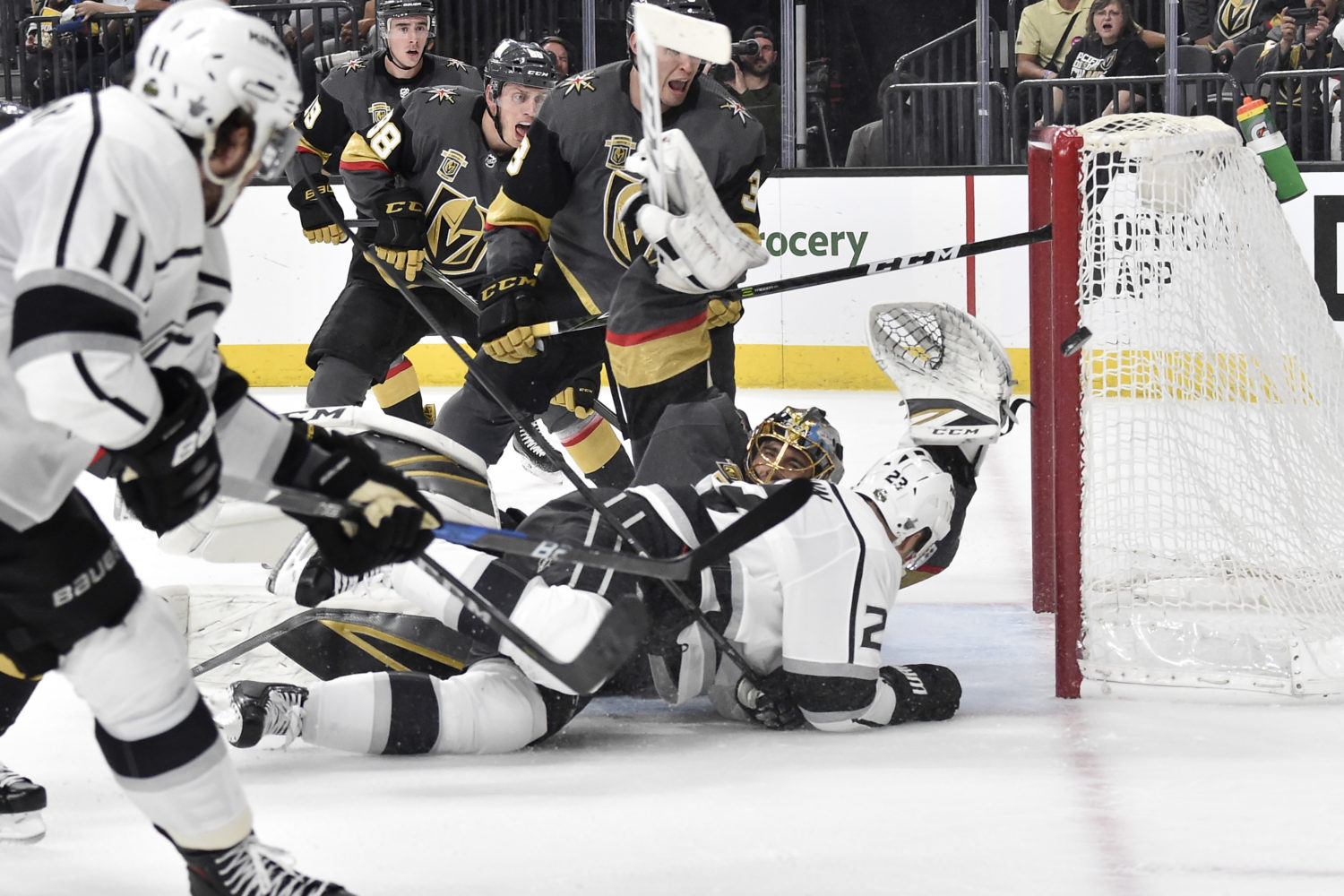 On whether the scoring chances generated gives the team confidence for Friday’s game:
I’m not quite sure how to answer that. I thought our guys played hard tonight. I thought we created some opportunities to get some offense, but I think we’ve got to make it a lot tougher on him to see the puck, and once you get into a series, I think you’ve got to find ways to improve. I thought both teams played hard tonight, but I’d like to see us improve in certain areas, and we’re going to have to play harder to get more pucks to the net, and we’re going to have to play a little bit harder in terms of establishing a little bit more zone time. Plays like Brownie going to the net, stopping on top of the blue paint, I know he got penalized for it, but those types of looks are going to create some space off the puck and make it a little tougher for him to see the puck.

On whether it was a “great” defensive effort without Derek Forbort and Jake Muzzin:
Well, I think we’re going to have to be good defensively regardless of who’s in our lineup. It doesn’t change the identity of our hockey team. I think when guys are out – Derek and Muzz have been big pieces of our team here all year – it creates an opportunity for somebody else to come in here and play and take some of those minutes. I thought Oscar’s come in and done a really good job for us. But that’s what we expect him to do, same thing with Paulie. They’re a good offensive team. They create on the rush, they create in the zone, and their power play is dangerous, so we’re going to have to be good defensively to have success in the series

On how the players making their playoff debuts stepped in:
You know, I talked to those five young guys this morning. You’ve just got to understand the intensity of the playoffs goes up, and their intensity has to go up with it. Again, Fantenberg, he’s a little bit older with a little more experience, so I think that boded well for him tonight. I was really impressed with Kempe’s game. I thought he really played hard. I thought he used his speed. I thought he created some separation in the offensive zone, and those young guys, it’s a tough first game, but they’re going to have to take that experience and build on it, and they’re going to have to make improvements, just like we are as a team.