Another test for Kempe, who has passed quite a few this season 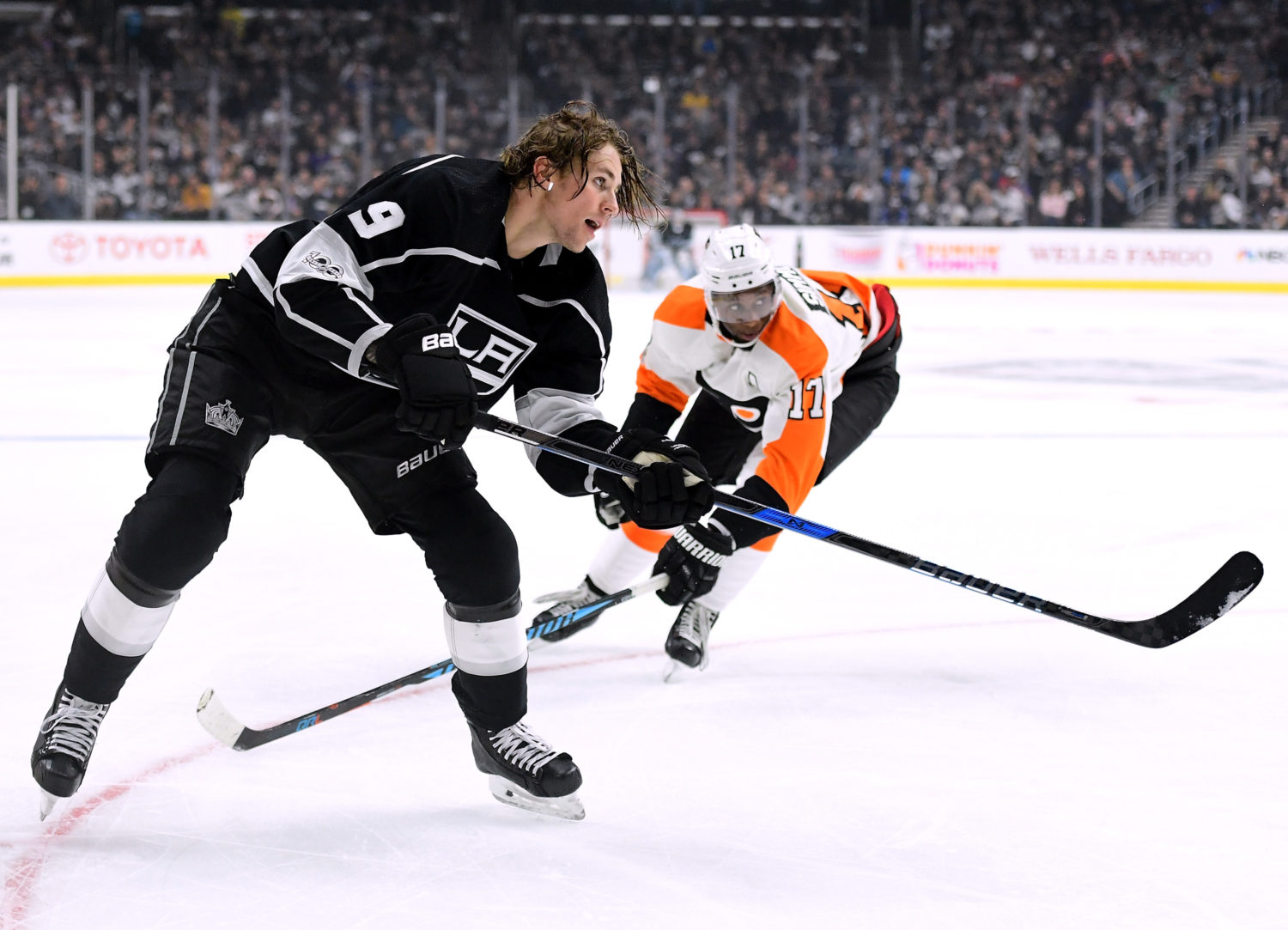 Those familiar with hockey nicknames may occasionally be peeved by their simplicity. Add an “s” or an “ie” to a syllable if it ends in a consonant. “Brown” becomes “Brownie.” “Carter” becomes “Carts.” Sometimes the final syllable is simply removed. Toff. Muzz.

There are a number of exceptions. If there is a “Campbell” on the team, he’s automatically “Soup” or “Soupy.” Derivatives, such as “Soup-dogg” are also acceptable.

“In Manchester, I didn’t really have a nickname there. It came after I was on a hot streak in the Finals,” he said. And thus, an organic nickname was born. Kempe was “Juice” because he provided the team some juice during the Monarchs’ romp to the 2015 Calder Cup, his first exposure to North American playoff hockey.

Did Paul Bissonnette coin the nickname? The two were roommates during Kempe’s eight-goal, 17-game postseason sprint out of the AHL gates after joining the Monarchs late in the season, and he’s been known to add his wonderfully rogue color to dressing rooms. Former Monarchs and current Reign head coach Mike Stothers may have also had some say, as well as a former teammate in Sean Backman.

“I don’t know if it was Backs or Biss or Stutts. All those three together,” Kempe said. 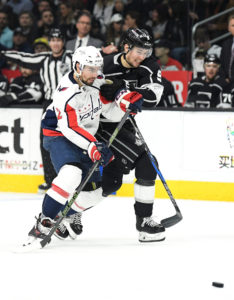 But when Kempe potted those eight postseason goals as an 18 year old, he wasn’t playing in the top league in the world. He’s now a 21-year-old who has begun to fill out an athletic body, and after 104 AHL games, he logged 25 games with Los Angeles last season before appearing in 81 of 82 this year while serving as an important puzzle piece when Jeff Carter was felled by a lacerated ankle tendon that required surgery and removed him from the Kings’ lineup for 55 games. Despite the absence of a player centrally integral to Los Angeles’ efforts, a storm was weathered largely due to Kempe and his linemates’ contributions, thus setting the stage for a playoff series that opens against the inaugural Vegas Golden Knights on Wednesday.

“I think we had forced Adrian into a position where he had to take some quality minutes for us,” John Stevens said. “The thing with that, we went on the road for some extended time early in the year. We knew they were going to be tough trips and we knew he was going to be tested. The other team’s going to get the match-up they want. A little bit to do with Kopi’s minutes climbing a little bit. He did a really good job for us. The first trip of the year, that line of Toffoli, Pearson and Kempe was outstanding for us in tough buildings and tough games.”

Kempe finished with 16 goals and 37 points but was held without a goal over the final 29 games of the regular season. His final goal, on February 7 against Edmonton, was scored on the day Carter returned to the lineup. This probably wasn’t a coincidence; Kempe, from that point onward, didn’t regularly align with the same offensively inclined forwards — and didn’t quite have the puck on his stick as much. His shot output fell incrementally from 1.62 per game in the 56 games prior – a stretch that began with a three-goal, five-shot effort on the night Carter was injured – to 1.31 per game in the 29 games to end the season. But regardless of his linemates, or the types of situations in which he saw the ice, he simply hadn’t scored over the final two months of the season, which, after his pace-maintaining campaign to help sustain the team in Carter’s absence, represented a stark drop-off.

But even when he’s not scoring, there are still a number of things Kempe does well to hold an important spot in the lineup and maintain his place down the center of the ice. There’s more jam to his game than the more traditional rookie; it shouldn’t be forgotten that Peter Forsberg is among his favorite hockey players of all time. His checking play and responsible efforts without the puck also represented the strides he has made since coming over to North America. (One aspect that can use continued work is his faceoff percentage, which, as someone who has emerged as a preferred center but has alternated between the middle of the ice and left wing his professional career, is only 38.5% on the season.)

Though Kempe is a well-trained coach’s son – Mikael Kempe, his father, is the general manager and former coach of Göta/Traneberg in Sweden’s Division 2 – the defensive efforts that had taken root both in his pedigree and in his formative hockey years began to fully form after his arrival in North America.

“I know the last couple years I wanted to improve my defensive game because I didn’t think it was maybe the best thing when I came over here, but I think all the guys who were here and everybody else has helped me a lot along the way,” he said. “Through these three years over here, I think I’ve grown as a player, and that part of my game, that defensive game, has been a lot better this year than it has been the last couple years. That’s something I’m proud of.”

Another section to add to his resume: when Carter was out, Kempe succeeded as the team’s number two center, which meant that the Pacific Division’s most challenging center match-ups fell on him while the team was on the road. As a rookie, he was regularly matching up against Ryan Getzlaf, Joe Thornton, Connor McDavid and Sean Monahan.

That history prepares him well for the Vegas series, in which he’ll see some time against 43-goal scorer William Karlsson.

Described by Director of Amateur Scouting Mark Yannetti after he was selected 29th overall in 2014 as a “ready-made Kings player” and an “elite skater” with a good mix of “heavy play and competitiveness,” those attributes allowed him to thrive in his important early-season role.

“I think when you get a young player, you want to see that he can dig in and be responsible, and you want him to be a real competitive player, and I think Adrian’s done all that,” Stevens said. “I think he’s got a big heart. I think he’s got a lot of toughness to his game, and he’s got some skill and ability to carry speed through the middle of the ice that we love. I think for a young player he’s come a long way this year, and I think the fact that Jeff was out for an extended period of time has really helped him mature his game, and we’re going to need him.” 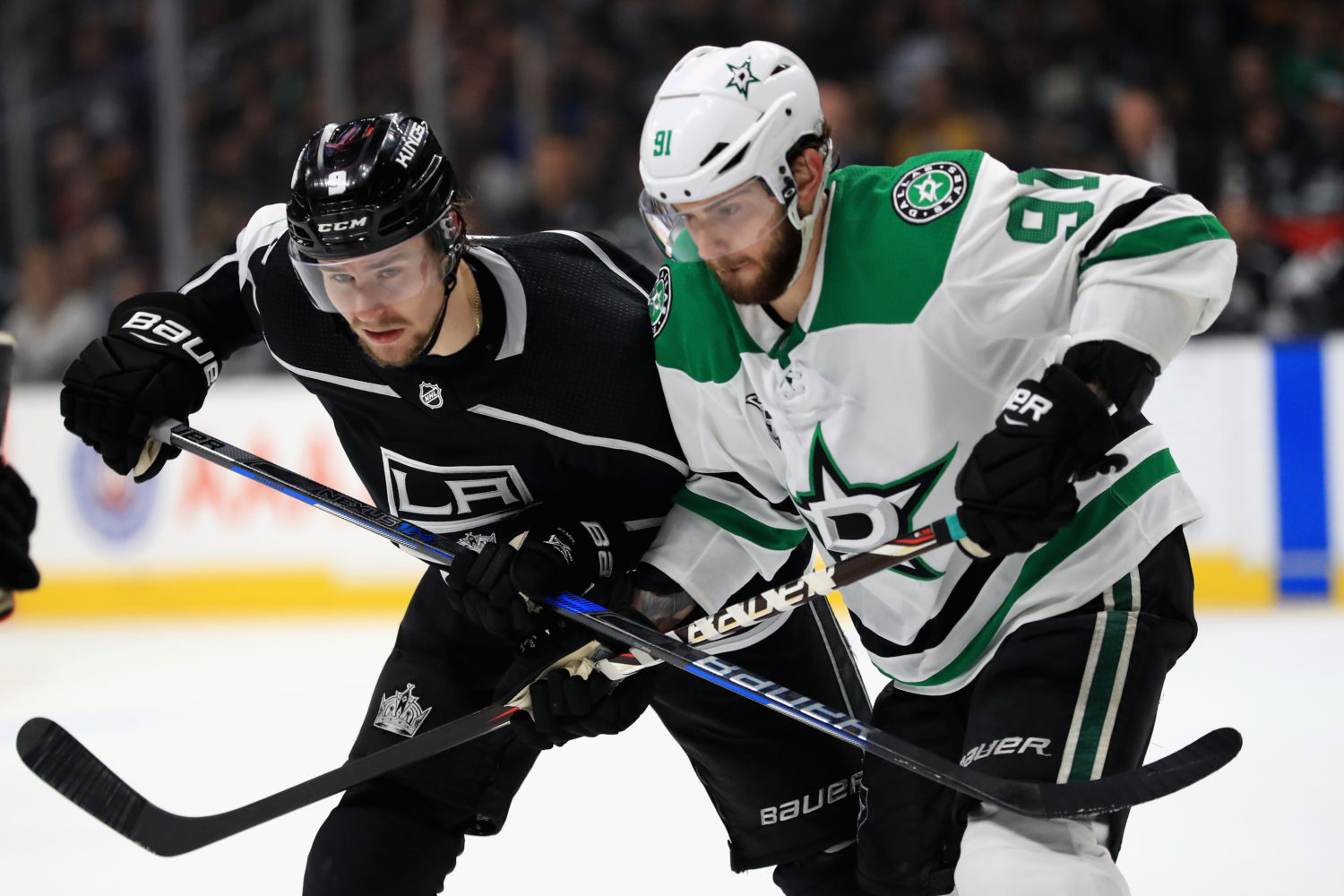