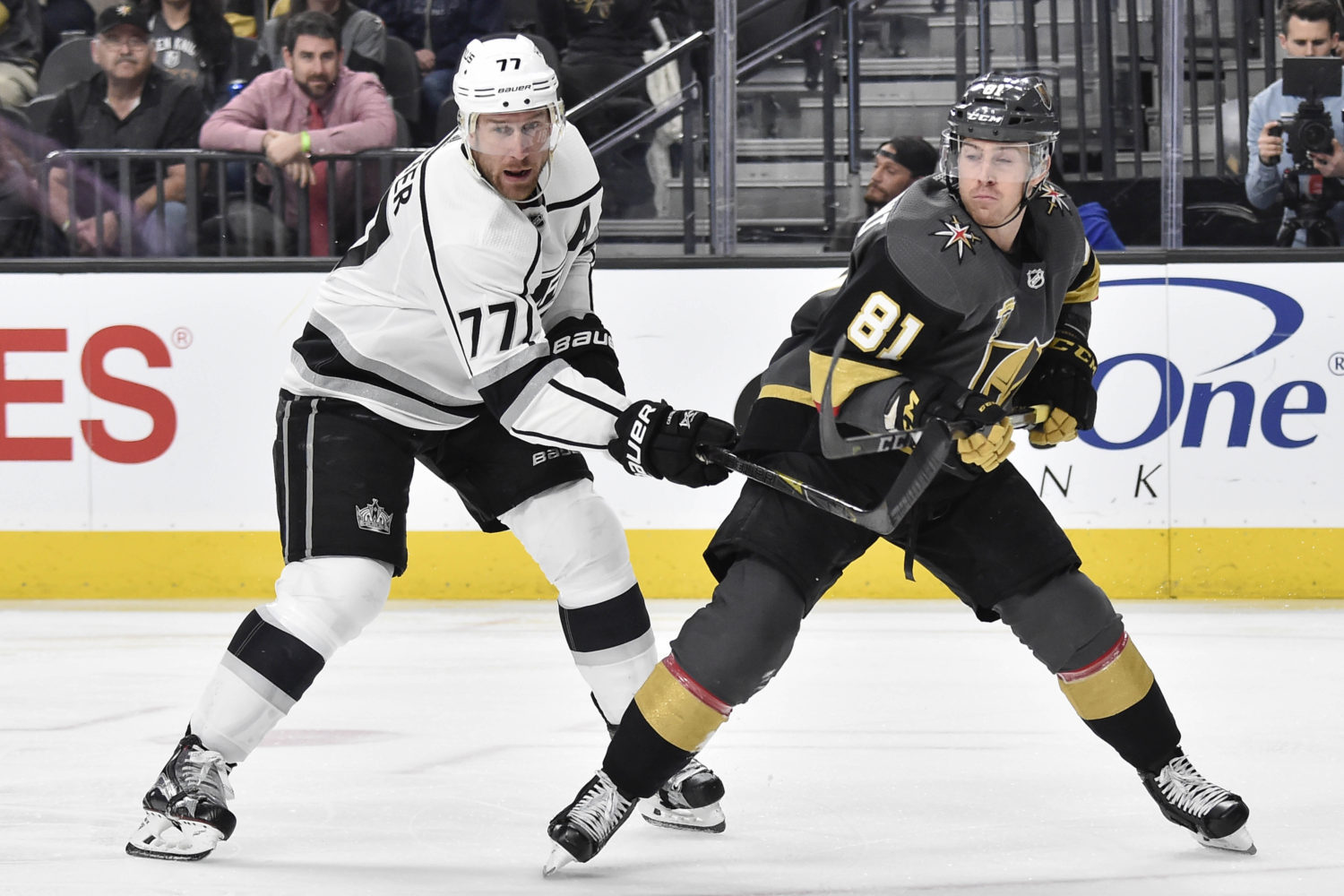 Dates, times and broadcast details have been confirmed for much of the Kings’ first round playoff series against the Vegas Golden Knights. Mark it down:

All first round games will be broadcast on either FOX Sports West or Prime Ticket locally and will include special playoff editions of LA Kings live pre and post-game shows. The NHL-wide first round schedule, including television information, is here:

Good news: The Kings schedule alternates with the Ducks-Sharks series, so on off nights you’ll be able to watch your favorite players Ryan Getzlaf and Logan Couture hammer each other. “MORE HITTING!” you will yell from your plush, velveteen throne as manservants fan you with oversized palm fronds.

Here are the @NHLonNBCSports PXP teams for opening playoff round Game 1s: pic.twitter.com/hCN1onDa8J

The NHL also announced draft lottery odds. The 2018 NHL Draft lottery will be held Saturday, April 28 in Toronto (NBC/CBC/TVA Sports) and will consist of three drawings that will determined the first overall pick, the second overall pick and the third overall pick. The 15 teams that did not qualify for the playoffs will participate in the lottery.

The 2018 NHL Draft will be held at American Airlines Center in Dallas. The first round will be held on Friday, June 22, with rounds 2-7 taking place on Saturday, June 23.

The 12 clubs not selected in the 2018 NHL Draft Lottery will be assigned 2018 NHL Draft selections 4 through 15, in inverse order of regular-season points.