Stevens: “[Doughty’s] defensive game is as good as it’s ever been” + more 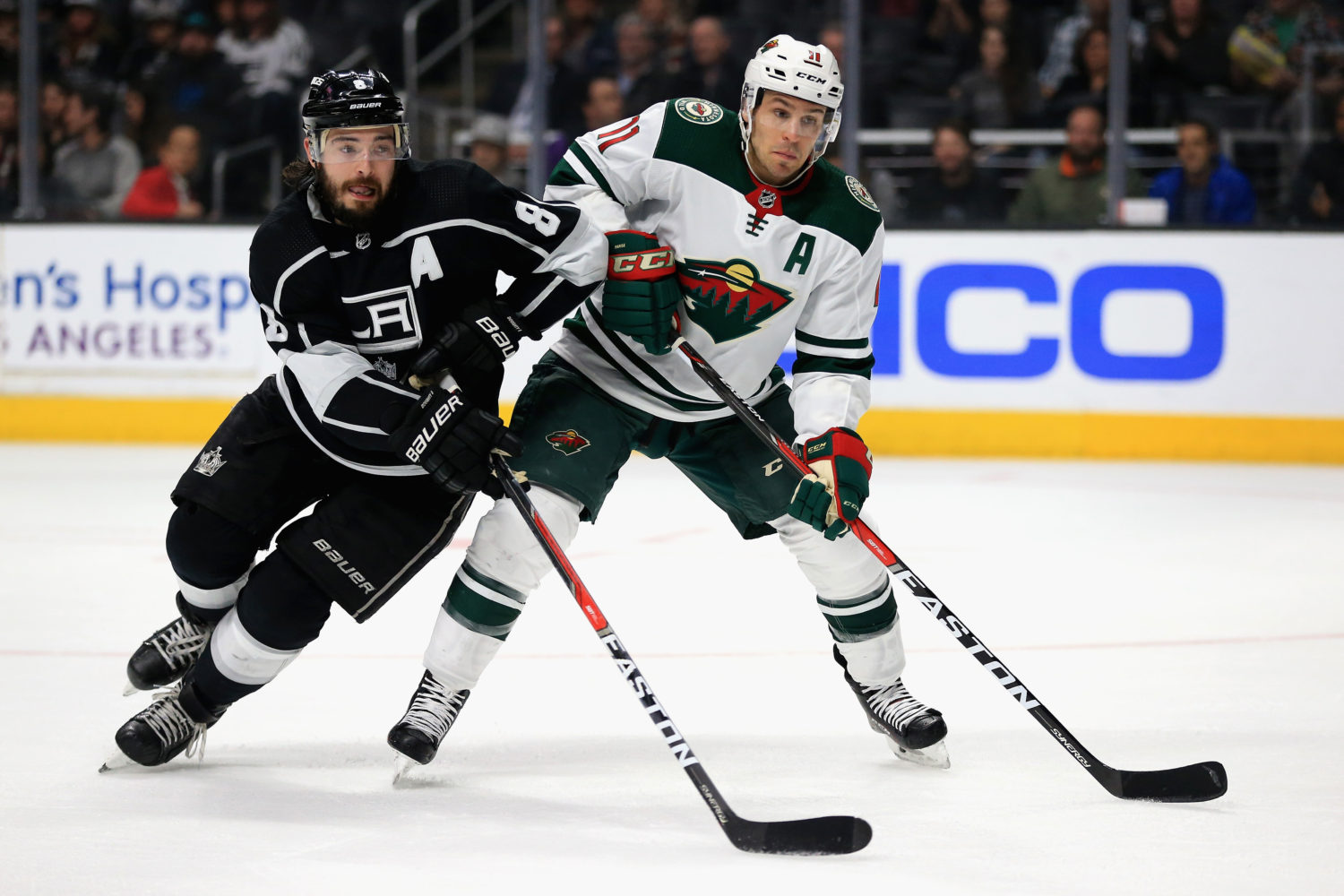 On Drew Doughty’s offensive numbers:
We think Drew is always going to put up those types of numbers. We just think his game is going to lend itself to him being a productive guy. I think he’s been able to do that without sacrificing anything without the puck. I think his defensive game is as good as its ever been. The one thing that’s probably down a little bit from his highs is his goal scoring, and we think that the way he shoots the puck and moves across the line, it’s always going to be something he’s going to contribute with his goal scoring. But I think he’s had as good a year he’s had since he’s been a pro. He’s been asked to play with young guys all along, and whoever he plays with he makes them better, but it’s a great example of a guy that’s really put up his best offensive numbers and really continued to be a real sound defensive guy, and it’s been really important to him. That’s why your team wins, because of guys that think the game like he does. Quite honestly before, he may have sacrificed some offensive numbers for the good of the team because he won’t take some risks that he knows he doesn’t want to take because of what it might leave. It’s not always what you make, it’s what you leave, and he knows that. But you don’t have to look to far – there’s a reason teams win. When you have Doughtys and Kopitars on your team that your best offensive guys are your best defensive guys, they’re a big reason why. [Reporter: Earlier in the year you had made it a point to tell him not to lead the rush but to join the rush.] We’ve had that conversation for years now when Drew, the problem is he’s so good at skating the puck up the ice that he can maneuver through checking at times, but I think he’s started to understand that there’s times to do that and then there’s times where if you move the puck to speed, and just join with the speed, it’s a much more dangerous look for our team and puts the other teams on their heels because you have numbers coming at them. We’re trying to play fast as a team, and he’s a big guy that’s allowed us to do that. But, for sure. We think a fourth man in the attack is more dangerous than a first man on the attack, especially when it comes from your defensemen.

On Daniel Brickley’s debut:
I thought he came in and showed some of the things that we’d seen. I think his game is going to translate from college, because he does things at the college game that are going to be really effective at the pro game. He’s always looking to move the puck to speed, he’s got his head up all the time, he’s got some escapability where he can get the forecheck leaning one way – that’s breakouts or transition. If you look at his college games, he does a good job of moving pucks across the line, whether with his feet or just moving pucks to widen out the ice. He did some of those things the other night, and I think the one difference is going to be that guys are bigger, stronger, faster. I just think that in terms of the firmness of the game at this level, it’s something you’ve got to experience. But I think his skillset and his game is going to translate well to the pro game.

On whether he had anticipated using 34 different skaters this season:
I’m not sure what we were anticipating. We had some guys coming in here that we weren’t sure about. Maybe more than that, at one point we had six guys score their first goal this year. But when you can get big contributions from young players, it really helps your hockey team. We’ve gotten that on the back end. We’ve certainly gotten that up front with Iafallo, with Amadio. Brodzinski’s come in and played. There’s been lots of guys that’ve come in and played and done a really good job. Kempe’s come in and had a solid year for us. So, we weren’t sure. You’ve got to put players in those positions. I think the Carter injury has really forced some of those guys to play in situations they might not have had the opportunity to play as much in, but we’re hoping that now that Jeff’s back and they’ve had that experience it can only help us this time of year because they’ve had the opportunity to play in those situations, and they’ve shown that they can perform.

On Oscar Fantenberg potentially playing tonight, and whether it was due to the staff’s trust in him:
Well, we saw a lot of things we liked in Oscar in parts of the year, and we saw some inconsistencies in his game that we wanted to see kind of get removed, just like we do with a lot of young players, even though he’s a little bit older. We talked to the coaches down there quite a bit in our staff, and they thought when he went down there, he was one of the best players in the league. Sometimes you send a guy down and he mopes, and sometimes you send a guy down and he takes it as an opportunity to play more and show you what he can do, and I think Oscar’s taken an opportunity to really go down there and prove himself and they’ve been really happy with him, and he’ got a couple of injury things down there, but he’s played well, so we want to get him up and get him back with the team and reward him for. if nothing else, his attidude going down there. We think he might be in a position to help us if we need him.

On players who appear in all 82 games:
It’s really incredible, when you think about it. You look at Brownie, Kopi, Drew, these are the guys that are in your lineup every night, guys that play the biggest minutes, might be the hardest minutes on your hockey team. It’s a real credit to them, the way they prepare themselves, recover. You can throw Quickie in that. He doesn’t play 82 games, but he plays a lot of games in terms of the goaltender position. When you have your key guys that are leaders on your hockey team that are in your lineup every day – and not only that, they don’t miss practices, either. They practice every day, they play every day, they play hard minutes. There’s no question it goes a long way to helping your team have success, but when you’re missing those guys, they’re big holes to fill like it was with Jeff. So to have those guys be in a position to play every game has been huge for us.