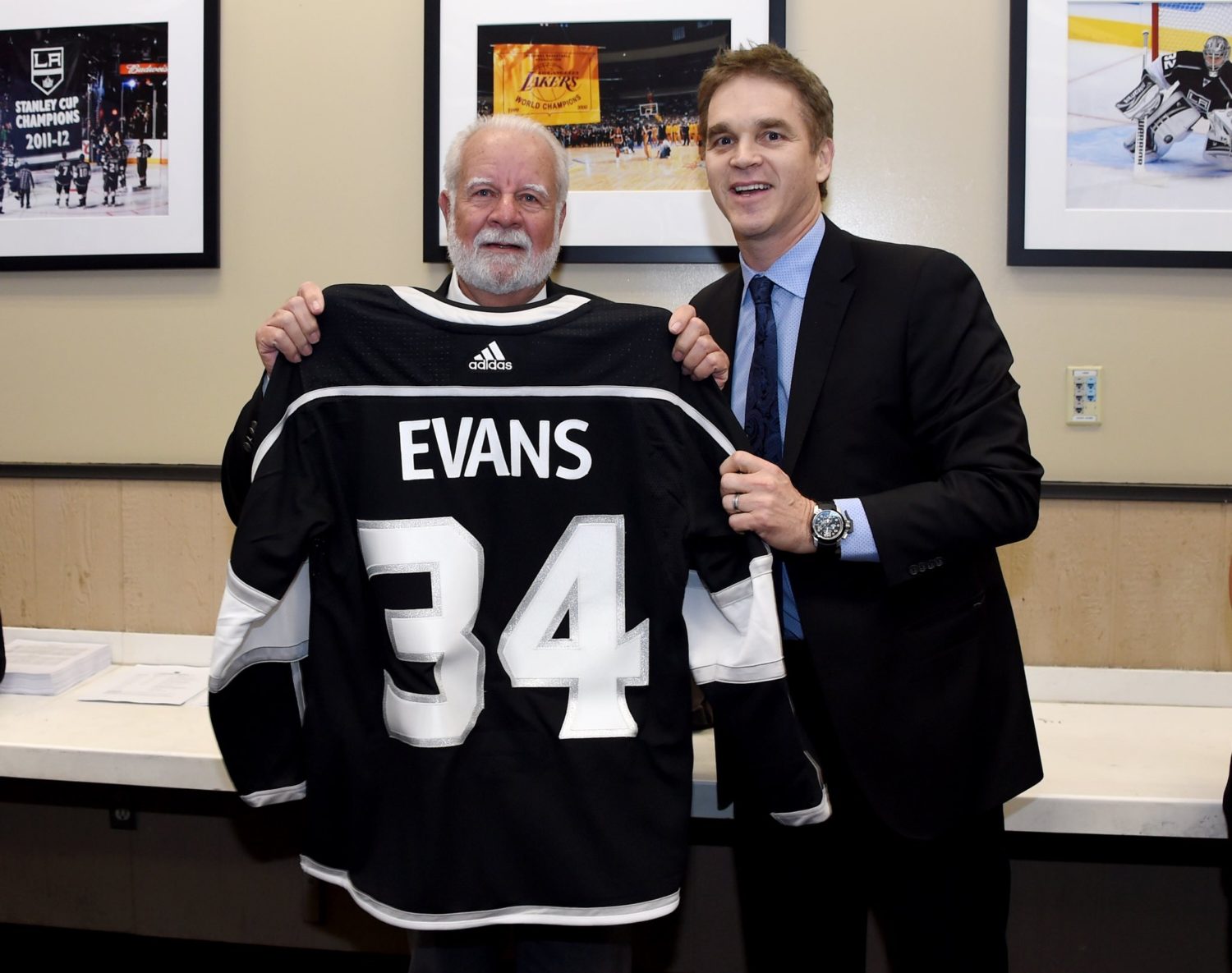 Tonight marks the end of Gary Evans’ 34-year tenure as an NHL off-ice official. A model of longevity and devotion to the duties of the sport that are not immediately recognized from the outside, Evans, who attended his first Kings game as a fan during the 1968-69 season, recalled only six games that he had missed over the first 33 years of his tenure – one because of a delayed flight returning from Hawaii, one due to medical reasons, and four others due to family circumstances. (In a bizarre twist of fortune, one of the very, very rare playoff games he missed as a fan was the Miracle on Manchester.)

Evans, who became hooked on hockey when a friend from Chicago introduced him to the sport in the Kings’ second season and was recommended to join the off-ice officials by the team’s beloved former security representative Lou McClary, will retire from officiating but will keep with him the extended memory of serving as the official scorer during the Cup-clinching games in 2012 and 2014, the friendships built up with players, coaches and executives, and the chemistry and camaraderie of the off-ice officials and regulars who regularly attended and worked games at the Forum, a time and place that cant be re-experienced or recreated. As he noted when speaking to the Chick Hearn Press Room on Thursday, he saw every home game that Luc Robitaille played as a King.

“Gary Evans has represented the National Hockey League and the game of hockey with class, integrity and dignity,” NHL Commissioner Gary Bettman said in a statement. “On behalf of the NHL we congratulate Gary on his 34 years of work as an off-ice official in Los Angeles and wish him the best in his future endeavors.”

Prior to Thursday’s game against the Minnesota Wild, LA Kings President Luc Robitaille presented Evans with a personalized jersey, a bottle of Patiné and a cake, and the other off-ice officials presented him with a commemorative plaque provided by the NHL.

“Somebody was asking me the other day, ‘what are your greatest memories and moments?’ To be involved and see the Kings win two Stanley Cups, yes, naturally,” Evans said. “To be able to award Gretzky his 802. To have my 25 years with the league and receive a watch. To be here the whole career of somebody like a Luc Robitaille, the Rob Blakes, the young guys who I remember when they came up and be here to be able to award them goals. I still get a lot of enjoyment when a young kid scores his first NHL goal, to be a part of that in a little way. I’m not scoring the goal, but we’re awarding him the goal. Those are the things that you remember, and just the class of the guys. Hockey players are unique individuals, and there are players that I knew as players and then they go up as a coach, and now they’re in management, and they still walk through the building and they say hello to you. They remember you, so that’s the neat part of it.”