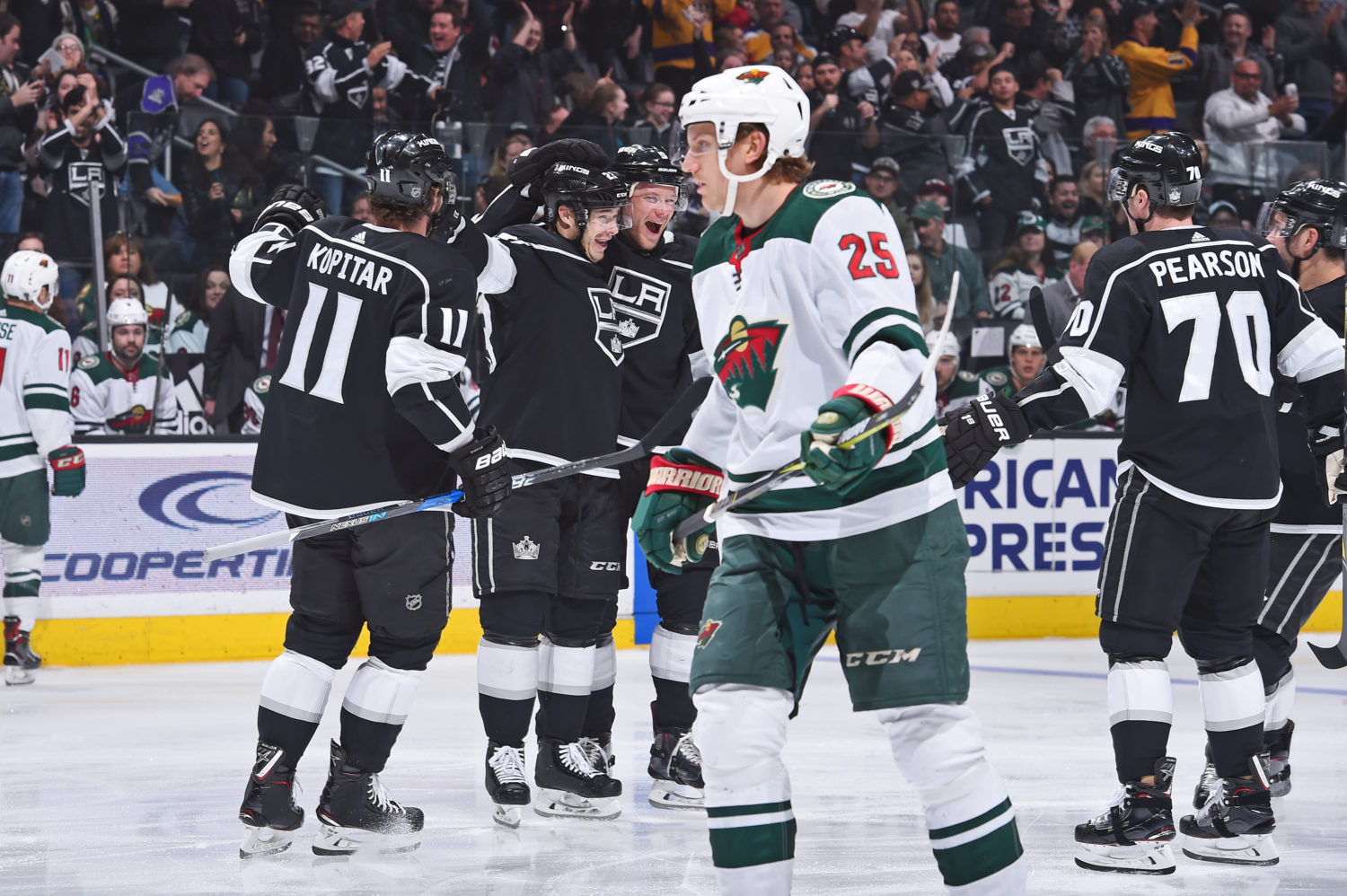 -The Kings won their league-leading 12th game when trailing at the end of the first period, the most in franchise history (previously 11 in 2016-17) and tied for the 15th most all-time.

-Dustin Brown (4-0=4) registered his fourth career hat-trick (last: Feb. 25, 2012 vs. Chicago) and scored four goals in a game for the first time in his NHL career. He also recorded his 61st point, surpassing his career-high in points (60, 2007-08). With both Anze Kopitar (March 22, 2018) and Dustin Brown (tonight) recording four goals in a single game this season, it is the fifth time in franchise history that two players have registered four-goal games in the same season (last: 1983-84, Brian MacLellan and Bernie Nicholls). Prior to Kopitar’s four-goal game at Colorado on March 23, the previous four-goal game by a King was Luc Robitaille’s on November 25, 1993 at Quebec. Those to have posted four-goal games as a King: Marcel Dionne (x3), Bernie Nicholls (x2), Mike Murphy (x2), Robitaille (x2), Jimmy Carson, Brian MacLellan, Ian Turnbull, Dave Taylor, Charlie Simmer, Syl Apps, Jr., Butch Goring, Serge Bernier, Kopitar and Brown.

-Drew Doughty (0-1=1) reached the 50-assist plateau for the first time in his career. He is the fourth Kings defenseman to reach 50 assists and first since Lubomir Visnovsky did it in 2005-06. It is tied for the second most assists in a single season by Kings defenseman (third time, along with Visnovsky and Steve Duchesne in 1988-89). The most assists in a single season by a Kings defenseman is 60, registered by Larry Murphy in 1980-81. He appeared in his 327th consecutive game. The club record is 330, set by Anze Kopitar from March 21, 2007 to March 26, 2011.

– Tanner Pearson (0-2=2) recorded his sixth multi-point game of the season and reached the 40-point plateau for the second time in his career (24-20=44 last season).

-Daniel Brickley (0-1=1) registered an assist in his first-career NHL game. Over 10:48 in his NHL debut, he was credited with one assist, a +1 rating, one hit, one blocked shot and one shot attempt, which was blocked.

-Christian Folin (0-2=2) recorded his second multi-point game of the season. He has surpassed his career-high this season in goals, assists and points (3-10=13)

Friday, April 6 is an off-day for the team. The Kings are scheduled to report to Toyota Sports Center at 10:00 a.m. on Saturday, April 7 in advance of their game against the Dallas Stars.