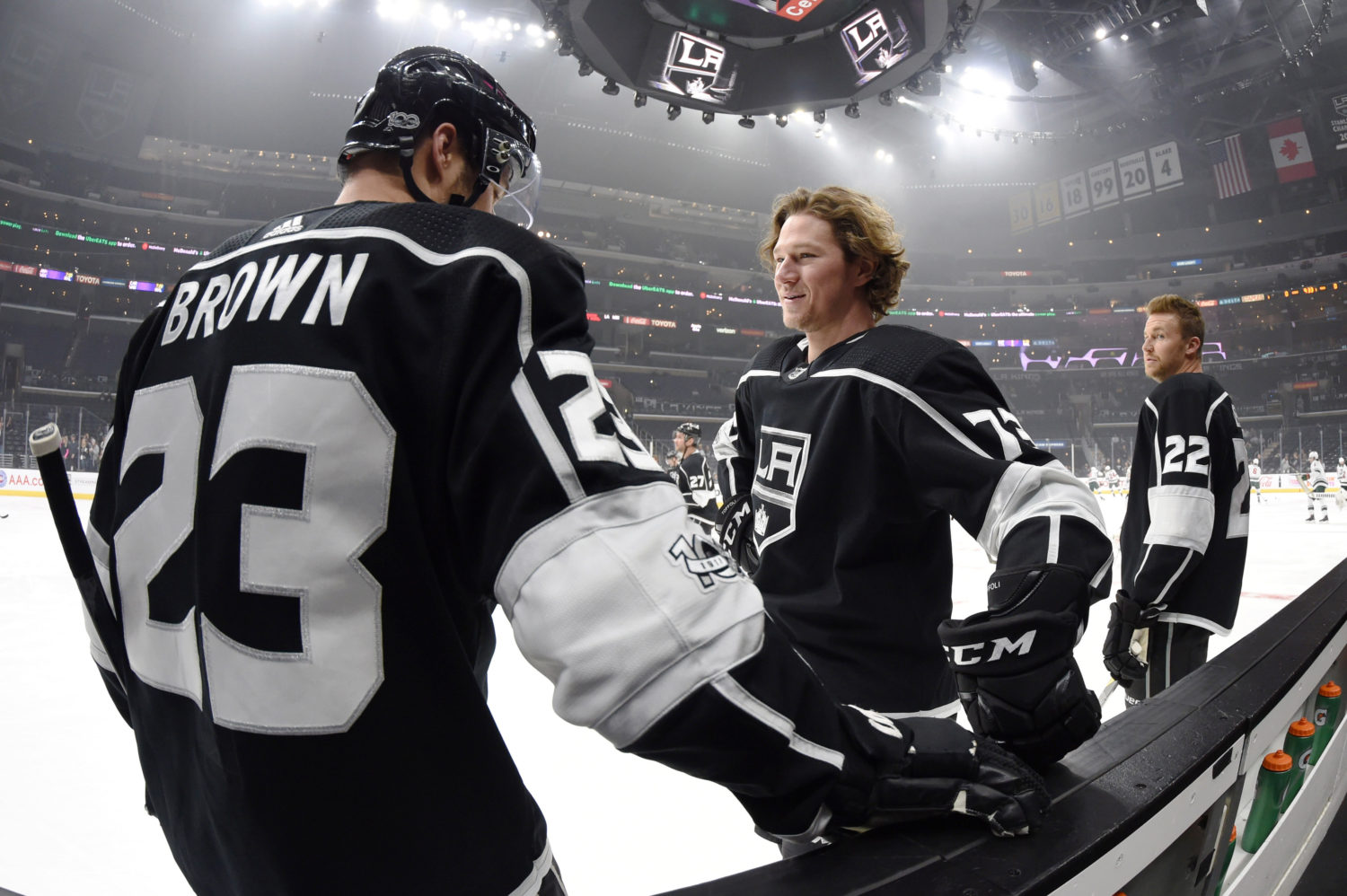 There were some memorable conversations during the LA Kings’ 2014 playoff run whose themes were resuscitated during the first media availability after they’d qualified for the 2018 Stanley Cup Playoffs.

In 2014, we learned that the Kings – and many professional sports teams who’ve won or have been on the verge of winning championships – are motivated by a fear of losing. “I think sometimes you have two great teams and one team loves to win and one team hates to lose, and I feel like the team that hates to lose will end up winning more times than not,” Jonathan Quick said during the Kings-Sharks series that year.

The idea was repeated with a little twist when the Kings faced the Chicago Blackhawks. “There are lots of guys that have won the Cup, so they know what it takes to win. I think it translates to us young guys,” Tanner Pearson said. “We don’t want to let the team down, so we’re going to try to do everything we can to chip in.” Pearson had nothing to worry about; he averaged half-a-point per game as someone several months shy of his 22nd birthday and totaled two goals and six points in the Western Conference Final against Chicago. His name is on the Stanley Cup.

But there has been an extended winter since the marathon, 26-game run of 2014. Los Angeles amassed 95 points but failed to qualify for the playoffs the following year. In 2016, they lost three one-goal games and were eliminated from their first round series on April 22. Last season, they missed the cutoff by eight points.

The Kings weren’t exactly swimming in positive press in the lead-up to the 2017-18 season, one in which there were valid questions raised about their scoring potential and the directional play of certain leaders and stars who’d been integral parts to prior runs but perhaps were showing their age and had fallen short of replicating individual zeniths.

And, regardless if the player was in their first season in the league or their 14th, there was still the competitive and emotional motivation, as Pearson had hinted at in 2014, to not fall short of teammates’ expectations. That, too, served as motivation in 2017-18. 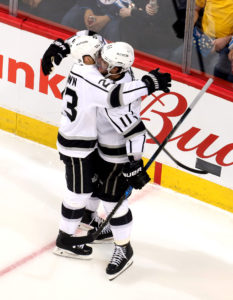 “It’s not for anybody outside this room, it’s for each other because the last couple years, maybe there’s been a little bit of feeling of letting each other down, and that’s a much bigger driving factor than what a writer or someone outside this locker room really thinks about our group of guys in here,” said Dustin Brown, who, at 33, has posted 57 points, tying him for the second-best individual season of his career.

John Stevens was watching the St. Louis-Chicago game when Duncan Keith scored with 8.5 seconds remaining. It was the goal that officially pushed Los Angeles into a playoff berth, and he didn’t exactly celebrate the accomplishment with, say, a Pumper-Nicholl windmill.

“I don’t tend to have an emotional outcry of theatrics, but I was definitely excited to know that we’re going to be playing beyond the end of the regular season, he said.

But, there was still the dusted-off understanding of what it meant to have qualified and the commitment necessary to ensure that the younger players comprehended the stakes of the games in front of them, while the veterans’ actions served as reminders of the environment that birthed 10 playoff series over three years.

“Some guys hate losing more than they like winning,” Brown said. “But, like I said, there’s been a core group of guys in here that have played a long time together in their careers. I think with the changes we’ve made over the summer, and having a fresh start in here, I think a big driving factor was just not having that feeling of letting each other down, because I feel like we’ve all probably felt that for each other, and vice versa. We’re a tight enough group to understand that and be O.K. calling that out.”

Such motivation is insular. It’s not necessarily based on hearing what was said on the outside about the team at their lowest points, but rather the fear of not being able to replicate the highest points.

But, if the Kings end up turning some early assumptions on their heads, that’s fine, too.

“People have the right to question those types of things based on previous years and based on other things,” Drew Doughty said. “They have the right to question that, and then when guys hear those types of things, we’re just more determined to get back to where we used to be. Considering we hadn’t made the playoffs and hadn’t won a series in however many series, to get back into the playoffs is huge. I know a lot of people were doubting our team as a whole, and even making playoffs, so to show them they don’t know what they’re talking about is pretty cool.” 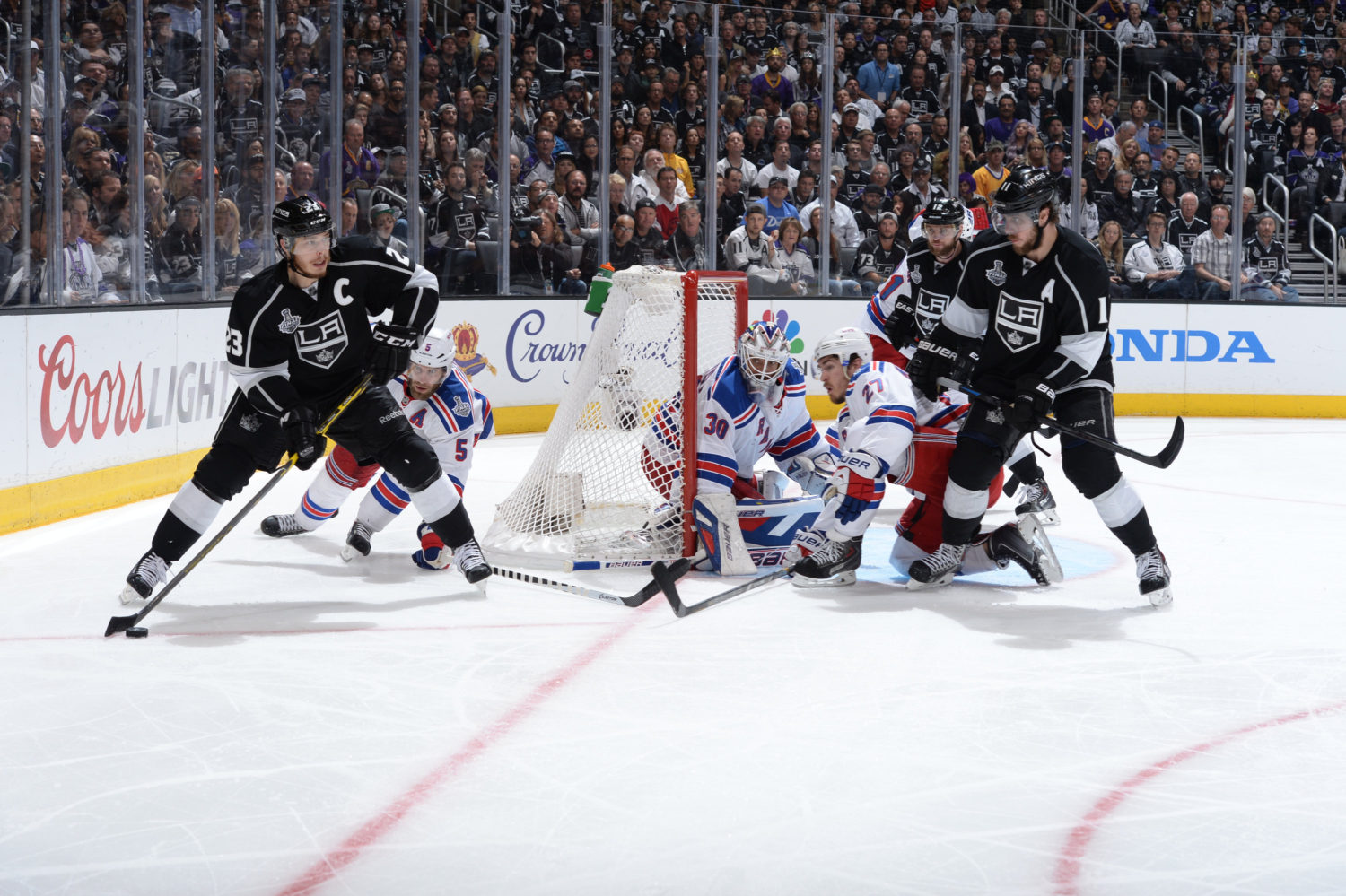