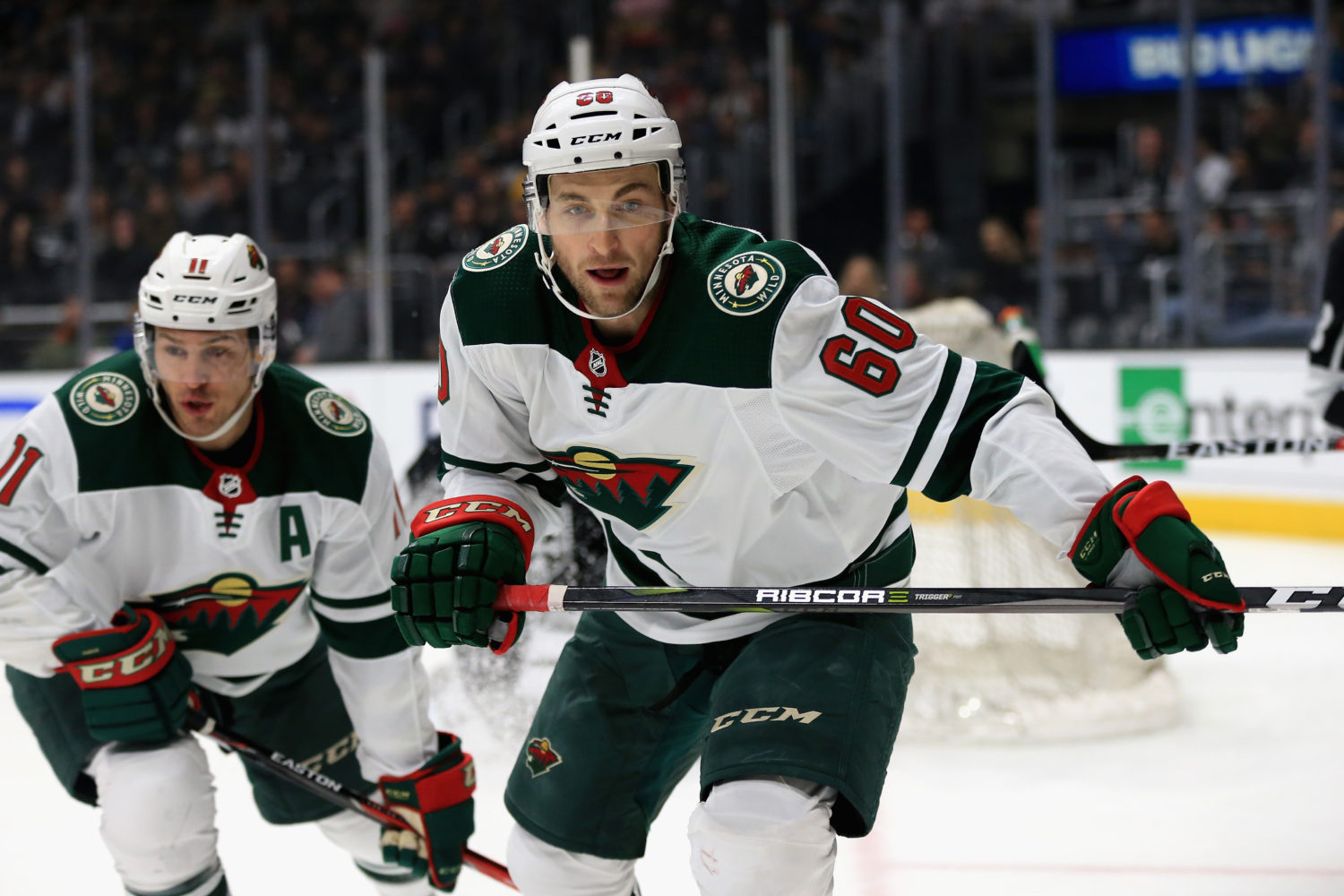 Bruce Boudreau, on what to take from tonight’s game:
There’s a lot of good you can take from this game. I mean other than the second period I thought we played really good. And you battled back against a team that’s the best third period team in the league. There was a lot of good things and we were getting the raw end of the deal at every turn. So they stayed with the program and consequently got rewarded for it a little bit.

Boudreau, on what he thought of Nate Prosser’s shorthanded goal:
Pretty good. I mean I don’t think you’re going to see that too often.

Mikko Koivu, on pushing back in the third period:
I thought in the first we were pretty good and they got the momentum in the second and we answered back for the third. Kind of a back and forth game.

Koivu, on taking pride in the team’s resiliency:
Of course. It’s going to happen, some games you’ll be down and obviously you don’t want to be in that situation. I think that’s something that we can do better with and get the lead instead of chasing the game. But there was that penalty–timing-wise I think that was a tough one for me–and obviously capitalized on that. So I thought they get the momentum there a little bit and like I said, a little bit of back and forth. First I thought we had it and the second they were all over us. In the third we were able to come back and get it on OT.

Koivu, on Prosser’s shorthanded goal:
well, first of all I thought him jumping onto the play, that was the right play. Yeah, had it all. Almost coast to coast goal. 11:20.

Eric Staal, on having a good third period:
Yeah it was good in the third for sure. I mean, battling back from down two, huge goal by Pross, fought through a lot–two five-on-threes. A lot of guys not in the game just because of that and with all of those things on top of it, it was a good job of battling back. Three-on-three left a lot to be desired, but there’s none of that in the playoffs.

Staal, on how much the team needed a strong third period:
Yeah, considering we spent most of the night in the penalty box, it was pretty good to be able to pot four in the net. It’s a pretty good defensive team. They don’t give up a lot normally. Tonight was one of those nights where we kind of found some areas, found some open spots, and were able to get a few by ‘em. So that’s good. Was a good third period. Overtime was no good, but forget about it now and recharge for tomorrow and get ready for the last one in San Jose.

Nate Prosser, on his first career shorthanded goal:
Yeah, I think Dums got it up to Mikko and our two D changed and I was jumping on the ice and I saw Mikko sort of curl up. And I saw an opportunity to charge up into the play and I thought it was a good opportunity to do it and I was able to sneak one by him.

Prosser, on whether he knew where he was going to shoot the puck:
Well, I knew I wanted to get it up first and foremost because I know Quick goes down in butterfly, so I just tried getting it up and was able to get it over his shoulder.

Prosser, on Kyle Clifford’s hit:
I don’t even know what to say about it. Dangerous, dirty. It was one of the worst hits I’ve taken this year if not in a long time. No need for that really at that time and I was at the blue line trying to get a shot to the net and I did not even see him coming. Probably took, I don’t know how many strides, and got my numbers. It’s brutal. I think that was a brutal play on his part and he’s kind of one of those guys that will do that.