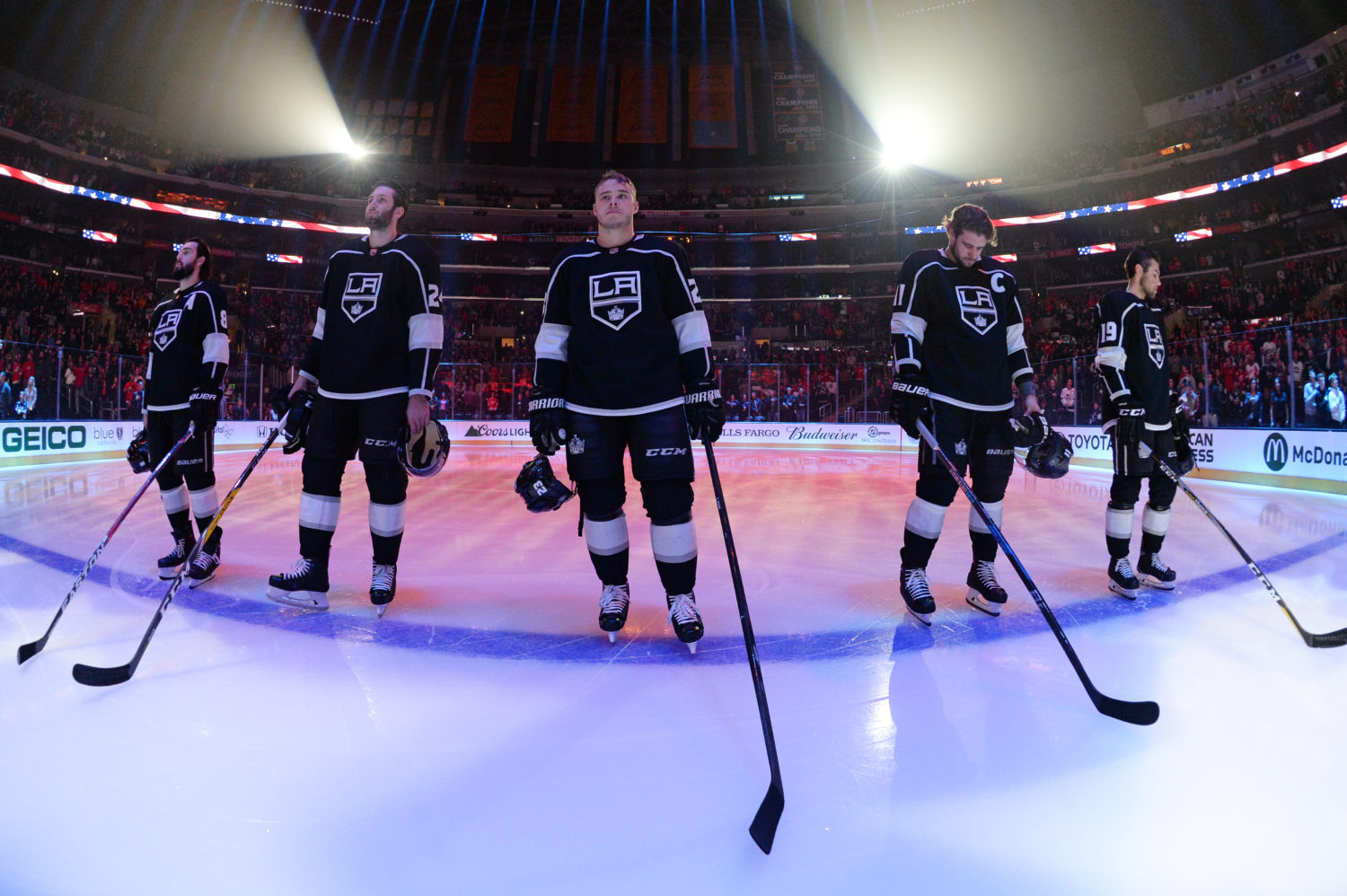 On updates on Jake Muzzin, Derek Forbort and Alex Iafallo:
Muzz is skating right now. Forby, I think probably week-to-week. That’s the type of injury he has – the first few days or the first week is going to tell you where he’s at and see how he responds, but I would say he’s more week-to-week than he is day-to-day. And, Alex, we’re not sure. He skated yesterday, we kept him off today, so we’ll just see where he’s at coming into tomorrow. I don’t really have a timetable on him, to be honest with you. I don’t expect it to be long term, but I don’t have a timetable on it. [Reporter: Is Muzz now ‘day-to-day’ instead of ‘week-to-week,’ like it was at first?] Well, he’s skating, which is a good sign. He’s still not back with the team in practice. That’s the type of thing with him at this time of year. I mean, if it was early in the season and coming out of training camp, you might want to give him a little more time at this time of the year. We’re going to get him back as soon as we can.

On whether Thursday’s lineup might be affected if the Kings clinch a playoff spot tonight:
Clinch what, though? [Reporter: A playoff spot.] Well, yeah, but you want to finish as high as you can, right? We still look at these games as important for two ways – one, we want to get as high as we can, and two, we want our team game in order. We’re not 65-0 right now and in a position to start resting guys. I think we’re focusing on each game just like we have all along. We need to get our team game in order, and these points are important for us. [Reporter: Technically, you could still catch San Jose.] It’s about each game, and I think getting your game in order. I’ve learned a long time you don’t wish for anybody. You just want to get in and you deal with who’s in front of you.

On whether he’s confident that Jack Campbell could step in for important games if needed:
We’re fully confident in Jack’s ability. He went into critical games with Vegas a few weeks ago and we expected him to go and play well, and he did. We had a game at home last week against Arizona where it’s kind of a must-win playoff game atmosphere for us. Jack’s worked hard. I think he has the confidence – it’s not only his staff, his teammates. I think he’s a huge help the way he handles the puck, He’s shown an ability to get into the net and handle the pressure of the moment and play in big games this time of the year. We’re fully confident in Jack and what he’s done here.

On whether tomorrow’s lineup will be match-up driven defensively:
No, we’ll just try to put the player in that – we think we’ll look at our pairs. Obviously we’re going to dress six and not five. Two left-shot guys go down, so we have a couple left-shot guys that are options for us, but it’s been next-man-up. It’s odd that there are that many defensemen injuries this time of the year. I think we talked about it yesterday. It’s the schedule, everybody wants to put pucks in deep and forecheck, so the speed of the game – Minnesota’s lost a couple guys, just like we have. We’ve got guys here that have played games before in Kev and Paulie LaDue that have come in and done a good job. We look at it as an opportunity for the next man up to come in and take advantage of an opportunity, just like LaDue had done previously. We expect that same thing to happen now.

On whether he’ll watch the St. Louis-Chicago game tonight:
I’ll be watching the Minnesota game. That’s who we play tomorrow. [Reporter: It’s before that game, actually, so you could watch a couple of them.] Yeah, I’ll obviouslyu watching and see what’s going on. Actually for us, as hockey people, you’re interested in seeing the whole league and what the match-ups are going to be, even in the east. But I’ll be more interested in watching Minnesota today and a couple of the defense that I’m not that familiar with and get a chance to watch that game.