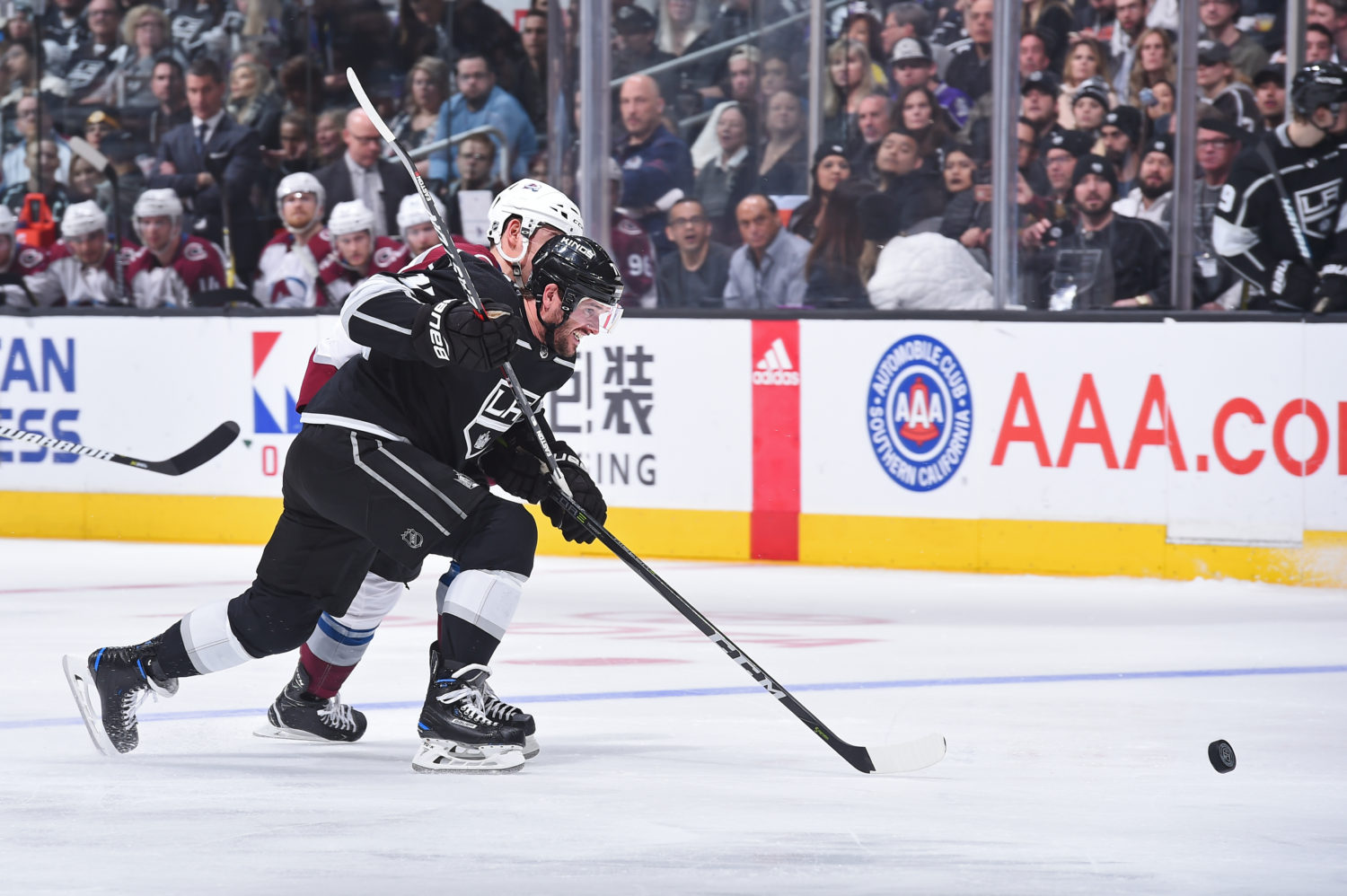 Brown, on his goal:
I just broke my stick off the draw. Just the way the play happened, I was close enough to the bench to grab one and I didn’t really know how I got the puck coming up the ice, but it was kind of like the end of a shift and everyone else was changing and I just waited for an opportunity to shoot it through the D’s legs. (Reporter: Nice assist by Bobby Halfacre on the bench there?) Yeah, I got my stick quick and I think I had a chance to close on a guy and bobble the puck kind of on that upper corner, so I just kind of grabbed my stick while it was over there.

Brown, on whether tonight’s win lets them “ breathe a little easier”:
It’s a big step. Things have to go really wrong for us and go really well for other teams, but again, you’re never in ‘till you’re in so we’ve got two days until our next one so just reload and get ready to win another game.

Torrey Mitchell, on his goal:
It felt good. We talked about getting off to a good start and it was a good way to end the first period and sort of get them back on their heels for the rest of the game.

Mitchell, on whether they’re beginning to close in on the playoff berth:
Yeah, there’s still work to be done, but it was a big two points and we’ve just got to keep going one day at a time.

Mitchell, on what the forwards did to lessen the defensemen’s burden with Forbort out:
Well, we didn’t do much in the first and second period, but I thought trying to get pucks behind their defensemen. But credit to our defensemen. They were pretty much double-shifting the whole game and they did a great job back there.

Mitchell, on the bounce off the end boards that led to his goal:
It was wide open too, right in front of the net. I mean, it happens, but I haven’t had many goals like that.

Mitchell, on what the team said to Clifford after he scored:
Yeah, he’s been doing all the right things and he’s been playing really hard, playoff-style hockey, so it was nice to see him get rewarded. He’s got some skill, he can score goals like that, and everyone’s happy for him.

Mitchell, on winning the season series against Colorado:
I guess we have their number. I don’t know, they’re a tough team to play against. They’re really fast and you saw in the second period, if we’re not on our toes they can take advantage of the game. So they were definitely getting some momentum in the second there, but we got it back early in the third.

Mitchell, on the benefit of having a few days off before Thursday’s game:
Yeah, for sure. We know how important the next two points are and we want to get in the playoffs, so these next two days we’ll get our work done in practice, but recovery as well.