Forbort leaves game in first period with lower-body injury, does not return 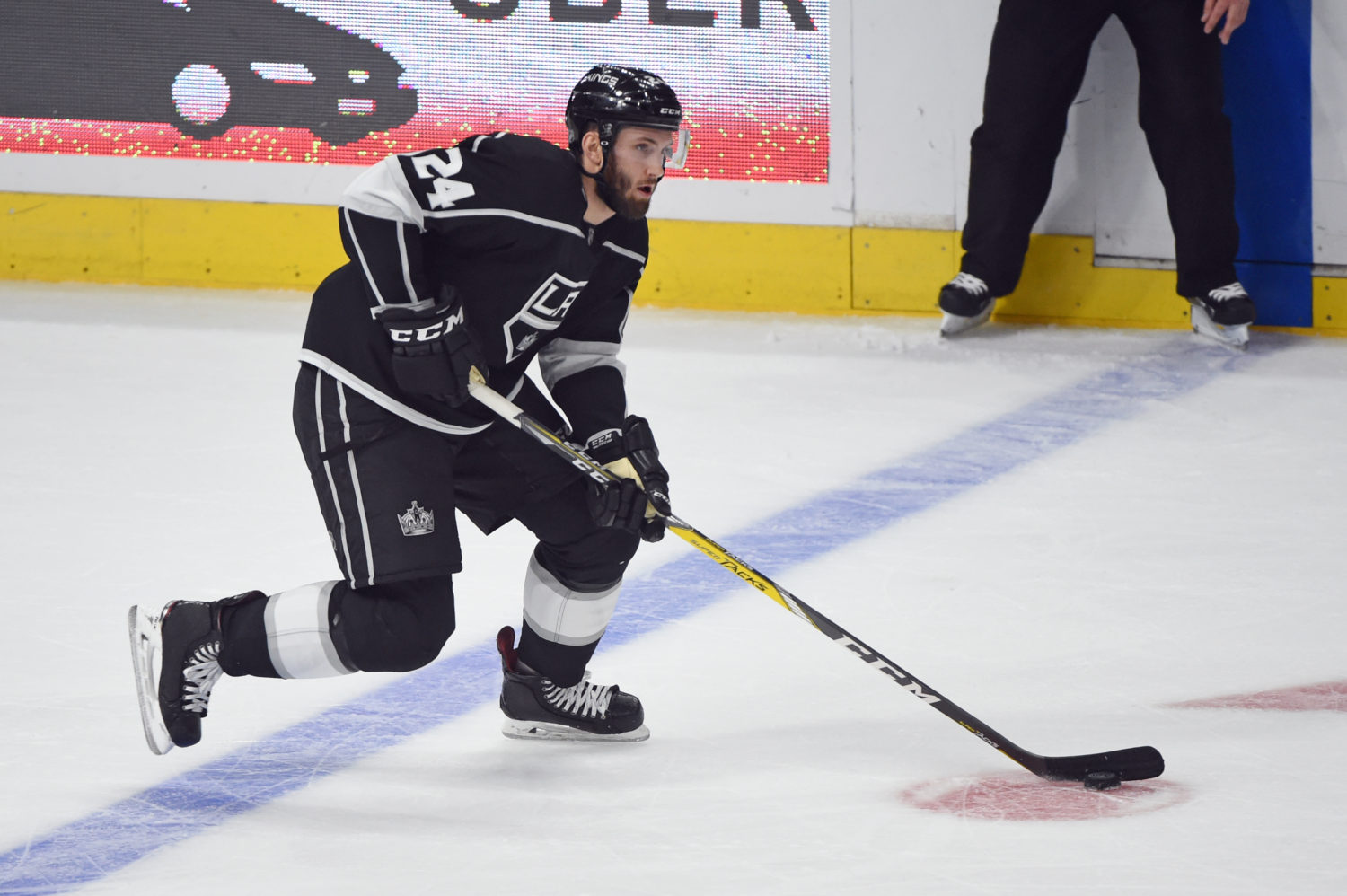 The LA Kings, who have been without Jake Muzzin for the last two games, may have suffered another significant blow to the left side of their defense as Derek Forbort was injured on a hard hit from Gabriel Bourque near the boards at the attacking blue line early in the first period. He headed down the tunnel to the Kings’ dressing room and did not return to the game, experiencing what a Kings representative described as a lower-body injury.

John Stevens said that he had not yet checked in with the training staff after the game – “I only knew that he wasn’t coming back,” he said – but this note wouldn’t seem to be ideal:

Kings D Derek Forbort left Staples on crutches and not putting weight on his right knee. No official update from John Stevens.

Without Forbort in the lineup, Stevens made an unorthodox adjustment: he played Drew Doughty on the left side for the occasional shift as part of his nearly 29 minutes of ice time. Alec Martinez logged a career-high 32:11. Dion Phaneuf played 21 minutes, while Christian Folin cracked 20 minutes for the first time since January and finished with six hits and six blocked shots. But losing Forbort – who has been playing his best hockey of the season for the better part of the last month – for any length of time would be a difficult blow for a team on the verge of a playoff spot. Kevin Gravel would be the next player up and is capable of playing both the left and right side; beyond Gravel, there is Daniel Brickley, the former Minnesota State-Mankato left-shot defenseman who signed a contract with the club last week.

Los Angeles has two games remaining, both at home: Thursday versus Minnesota, and Saturday versus Dallas.

More on Forbort will be learned at the team’s practice on Tuesday.