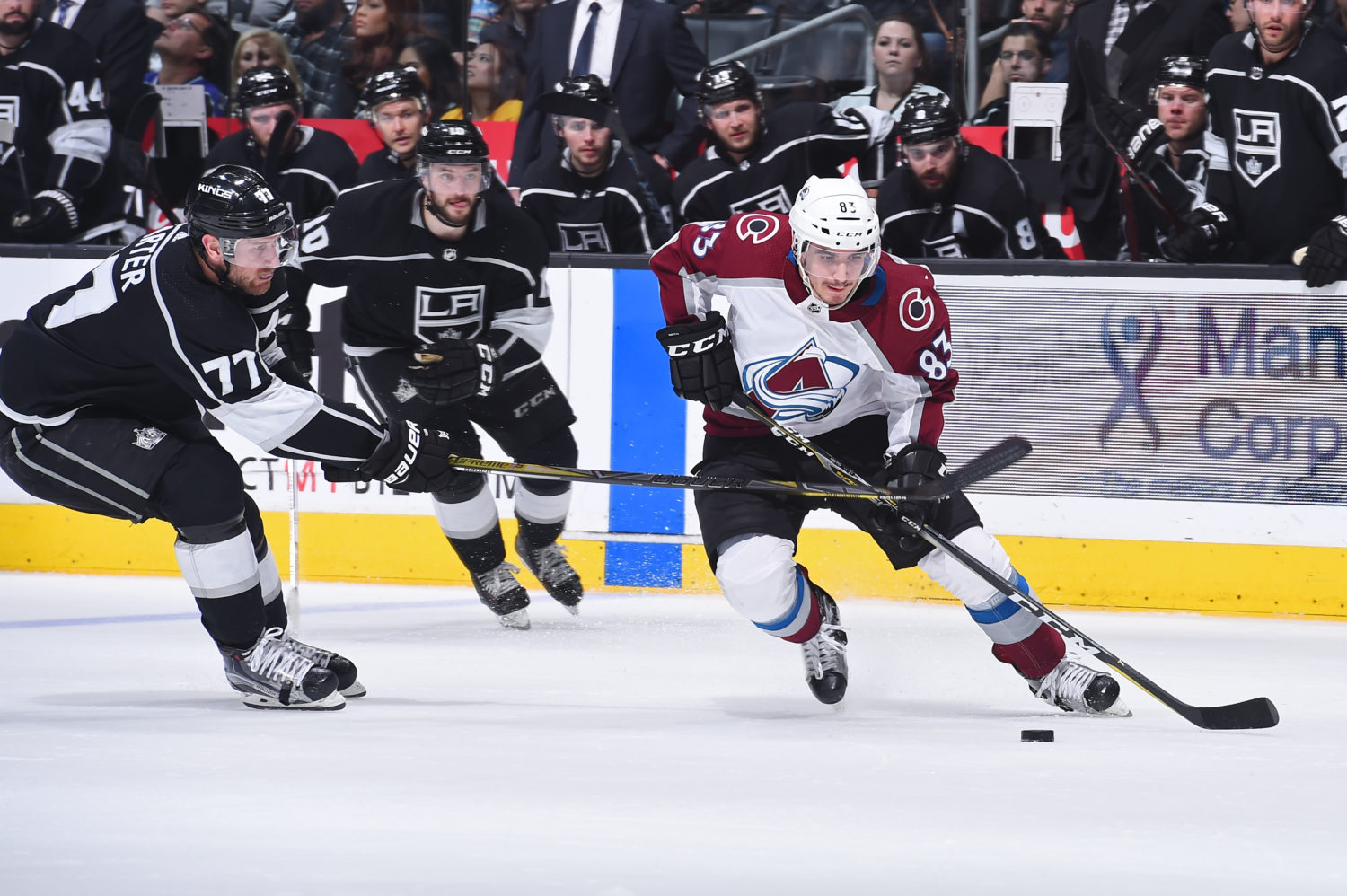 Jared Bednar, on what he thought of the game overall:
Well we made a couple mistakes really early on. Missing some checks coming out of the offensive zone, they got a couple, they have a two-on-one and a breakaway there early. We survived those and then they get a couple strange goals there. One that bounced off the end glass and came back in front. But I thought that as the first period went on we got better and better and we had a really good second period. Limited their chances, limited their shots. Got to try to get something going offensively. You know, we had a couple good looks, but Quick was up to the task. And yeah, that’s about it. We’ve got to find a way to score a goal or two and hopefully try and keep one or two of those out of the net. But a couple funny bounces tonight that went in. A couple strange goals.

Bednar, on not getting goals from his top line:
Well yeah, that’s a reality of it for our team and where we’re at. But I also think it’s also MacKinnon’s line against Kopitar and their line and Doughty. So if that’s it, I mean I’m trying to think back. Well, Brown scored shorthanded, right? I don’t think Kopitar’s line had anything either. So we should be able to win even if we don’t get something from MacKinnon’s line. Our team has to step up and other guys have got to step up. If that’s a matchup, that’s a tough matchup, and if it’s a tie then you’ve got to try to win it someplace else.

Gabriel Landeskog, on the opposition focusing in on his line:
Well, no doubt you’re playing against a good defensemen every night. Obviously Doughty and Phaneuf are real good shut-down defensemen so they’re making it tough on you. But I think as a line we know we’ve got to be better. And obviously we’ve got to produce and score goals, but it’s alto a team game, you know? This is the time of year that everybody needs to step up and, like you started with, we’re as hard on ourselves as anybody and we expect to produce every night. And tonight I thought we had a few good looks, and obviously on the power play I thought we should’ve had one or two, but that’s the way it goes.

Nathan MacKinnon, on the top line not generating goals as of late:
Yeah, it’s tight. I mean we’re working for everything that we get. I thought in the second we had some good looks. On the power play we had some good looks. Those are, everything was kind of going in the whole year and now it’s just really tight. The teams we play, I mean Vegas, these guys, Anaheim, you know it’s tough. We’re going to have a tough stretch and they’re definitely keying in on us and we’re definitely the heartbeat of our offense so if they can shut us down they have a good chance of winning. I mean we’ve scored one goal in four of six games or something, so we need to figure something out here.