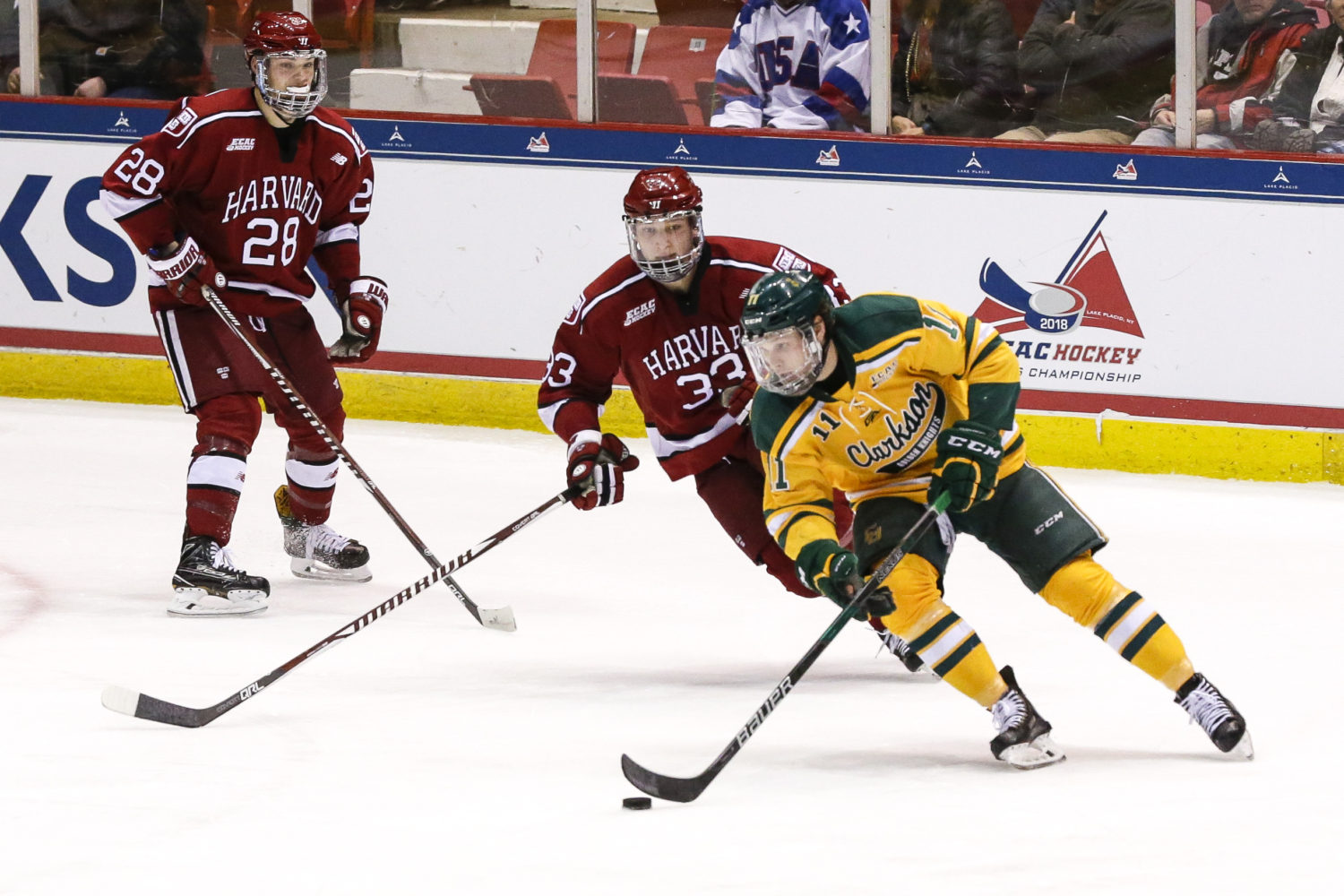 After a Saturday away from the rink, the LA Kings took the Toyota Sports Center ice Sunday morning for a practice that began a crucial stretch of a schedule that will determine whether they play past Saturday, April 7.

As long as the Kings have something to play for in their remaining three games, it is unlikely at this point that either will get into a game during the regular season.

There were interesting words shared on these two players from management, and how the organization led multi-faceted pushes to encourage both NCAA free agents to sign. Brickley, who chose to sign with Los Angeles after having met with Detroit and San Jose, had spoken late in the week about the “surreal” recruiting push and how the decision to sign with the Kings “just felt right.”

“Absolutely loved the upper management, staff, owners, coach, and I just had an outstanding time while I was in L.A.,” he said on Friday. On Sunday, he showed up for his first real day of work. “You watch these guys on TV all the time, and it’s just a good opportunity to come out here, and I’m glad I can be a part of it,” he said. “It was fun, it was good. A little rusty, but hopefully that goes away pretty quick.”

As for Rempal, a visit to L.A. closed a week in which he hopped across the continent, meeting teams and representatives in Pittsburgh, Chicago, Ottawa and San Jose. There wasn’t one singular reason why he chose Los Angeles; rather, it was “just everything” offered by playing for the Kings, as he described it.

“I think the whole feel of Los Angeles and the Kings organization was just the perfect fit for me,” he said. “I think my game will hopefully fit in the right way, but I think just going through the whole process throughout the day on Thursday when I got to meet everybody, and just talking with people casually, there are good people here. I had a lot of fun that day and then kind of slept on it, and I knew when I woke up this was the right spot for me.”

Rob Blake and members of the team’s hockey operations staff hosted Rempal at Thursday’s game, a thrilling 4-2 comeback over Arizona. He ultimately chose Los Angeles over several of the aforementioned teams the next morning.

“I kind of had a little way to go, so after the game I sat down with my agent pretty late into the night and just balanced all the pros and cons to it,” he said. “Then I slept on it, and it came down to a decision the next day, and I knew probably around 11am on Friday morning that this was the spot.” 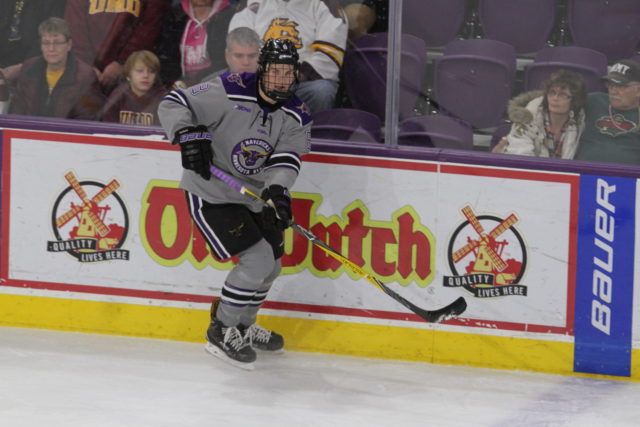 John Stevens, on Daniel Brickley:
Obviously he’s got good size. He’s got really good puck-moving ability. I think his biggest asset, based on what I’ve seen, and I’ve watched some of his games, is he’s got some really good deception and escapability in his game. It’s going back for retrievals and some transition, and that’s on the offensive blue line. He moves well for a big kid, and he moves the puck when he should. There’s a guy open, he gets up to the forwards right away. He’s more of a join-not-lead [ed: the rush] type of player, but a very efficient puck-mover, I think. The games I saw, he’s a real sound positional player, but the thing that stood out for me was just the ability to move pucks and the deception he had at doing so.

Stevens, on Sheldon Rempal:
Rempal, he’s got a lot of skill. I think he sees the ice really well. He’s a really competitive skilled kid. He had 23 goals in college hockey, which is not easy to do, and was a real competitive player right down the stretch there in terms of having the puck a lot and trying to create space, even in tough games. He’s a smaller player, but what he lacks in size, he makes up with in competitiveness. Sees the ice well. I saw him for the first time today on the ice – he’s got some deception in his game where he’s made a lot of plays on the rush and has got a real nose for the net. He’s got good vision offensively.

Stevens, on the biggest challenges to making the jump from NCAA hockey to the NHL:
Pace, I would say. Just, I think, getting used to the pro game and the pace of the pro game, and how firm the game is. So, I think it’s just getting them acclimated, up to speed with pace. And just making sure they understand how firm the game is and how hard it is and how important. Well-played puck battles, it’s all great what you can do with the puck, but you’ve got to have the puck first. I would say just getting into practice, and I thought they did fine today in practice. It’s not easy coming in, and they’d both been off the ice for a little while [and then] come in to an NHL practice. But, obviously they have confidence as players. They come in and they made a pretty good account of themselves. But we really wanted to get them up to speed. The coaches sat down with them today and just went over some video, just giving them some ideas of expectations and style of play, and we’ll continue to do that. But a real good opportunity to see an NHL game this time of the year.

Stevens, on how he participated in the recruitment process:
A little different with both kids. I had a little opportunity to see a little more of the Brickley boy because we had some access to the video. I didn’t get a chance to watch Sheldon, but I talked to Blakey and our staff about what he was, and I actually talked to my kids, because they knew him from school. Nolan had seen him play when he played for Clarkson against Providence, and I trust my kids’ opinion, too. They’re pretty honest about it. But, I sat down with Daniel and told him what I saw in his game. I thought his game and his skill set was a really good complement to the way we want to play and we want our defensemen to play, and with Sheldon, it was more about the opportunity here. I think Alex Iafallo is a great example of it doesn’t really matter where you were drafted, how high you were drafted or if you were drafted. We’ve done a good job here of evaluating the player and where you’re at, and whether you can help us or can’t help us. I saw him on game day, didn’t really have a ton of time, but I got a chance to meet with him when he came in here, and then he would’ve sat down with our development staff and Blakey and his staff, and they would have a lot more information on him as a player and what their expectations were and what his opportunity would be.

Stevens, on the benefit of both players getting an understanding of the NHL environment:
I just think that being around the game, understanding the preparation that goes in and how tense it is this time of year in terms of being ready to practice and play and getting a chance to see some of the best players in the game, go through that process. There are some great players in the locker room that have had a ton of success and are preparing to win games this time of the year. I think for a young player, that’s invaluable to see it firsthand. The coaches can talk about it, we can tell you about it, but now that they have a reference point of seeing it, living it, whether they play or don’t play, I think it’s really going to help their acceleration as young pros.

Daniel Brickley, on his excitement in signing a contract:
Oh, ecstatic. That’s every kid’s dream. Myself, my family, it was something else, it was incredible.

Brickley, on the feel he got from the players on the first day:
It’s the end of the season, there’s a playoff push here. But everyone was awesome. They took me under their wing. Everyone showed me the ropes for the most part on the first day, as much as they could. It was a great first day.

Brickley, on his crash course in systems play and expectations:
This morning I had to go in and watch a little video, systematic stuff to try to get me up to speed as quickly as possible. The rest is on me – how quickly I can learn it and use it in my game.

Brickley, on Drew Doughty:
He’s one of the best in the game. It’s awesome to be out there with him and watch how he plays and try to learn from him as much as I can and try to use towards my game.

Sheldon Rempal, on the quick turn-around and skating in his first NHL practice:
It’s obviously a little nerve-wracking. Like you said, there are some big names on this team. Everybody’s an NHL player, so I just had to bury the nerves a little bit, and at the end of the day, it’s just hockey, and relax and I know how to play, and just have fun with it.

Rempal, on Clarkson products Dave Taylor and Willie Mitchell factoring into Kings history:
I haven’t met them personally, but I know that Dave Taylor and Willie Mitchell have been back for alumni weekends and have seen a couple games. It’s great to have that alumni there. It would’ve been nice to talk to Willie about here, but I definitely did my research and talked to a lot of people, and there were nothing but good [things], so it was an easy decision. 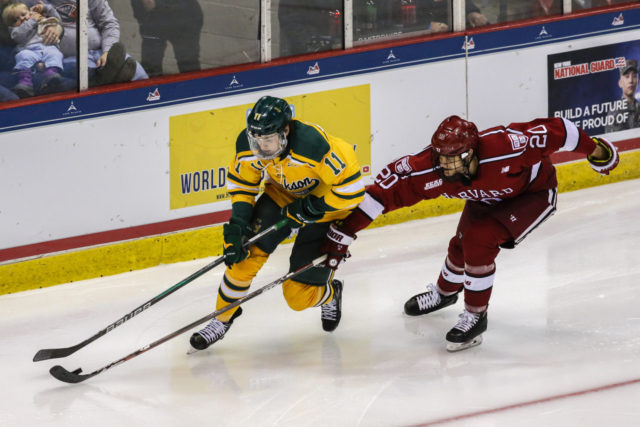