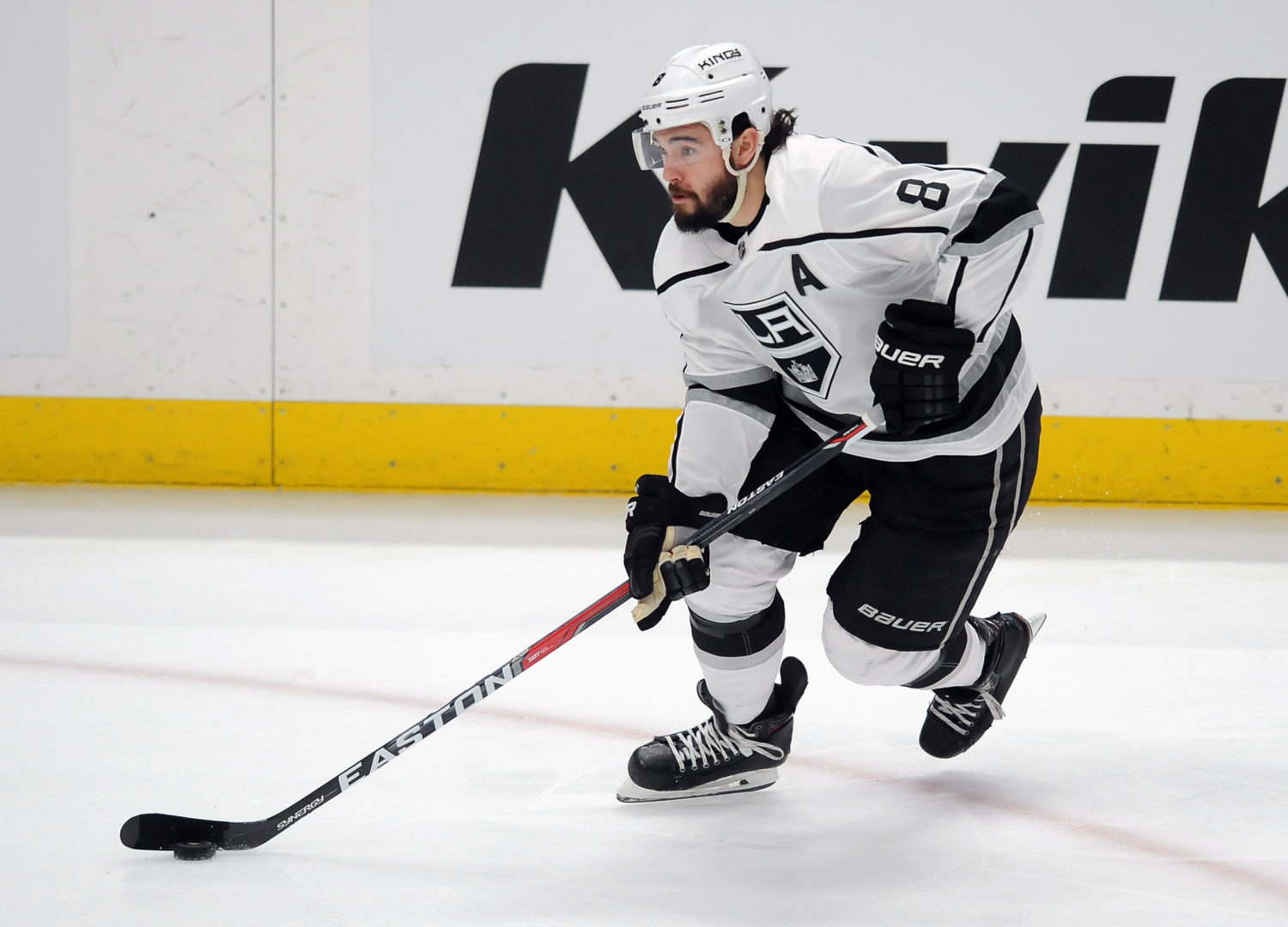 Anze Kopitar, on whether he’s satisfied with getting a point:
Well, obviously we wanted the two, but we’ll take the point. You know, I don’t think we can be satisfied because we know we can play a lot better than we did tonight. And credit to them, they played well. We might have looked a little bit out of gas with playing last night. We don’t want to take that as an excuse, but I mean it does catch up too. So we’ll take the point, but we can’t be satisfied with just a point.

Kopitar, on the third period:
I actually think the third period was good, it was the second period that was–I know they poured on quite a bit. So I think a lot of credit goes to Jonny back there. I thought he was very solid, made some point blank stops, and I think it was because of him that we got the point.

Kopitar, on where tonight ranks in terms of intensity in games against the Ducks:
I mean they’re always intense, right? And with four games left and with playoff spots on the line we don’t really expect anything else but really a lot of emotion and a high-energy game.

Drew Doughty, on being confident going into the third period:
Oh, yeah, we were confident that we could win that game going into the third. We had a breakaway with like 30 seconds left and that could’ve sealed the deal right there. We didn’t play good enough for the full 60 minutes to win a hockey game tonight. In order to beat that team, you have to play a lot better.

Doughty, on the Kings’ current playoff position:
I think if we win out our games, we should be able to make it to the playoffs. We got that one point, which is big, but we basically have to win out.

Doughty, on Jonathan Quick’s play:
Quickie always plays well. He made some big saves at some key times and our defense played our defensive game as a whole – it was very good, as well. We just need to do more on getting the puck in their zone and keeping it down there.