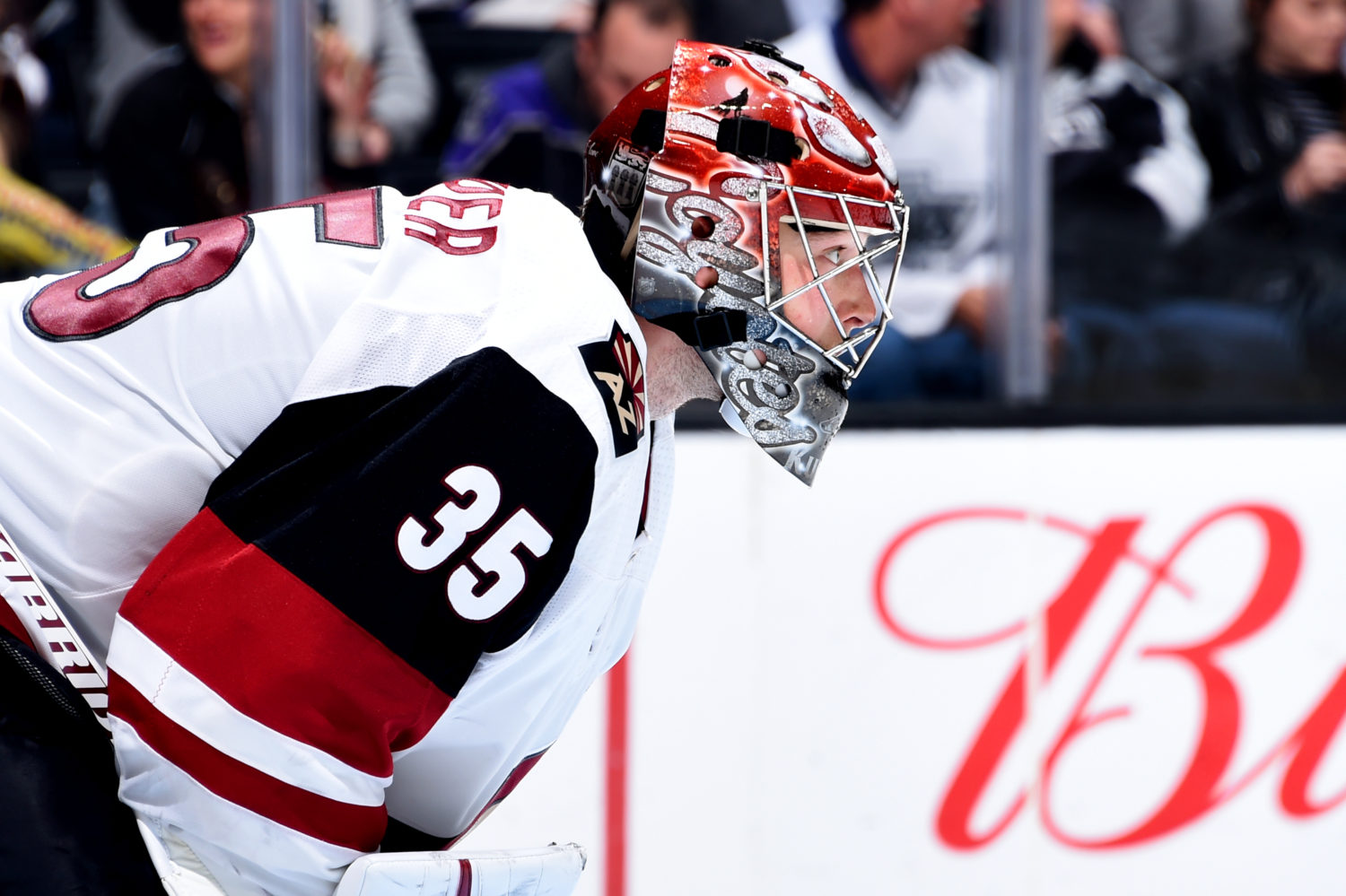 Rick Tocchet, on his team’s performance:
Yeah, we knew it was going to be a physical game in that sense, but I give the guys credit. We had some guys that played a lot of minutes, a lot of guys were tired, but 2-2 game late in the game. And you know, Carter had a hell of a game. Three goals, he’s a world class player. But yeah, we had a couple of chances, but proud of the team. Had a good road trip. Guys played hard.

Tocchet, on whether his team was setting the pace in the first period:
Yeah, I loved our energy. Like I said, we wanted to make short shifts, drive the tempo. I thought after getting out of the first, I knew LA was going to make the push. We ran into some penalties. Had to kill six minutes of penalties in the second. That really, I think that gassed a lot of our guys. Overplayed a few guys, but like I said, 2-2 with four or five minutes left, I would’ve taken that right from the start.

Tocchet, on whether Kuemper showed him anything tonight:
Yeah. Yeah, he played well. He’s a big goalie and he’s still working on his game this summer, but that’s why we signed him, because we like him.

Darcy Kuemper, on the team’s performance in front of him:
I think the guys played like they’ve been playing this whole trip. If you didn’t know, you wouldn’t have known it was at the end of a 10-day road trip. Yeah, just another close loss.

Kuemper, on his performance:
I felt good in there, just frustrated with the loss.

Kuemper, on what he was thinking when Carter was coming in to score his third goal:
Just came out and challenged him. He shot a rolling puck and it just dipped on me a bit.

Kuemper, on playing against his former team for the first time since being traded:
It was definitely weird. I’m kind of glad it’s over with now. It would’ve been nice to get the win, but nice to get that first game against the out of the way.

Max Domi, on the mental and physical challenges of the game:
Yeah, I mean that’s a team fighting for a playoff spot right now and a lot of experience and I mean they didn’t quit. So I think that can go to the memory bank and find ways to win that next year. Good test for us, but really good learning experience too. But we’ll take that and move forward and we’ve got four games left and hopefully we can make the most of those.

Domi, on whether fatigue was a factor in the third period:
No we’re—got young legs for the most part and even our veterans are in unbelievable shape. So we weren’t tired, that’s just—mentally tired maybe, but you’ve got to find ways to battle through that. And like I said, that’s a learning experience for all of us.