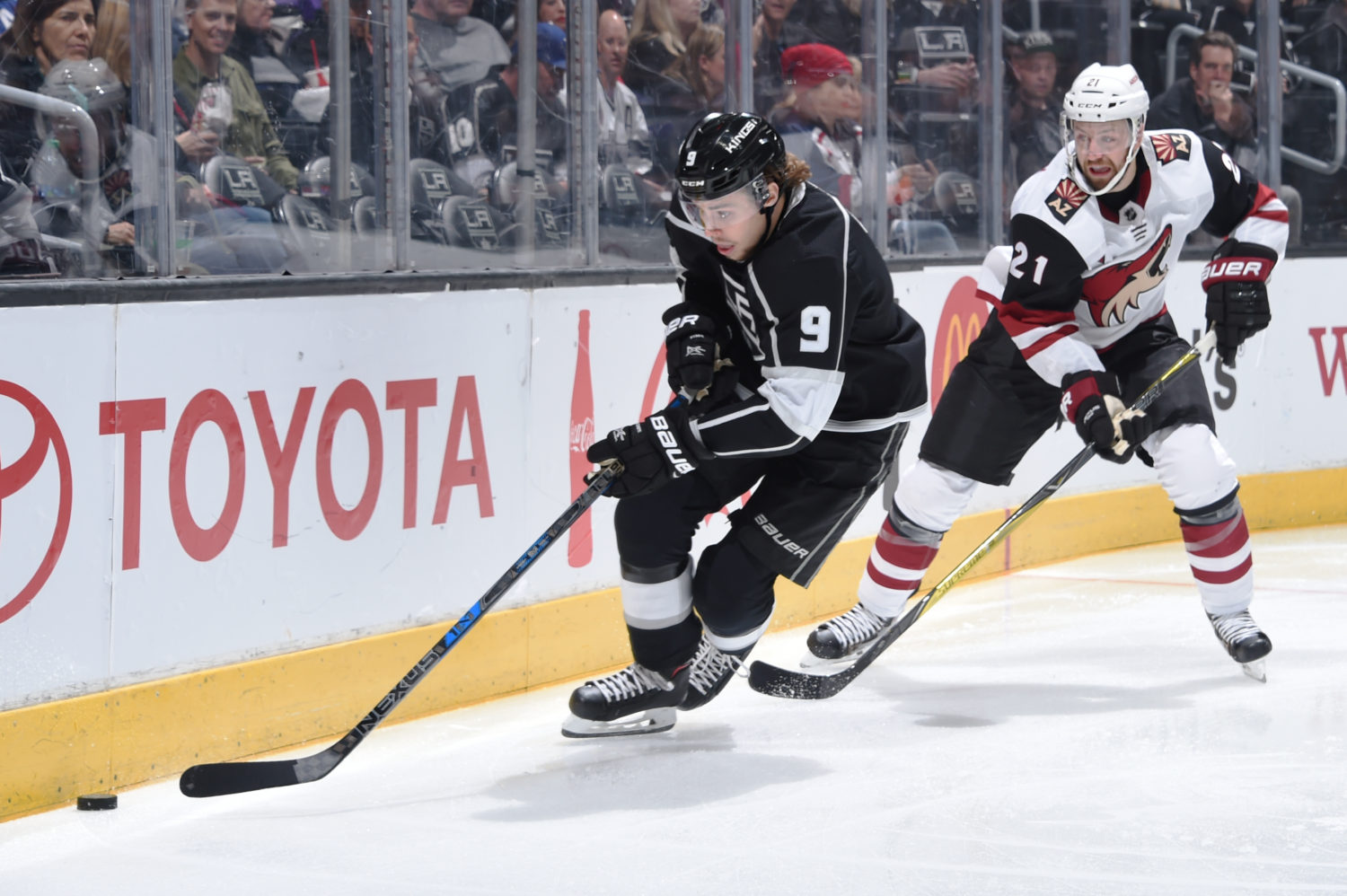 On what it says about the team that the defense has combined for 175 points:
Well, we’ve tracked that, I’ve always tracked that stat as long as I’ve been coaching. I think it’s just an indication that we want our D involved in the rush, and we want our D involved in the offensive zone, and I do think we’re one of the few teams in the league that uses four defensemen on the power play, so it contributes to those stats a little bit. We want all of our defensemen contributing at both ends of the rink. Whether it’s Folin or Doughty, we think there’s a responsibility of getting pucks to the net. Being involved offensively, it’s just too hard of a game anymore to play with three guys offensively. I think the other team, we told our team this yesterday: we think our forwards deserve a lot of credit for being inside, being at the net, using the puck low-to-high, creating shot lanes for the defensemen like being at the net, and controlling the shot lane a little bit by being in the middle of the ice in their zone. We think it’s all tied together, but I certainly think it’s one trend in the game where you want your defense more involved now than ever before.

On aspects of Arizona’s game that have improved over the last month:
It’s pretty much been everywhere, to be honest with you. I think their goaltending has really solidified. Rantanen and Kuemper have played very well. Their defense is extremely mobile, and they’ve got a really deep group of forwards where they have four lines that can all skate. They’ve got size and they’ve got skill on every line. If you look at the Richardson line, they’re slated as the fourth line, but they played them head-to-head with Kopi went we when in there. I watched the Tampa game and the Vegas game, two of the faster teams in the game, and they controlled the game. They skate really well. Because they use all their lines anywhere from 12, 13 minutes to 18 minutes, nobody plays too much, so they have lots of energy, and their forwards do a lot of work in pursuing the puck, and it allows their defense just to gap up and receive the play. They’re not an aggressive pinching team. I think they might’ve been a little more aggressive down walls before. Their D receive the rush and then they counterpunch you in a hurry. They’re a really good transition-attack team where they get the puck up to their forwards quick, and they arrive with speed. They had five breakaways in the Tampa game, which is almost unheard of. I don’t think I can put a finger on it. I think just their commitment to the team game has been outstanding. They’ve been one of the better defensive teams in the league, and I think the results have shown that over the last 20 games.

On whether it’s concerning that Adrian Kempe hasn’t scored since February 7:
We’d like to get some production from everybody, but I’ll be honest with you – I really liked the way he played the other night. I thought he was really hard on pucks. I thought in a physical hockey game he was a really good competitor, and he just gets himself on the right side of pucks and he creates with his speed. He won a big faceoff that led to one of the power play goals there. I’ve always felt when you have guys on your team that can help you win when they don’t score, it’s a really good thing. I think Jeff and Kopi can do that. Even though we want them to score, on the days they don’t score, they help you win, and I think Adrian’s game has really been a help for us, even though he hasn’t scored. I think he’s a guy that we’d like to see a little more consistent and not have that type of drought. We need goal scoring. But, I think more importantly, the way he plays without the puck has really helped our team.