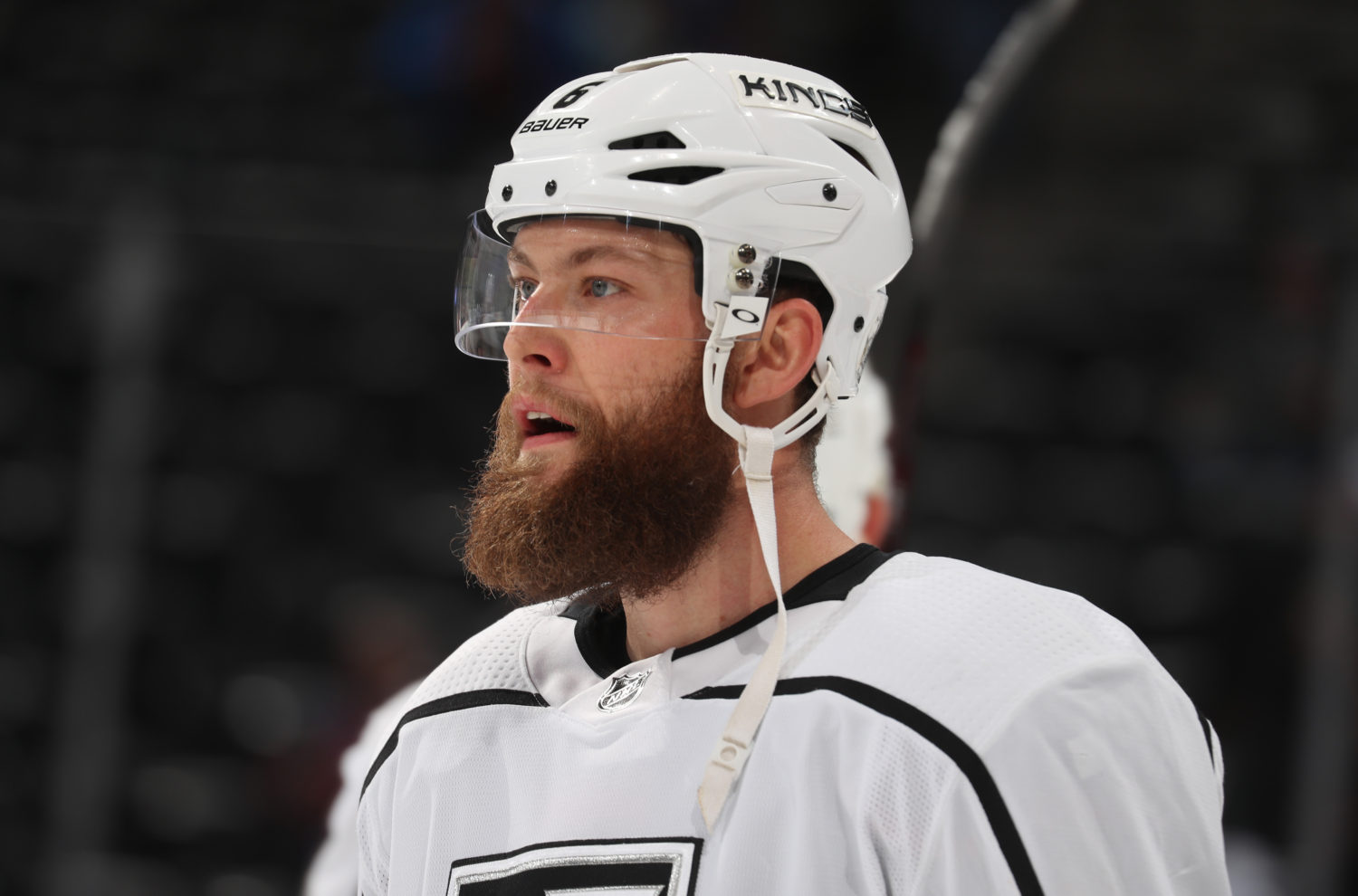 LA Kings hockey operations told LA Kings Insider via email that Jake Muzzin is “listed as week-to-week” with an upper-body injury. More will be learned from John Stevens after Wednesday’s practice, but this casts significant doubt on Muzzin’s availability for the remaining five games of the regular season. Those games are against Arizona on Thursday and at Anaheim on Friday before Los Angeles returns to Staples Center next week to close out the season with a three-game home stand in which they’ll face Colorado on Monday, Minnesota on Thursday and Dallas on Saturday. The Kings are in the first wild card position with 91 points, though the teams immediately ahead of and behind them have at least one game in hand in a tight Western Conference race.

Muzzin, 29, has set career-highs with 34 assists and 42 points through 74 games while averaging 2:15 of power play time and 2:22 of shorthanded time as part of a 21:50 per-game average. His 52.9% is tied for the team lead among qualifying players, while his +4.9% CF%Rel leads all Los Angeles regulars. (via Natural Stat Trick)

Muzzin was checked awkwardly into the boards in the first period of Monday’s 3-0 win on a hard hit from Calgary forward Micheal Ferland, who was not penalized on the play. After returning to the bench in discomfort, he traveled down the tunnel to the dressing room and did not play for the remainder of the game.