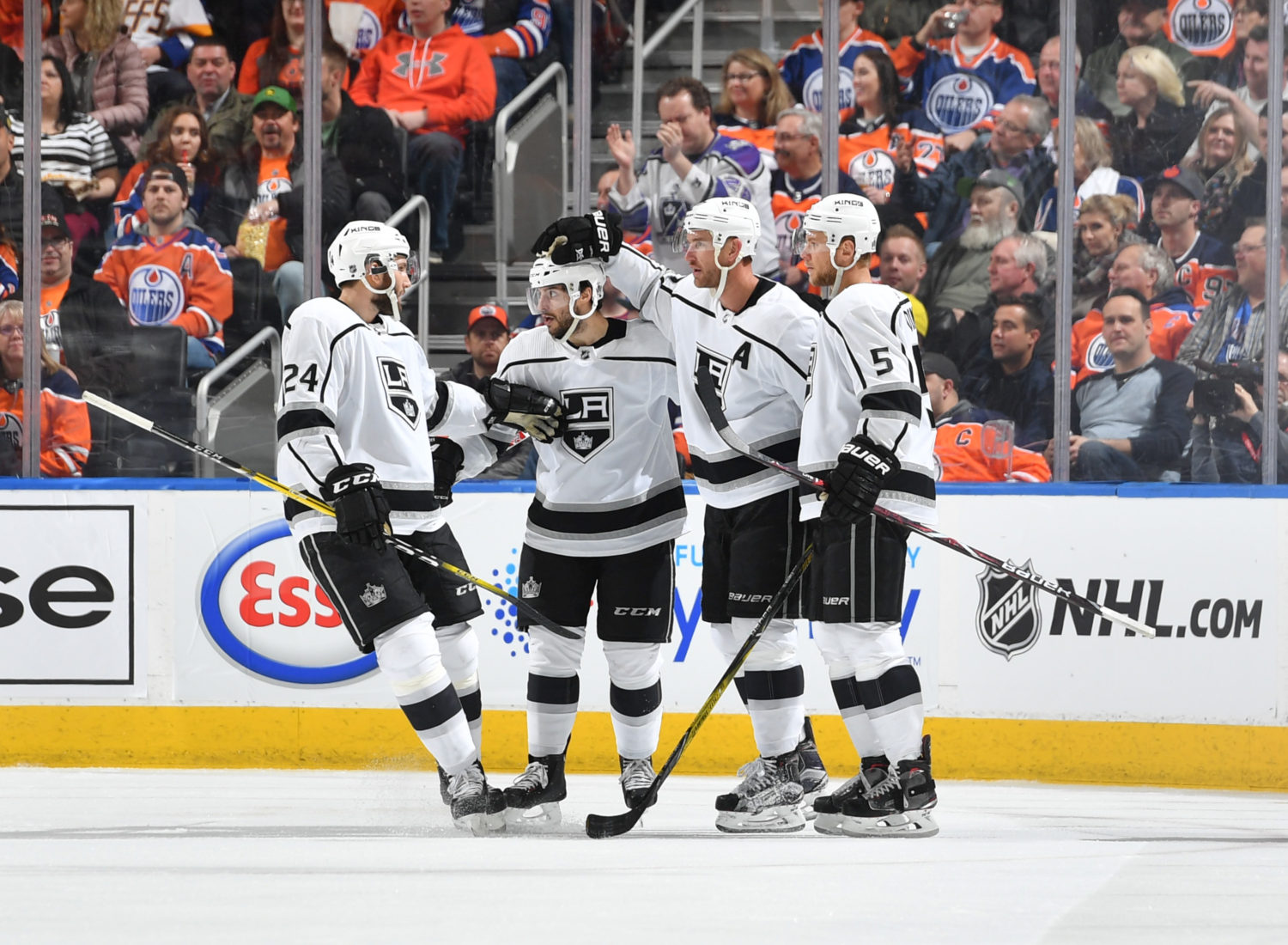 On any benefit that in the team’s Stanley Cup years that they still had to qualify for playoffs late:
To me, it’s always important. I’ve had teams where you’ve been in a situation where you know you’re going to get into the playoffs and you’re still trying to get your team geared up to play the game the right way every game you play. You don’t want to coast into the playoffs, you don’t want to rest going into the playoffs, you want to make sure your game’s getting better every day, so you have really good momentum going into the playoffs. I watched the Winnipeg-Nashville game last night, and those teams were comfortably in a playoff spot. Every inch of the ice was contested out there. Everyone’s trying to get their game in order and trying to make sure that their team game is the way it is. It’s no different for us. Everybody around us is trying to win their way in. Everybody has games against each other that you’re fighting with, so it’s not as if the group trying to get in needs help from anybody. Everybody’s pretty much in control of their fate because of their situation with the division and the conference, so it’s about taking care of your own backyard right now.

On whether the Kings need more from their “bottom six”:
If you look at even the trip, I think going back to the Winnipeg game, even in a tough back-to-back there, I thought Kopi and Brownie and Drew and guys like that – obviously our goalie – really dug deep in the bucket. I think in order to win games like that you need contributions from everybody playing on top of their game. We’re asking our leaders to lead, and they’ve done that all year. We’re asking, which I would call our secondary leadership group, to really get their games in order so they can have a big push from the middle of our locker room, and in our situation, we need our young guys taking a big step, and that comes from consistency this time of the year. It’s going to be important. You’re not going to beat teams with one line or three defensemen going, you’re going to need contributions from everybody, and whether it’s six or eight minutes or 20 minutes, it can make the difference in the hockey game, so we’re going to need everybody.

On whether Adrian Kempe, is “snakebit” or if there’s something missing:
Yeah, we’d like to get some secondary scoring and offense from Adrian, I think. There are some of the games where you guys might not have liked what he played offensively. We like what he’s done defensively. His game without the puck has been sound. I think the competitive part of his game down low in his own zone, going on the road, we’ve played a lot of road games here lately where the other team’s got the match-up. We feel comfortable in those situations. But we would like to see him get in the tough areas a little more, be around the net, inside the dots. He can create with his speed, but we’d like to see him end up at the net a little more so he can take advantage of his skill set. But in terms of his overall game plan, he’s a guy that can help you win, even when he’s not scoring. I think he can give you some real quality minutes against top guys. The one big step in Adrian’s game is you can trust him against top players on the ice. [Reporter: To that point, he seems to be stronger on the puck and doesn’t get moved around as much as maybe he did.] Yeah, we don’t have a problem with that. That kid’s got a big heart, and he’s a competitive kid, and I think with any young player, you want to see consistency in their game, right? I think the consistency in his game’s come a long way. He got off to a hot start offensively. He’s been on and off the power play here, which may affect that production at times, but at the end of the day, I think he’s ag uy that when he plas the game the right way and puts himself into tough areas in the offensive zone, he’s going to get rewarded with his skill set.

On looks generated by the Tobias Rieder-Jeff Carter grouping:
Well, they’ve had some success together, so obviously any time there’s some success on a line, it seems like they have a little bit of chemistry where they’ve been able to find each other. Toby’s got a lot of speed and he really hounds pucks, Jeff’s a really good positional player that builds from the middle of the ice there, which usually sets up a good attack. We just like Toby’s speed. He’s shown an ability to finish in Colorado – a couple great chances there that he really beared down on and made the most of. The other night in Edmonton he was really aggressive on the forecheck, ended up hunting down a puck and got it turned over. The fact that he’s got speed and has got some ability to read off Jeff there has made them a pretty good pairing.