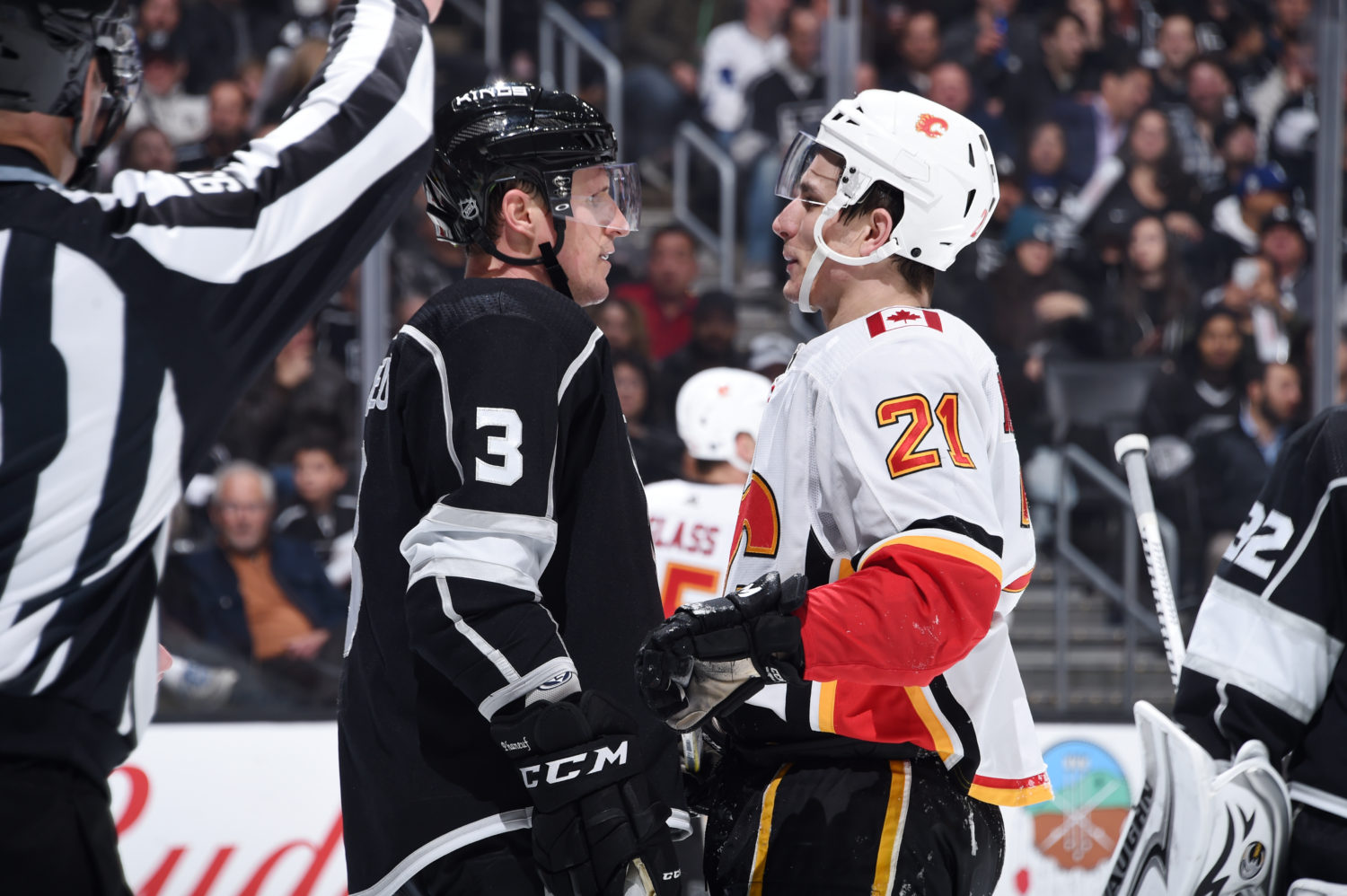 Kopitar, on getting a win from a strong team-wide performance:
Yeah, for sure. Obviously scoring three power play goals goes a long way. Not giving anything up – Jonny was obviously very solid back there. I guess this time of the year, it doesn’t really matter how you do it. We’ve got to figure out ways to win, and we did tonight.

Kopitar, on what the team did well to score three power play goals:
Well, we shot the puck pretty well. The first one was just a simple play off a draw. The puck comes to the top, we shoot, the deflection goes in. Mine, we kind of curled in off the half-wall. Tried to get something through, and it went in. The third one was maybe a little more fancy with good passing. At the end of the day, we’re directing pucks towards the net and that’s what you want to do.

Kopitar, on the importance of keeping the momentum going:
It’s five games. Four of them are at home. We haven’t been the greatest home team, but we still have the control and fate in our hands. That’s the position we want to be in, and we’ve got to take care of business.

Kopitar, on what it meant to tie his career-high in goals:
We won the game. That’s very nice.

Kopitar, on what he looks for when passing the puck on a slap-pass:
Well, Brownie made a really, really nice play from the other side. For me, I’m just trying to somewhat freeze the goalie and give Jeff a little more of an opening. That’s why it becomes a slap-pass, just because I’m trying to freeze the goalie. I just put it on his tape and see what happens after that.

Dion Phaneuf, on getting his first goal since February 20th:
I think Toff might’ve got it, or he’s the main reason why we got it. I think they got a good goaltender over there, we talked about getting traffic on him and I thought you look at the way we played the game, we came in off of a long trip and we did a real good job of finding a way to push back. Obviously our special teams was good, but that counts on both sides. I thought our penalty kill really gave us some momentum and special teams is about momentum so we did a lot of really good things and we’ve got to build off of it. But it’s an effort from every guy. I thought we checked really hard, Quickie was incredible for us in net like he consistently is, so it’s a good team win. It feels good after coming back after a long trip.

Phaneuf, on Calgary’s defense limiting Los Angeles early:
I think that they played hard. They came out physical as did we. And you look at the hockey game, we did a real good job of finding our legs in the second period and we continued to hold that momentum and that’s what we talked about. We wanted to push and we continued to do that and we found a way. So it feels good.

Phaneuf, on how to build off this win:
Well, to be honest with you, we really focused on today and we’ll give you probably the same answer every day that we do treat every game and our focus is solely on that. But really the way we want to continue to build our game is to continue to feel good about ourselves, and when we do that we play with structure, we check hard, and I thought we did that tonight. So we’ve got to take the day tomorrow, we’ve had a busy stretch. We take the day tomorrow, we recharge, and we come back and have a good practice and we’ve got some big games coming up obviously.