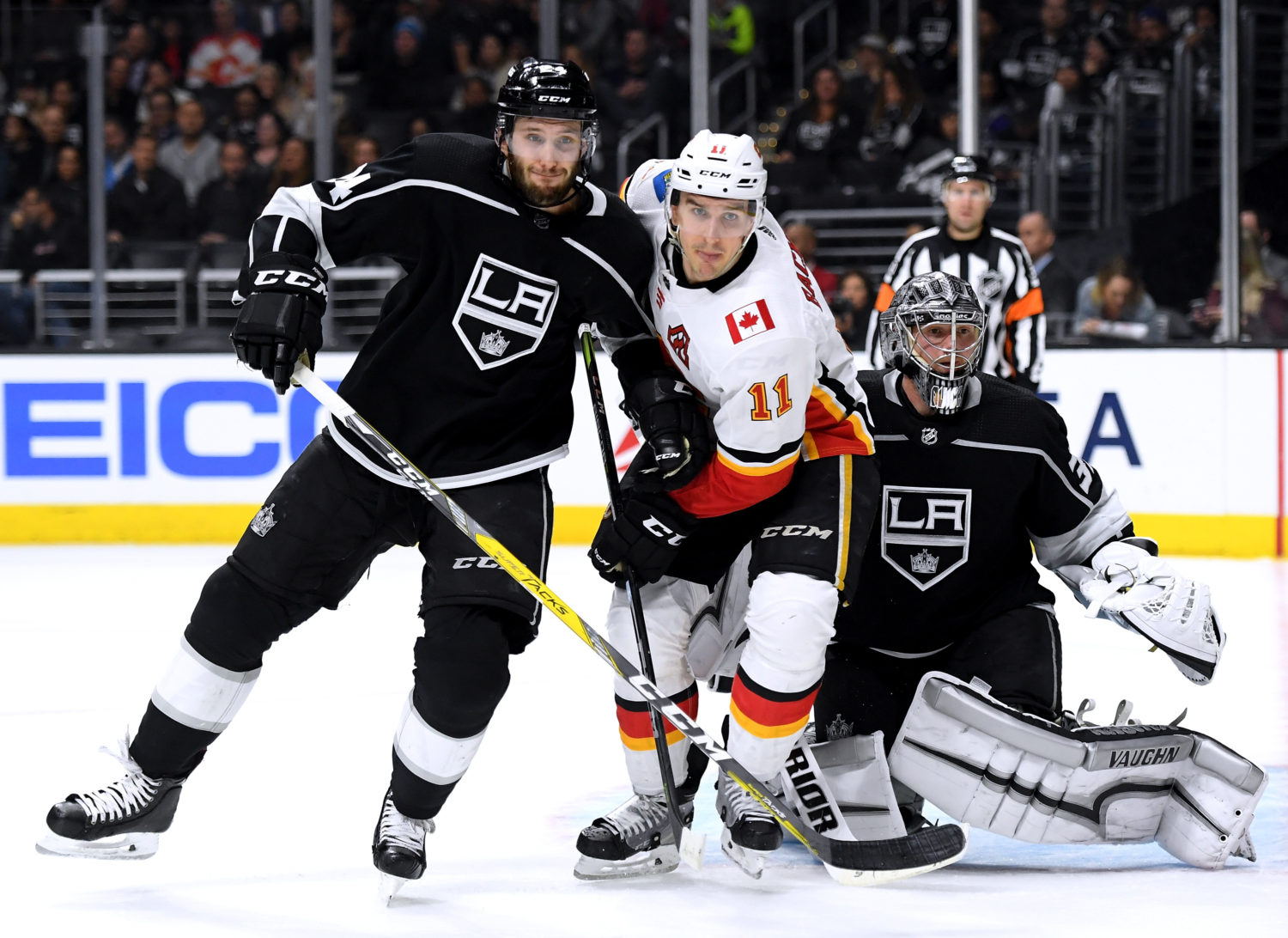 Glen Gulutzan, on playing a tough, physical game:
Well, I mean we outhit them and we were physical. We’ve got a lot of physical guys in our lineup right now and it’s tough to create against LA at the best of times, but I thought we limited them–again, five-on-five there weren’t that many chances out there. The special teams just came into play.

Mike Smith, on officially being knocked out of the playoff race:
It’s like when your dad says, ‘I’m not mad, I’m disappointed.’ It’s that feeling. It’s the feeling of disappointment like letting the city of Calgary down and the organization down that you couldn’t come in here and get through the season and get into a playoff spot and play for the Stanley Cup. And that’s what every season you’re trying to do and obviously disappointment is probably the biggest and best word for it. It’s not a fun time of year when you’re not in the playoffs and this year is no different obviously. Probably even more disappointing considering where we were at probably the halfway point and kind of how everything unraveled for this team.

Smith, on finishing out the season:
Well, for me it’s about, I’ve been in this situation before, it’s about playing to the end. You’re paid real good money to be in this league and I think even when you’re not in a playoff spot you don’t take it for granted. And I think that’s for older players, but for younger players it’s, I don’t think any spot’s safe. There’s always other people coming in, trades, stuff like this, so I think it’s about auditioning for next season and that’s about giving it everything you’ve got every night and that’s about being a professional and a professional athlete. And that’s why we play, is to compete every night, and that’s what we should expect down the stretch.

Sam Bennett, on being eliminated after losing six games in a row:
Well, I think we knew that that was the way it was going and it’s disappointing. You know, it’s frustrating. We had such a promising year and to have the end of the year go the way it has been going is frustrating.

Bennett, on whether he thought his penalties were “bad penalties”:
Well I think any time you take three penalties, it’s not going to help your team win. So I’m frustrated on that for sure.

Dougie Hamilton, on how frustrating the loss is:
Yeah, it’s tough. I think we’ve had the same feeling for a couple days now already so we’re just trying to fight for each other in the last, I guess, two weeks. And we’re missing a huge part of our team with a couple guys, I guess our three top scorers and one of our better D. So we’ve just got to work hard an play for each other and that’s all we can do.

Hamilton, on where the game got away from them:
Well, we can’t score so I think that’s the obvious thing. I think it’s been the same way, I don’t know how many weeks now. It’s hard to win games when you can’t score. And then they had I guess three power play goals. So we didn’t give up too much five-on-five, I thought maybe it was even chances. But yeah, you’re not going to win when you put a zero up.

Hamilton, on the Kings capitalizing on the power play:
Yeah, I mean they’re good players over there so you can’t give them too many opportunities to do that and they made good plays on the goals. So yeah, it’s tough.