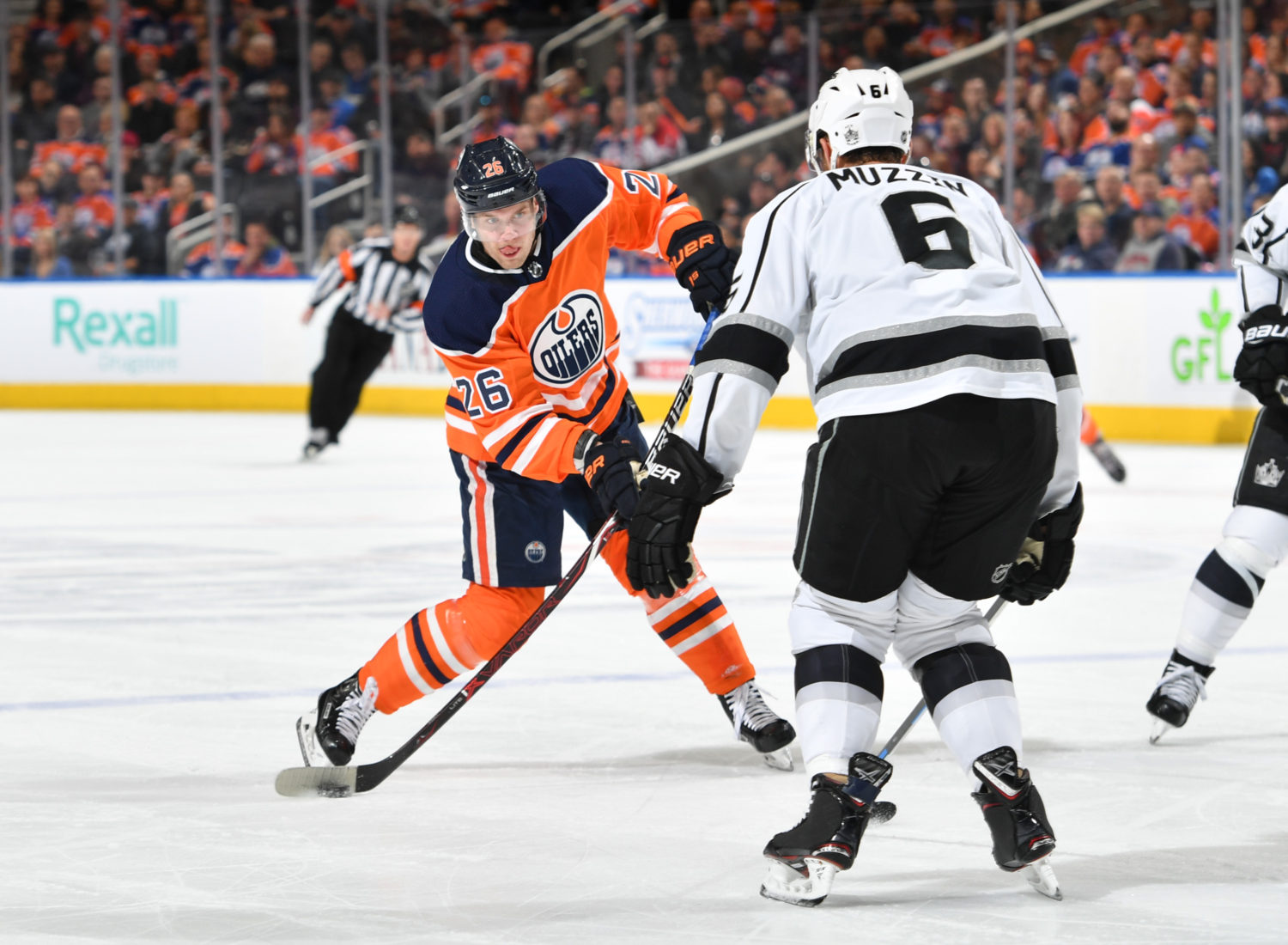 Jake Muzzin, on whether they started getting momentum too late in the game:
You know, got down early. Chasing games on the road is tough. We had some chances, didn’t score. You know, I don’t think we were as prepared emotionally as we should’ve been in this game and it cost us. And I don’t know why.

Muzzin, on whether the penalties in the third period stunted their momentum:
Yeah, I mean you know you kill them and you get momentum from them, but we didn’t get enough. We got desperate a little too late, weren’t able to capitalize and make a comeback.

Muzzin, on McDavid exploding with speed if he gets even a little bit of space:
Yeah, it’s no secret.

Muzzin, on how he would rate the road trip overall:
Well, it would’ve been an awesome trip to get this win. We had some tough games, you know, a tough back-to-back. You know, Soup did well in Winnipeg to get us a point. We got some points out of this trip and we’re going to have to get some more coming up at home.

Muzzin, on the playoff race being incredibly tight:
Yeah, I don’t think it hasn’t been since, you know, it’s always a tight race to the end and we’re in it again.

Tanner Pearson, on not being able to find the equalizer tonight:
Yeah, we’ve put ourselves in a position probably too many times like that before and we’ve always kind of seemed to find a way to kind of almost get there and you know tonight, maybe if there’s five more seconds on the clock that puck could be in the net and we could’ve had at least one point here. But you know that’s the way it went tonight, but we need to bounce back and get two points Monday.

Pearson, on whether it was challenging to get the emotions going tonight:
I mean, I was on the ice, but a goal on the second shift of the game, that’s always not the start you want and we had to climb uphill right from the get-go. It makes the game a lot tougher.

Pearson, on McDavid’s performance:
I think it’s no surprise. I think, you know how many years has he been in the league? Four, three, whatever it is, and he’s been doing it since he’s been here and it’s nothing new and every team comes in here and is aware of it.

Pearson, on whether tonight’s sluggish start was a result of nearing the end of the road trip:
No, I don’t think we can look at it that way. I think if we would’ve won the night it would’ve been one heck of a road trip. So it’s unfortunate, but we’ve just got to battle back.