Waking up with the Kings: March 23 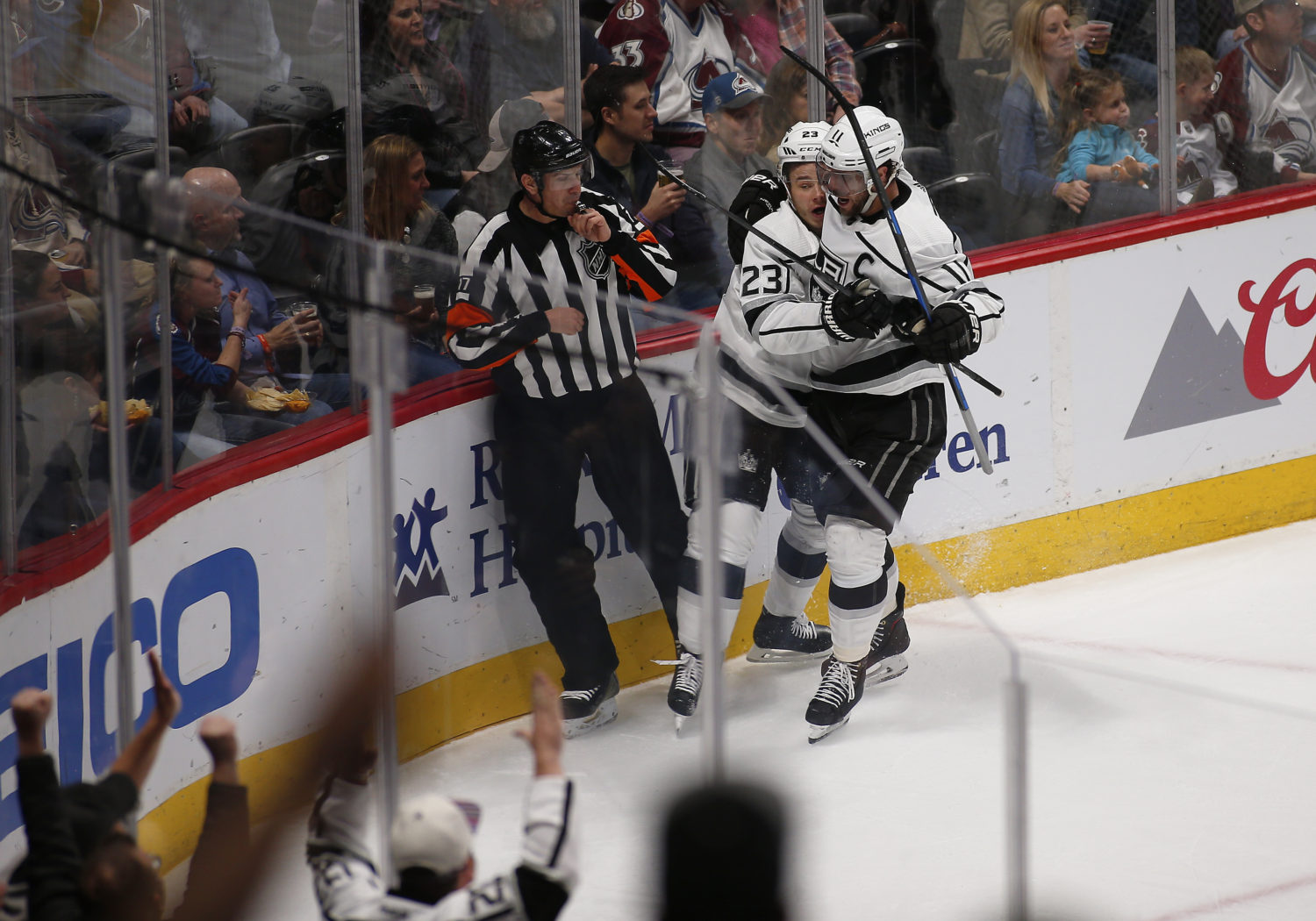 The Colorado Avalanche, one of the NHL’s best stories this season and a legitimately dangerous young hockey team with perhaps the best top line in the entire league right now, have engineered among the biggest year-over-year stock increases this century. This is a team trending quite well. They’re also a young team, and though they’ve played some big games recently – they swept a road two-game swing in Minnesota and St. Louis one week ago – as part of an 8-1-3 stretch, Thursday’s game did stand out as their first home quasi-playoff game since the 2013-14 season. The players, the crowd, the videoboard personalities all presented an understanding of the ramifications of a game against a fellow neck-and-neck wildcard placeholder trying to will its own way into the postseason. At that end of the rink was a Los Angeles team that has experience, that has players that have won Stanley Cups, that has a reputation of consistently strong play on the road, and for the Avs, who were playing one of their first gut-check home games in years, that’s a difficult match-up. They scored first before yielding seven straight and had no answer for an effort that relied on players up and down the lineup as well as one Anze Kopitar, who became the first King in 24 years and four months to score four goals in one game. 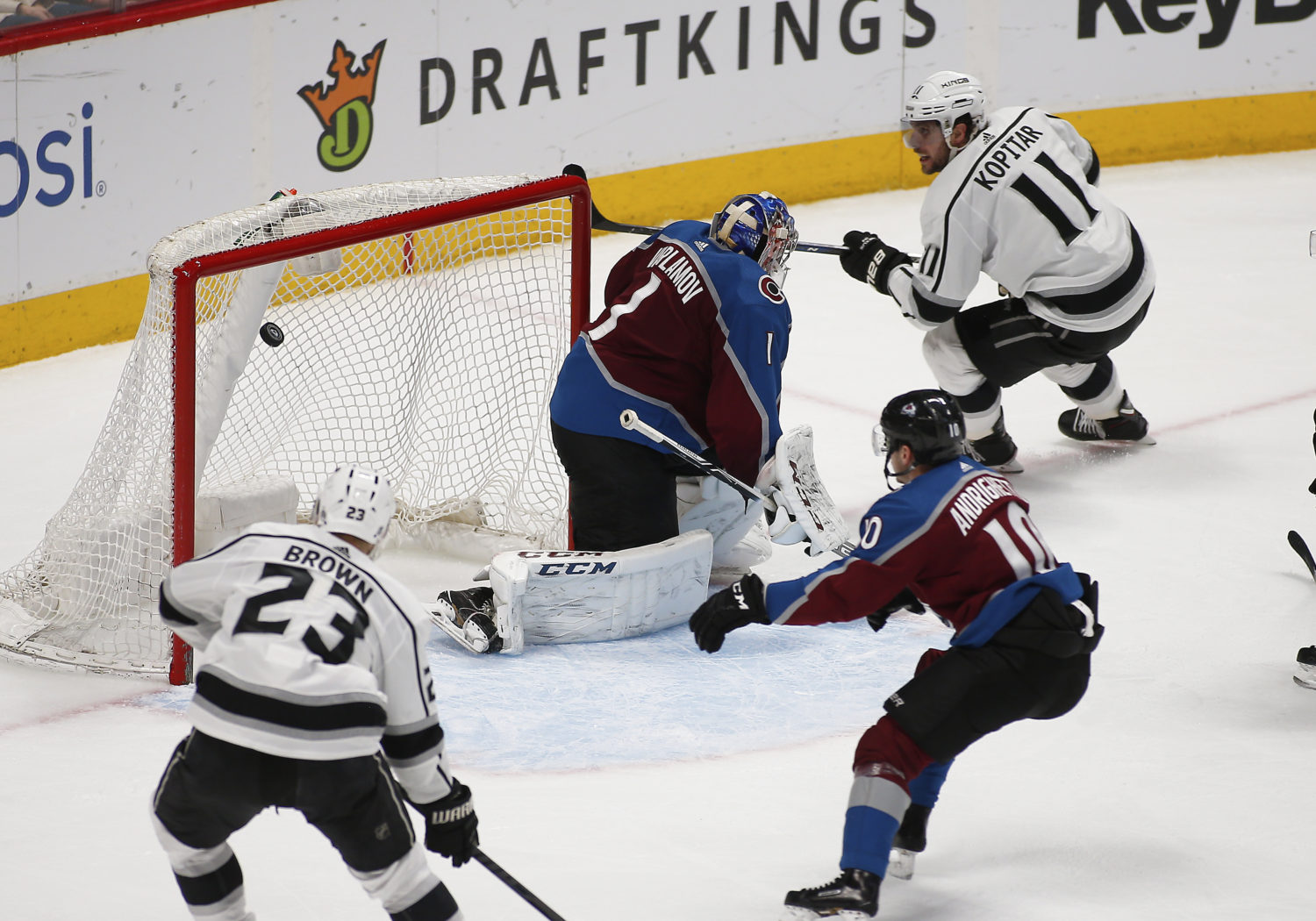 Kopi, Kopi, Kopi, Kopi. More on the historic night to come. First, the pivotal moments of the game, of which there were actually quite a few for one decided by six goals. The first: Mikko Rantanen scored, and 55 seconds later Dustin Brown took advantage of Semyon Varlamov and Nikita Zadorov constructing a daguerreotype to properly view and assess what perils lay ahead of their attempted exit. Unfortunately, that takes several hours, if not days, and Brown forechecked Zadorov off the puck and fed Kopitar for the important equalizer. The second: Leading 2-1, Kopitar potted a crucially important power play goal following crisp movement and urgency and a fortunate swat of the puck away from Jeff Carter and right into his wheelhouse with just over 15 seconds left in the period. The third: You knew that Colorado push was coming. Surprise! Nathan MacKinnon rang one off the underside of the crossbar 17 seconds into the period and 30 seconds later Toby Rieder turned on the jets to blow past Blake Comeau for a loose puck and establish a three-goal lead. For a team that scored seven times, Los Angeles was awfully opportunistic in doing so and seized the pivotal stretches in the win. 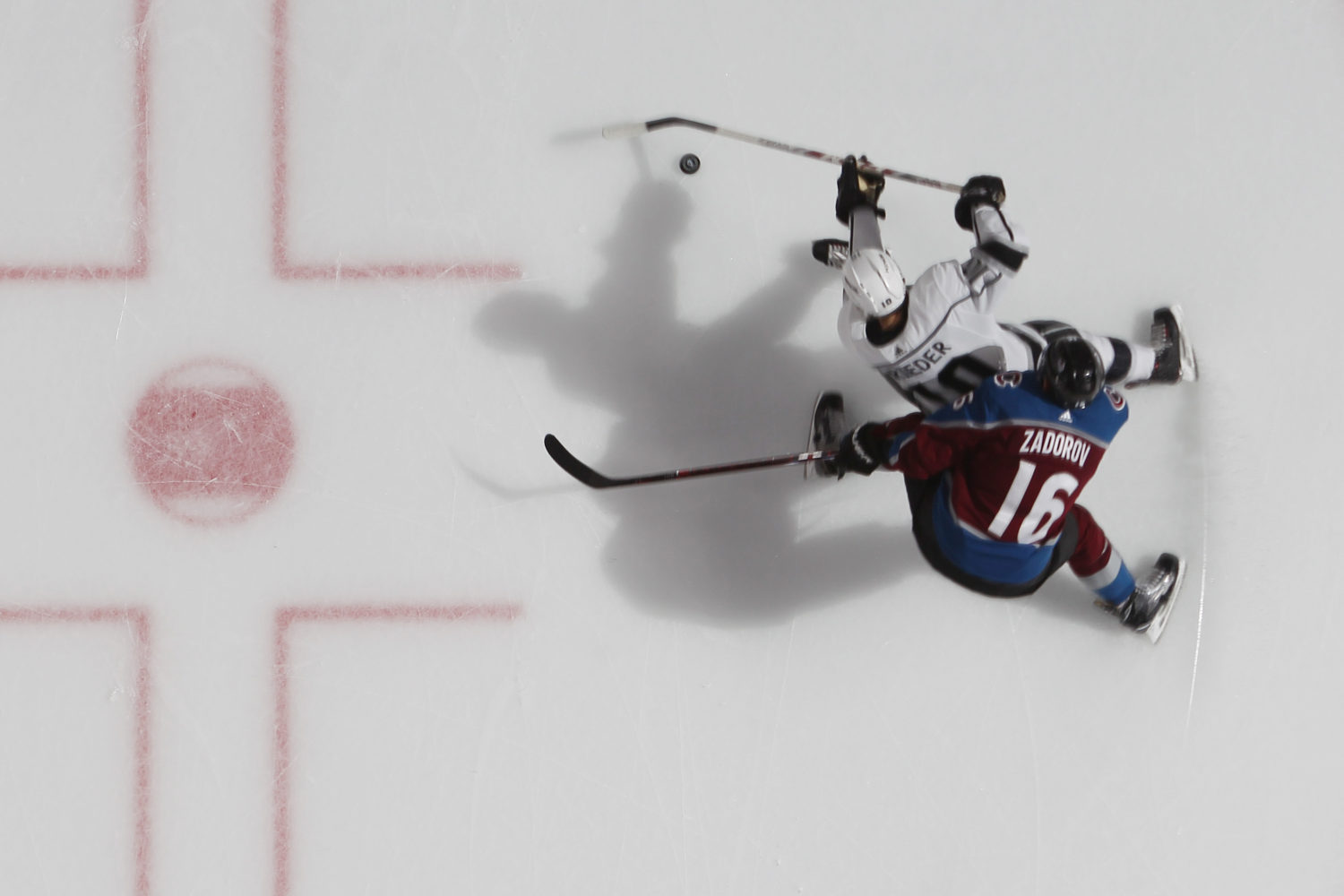 It is said so often in this column that “it’s silly to pinpoint [Player X] when there were so many contributions” that I should attach it to my F5 command. It’s true after Thursday’s win, especially when considering what Brown meant to the first period, or the contributions forged by Rieder, Jonathan Quick, Jake Muzzin, Nate Thompson, et cetera, et cetera. This game was a representation of the execution of a game plan and a collective emotional investment as established by its leadership core and passed on through osmosis to the rest of the lineup. And, of course, there was Anze Kopitar at the top of the food chain. Scoring four goals in a game is one thing; it hadn’t been done by a King since Luc did so in November, 1993. But with the late-season stakes, in the third straight building where the home team rarely loses, and in the context of facing a team sustained by the Hart Trophy favorite while Kopitar has night after night been etching out his own highly qualified resume, his performance on Thursday was the representation of one of the greatest figures in franchise history and a future Hall of Famer forging a career performance amidst little margin for error and such fascinating personal and league-wide context. If this game had happened in the Northeast, his MVP credentials would have exploded. He’ll happily settle for an important two points and the opportunity to punctuate what could be a terrific road trip at such a high-stakes time of the year. 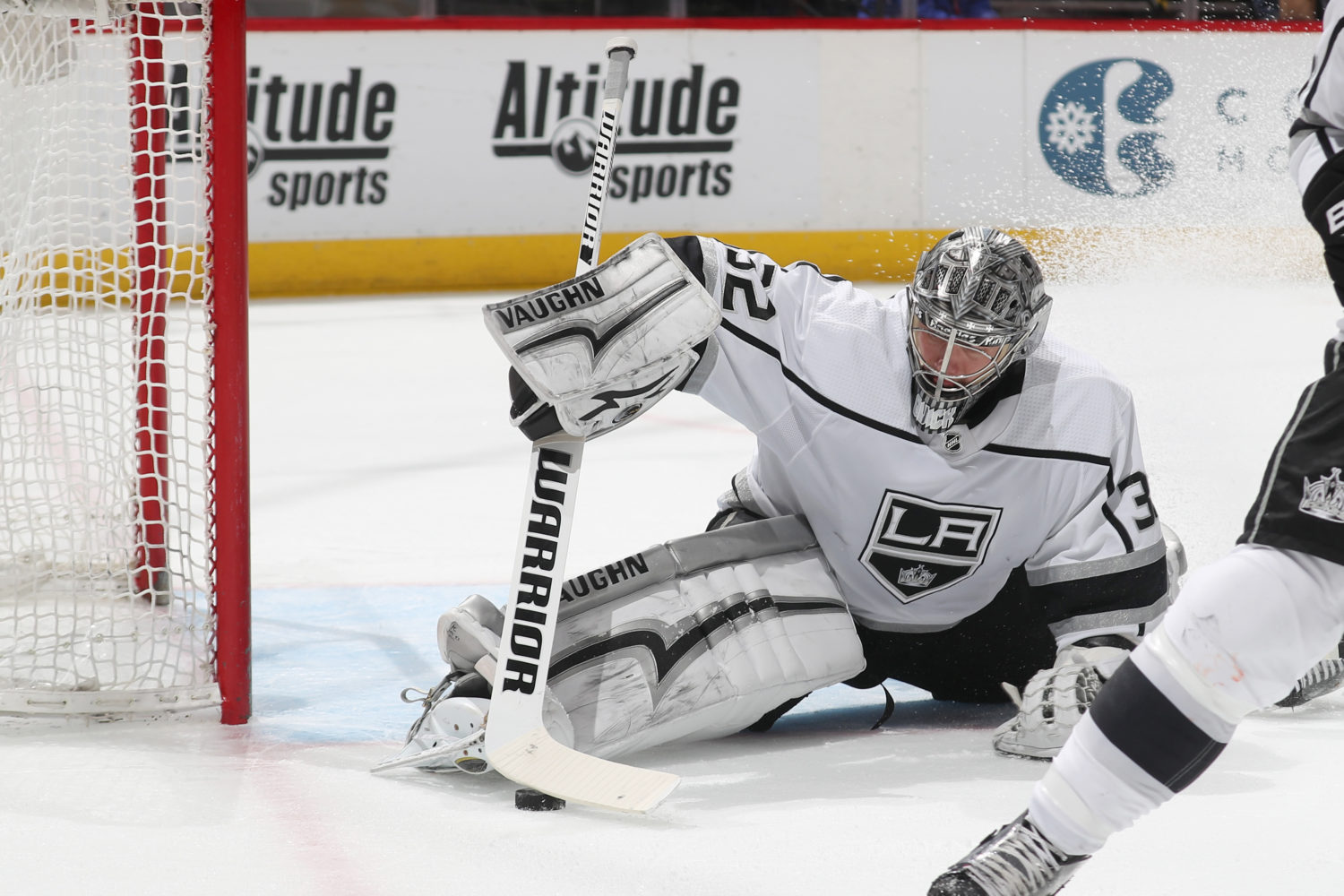