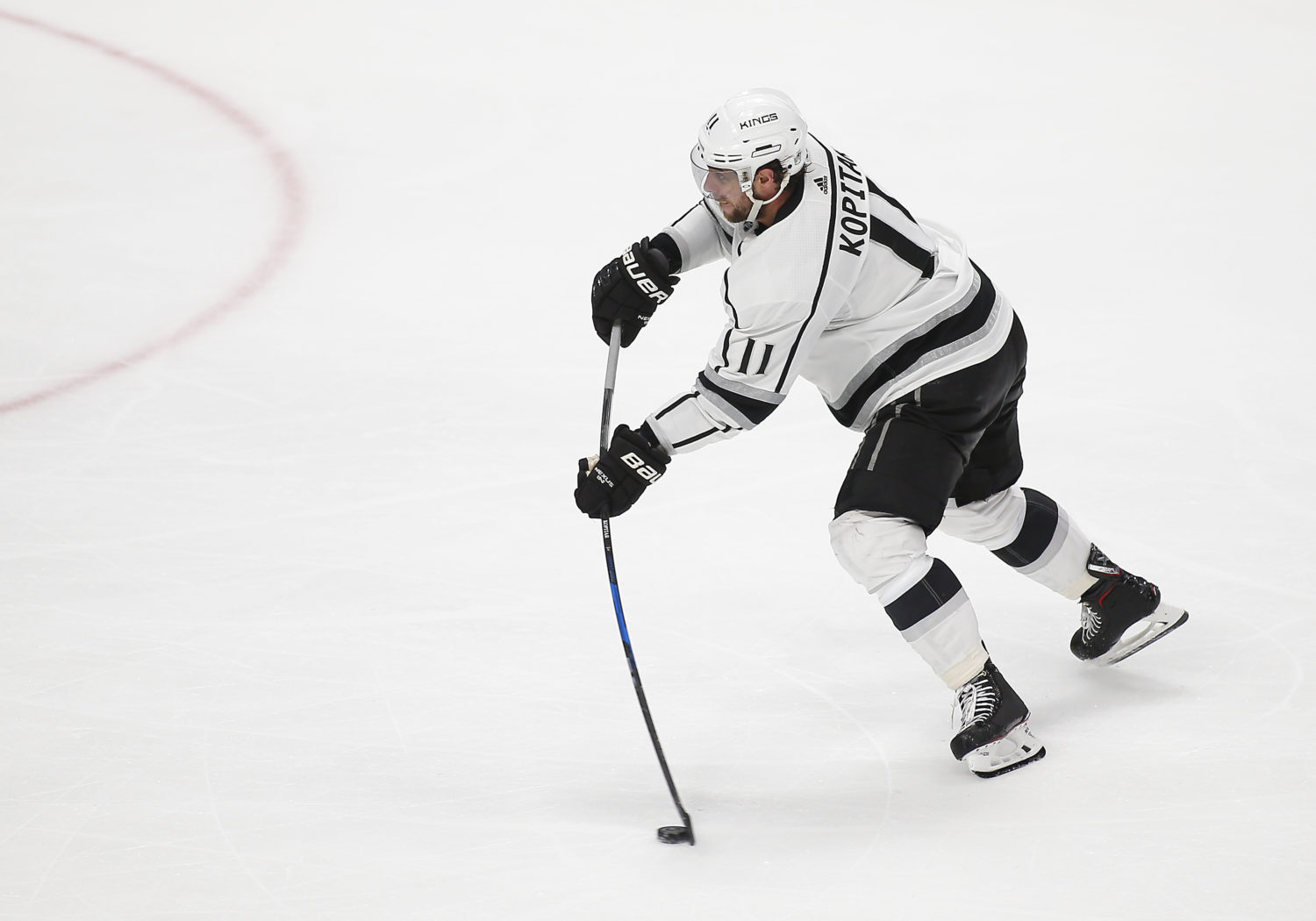 Anze Kopitar, on where tonight ranks on his list of best games:
Yeah, I mean it’s definitely up there. I just felt all night that the puck was kind of following me around and you really want to make the most of it really. You know, I got a couple of scoring opportunities and you really want to cash in. And I guess it worked out for me tonight.

Kopitar, on this being the Kings’ first four-goal game since Luc Robitaille in ’93:
I mean I’m honestly really not thinking about that. We’re coming in here and I think we’re a point behind these guys in the standings and that’s all we’re thinking about here. I mean it wouldn’t have mattered if we won two-one. It would’ve been just as special for us. Right now we’re in a position where we have the control in our hands and if we take care of our business we’re going to make the playoffs and that’s where the focus is. (Reporter: So the bottom line is two points is worth more than four goals?) For sure.

Kopitar, on playing against a good at-home team:
I mean we knew that coming in and you know giving up the first goal wasn’t ideal, but I thought we answered obviously pretty quick right back. Tied it up and then another one of those faceoff plays which, in these types of games, they’re huge. If you can get that and then the special teams clicking, that’s your lead right there. They’re all important this time of year and after we got scored on I think we really took care of the puck and really just played the way we needed to in here and just kind of stalled them and got the jumpstart that we needed.

Kopitar, on whether his performance makes a statement in regards to the Hart Trophy:
I’m just trying to help us win really. I’m not doing anything else. I’m playing for the guys in here and our goal is to make the playoffs and that’s all it comes down to.

Kopitar, on how much of his fourth goal was knowing Bernier from years past:
Not a whole lot really. I mean I came down the wing and at that point I really just wanted to get a good shot off and I picked a corner and it went in.

Tobias Rieder, on how important tonight’s win was:
Yeah, it was really important. We started talking about it this morning—it’s a playoff-type game. We’re both battling for a spot. I think we play a really well team game today and that’s what we need to do every night.

Rieder, on whether he felt like he had more open space tonight:
Yeah, that’s what Jeff and Tanner bring to that line. Two really good players and I’m just trying to create room for them with my speed pulling the defensemen back or if I get in the footrace I’m pretty confident I can beat a lot of guys. So you know, whenever I see open ice I’m trying to get my legs going and that usually opens up some room.

Rieder, on whether tonight’s performance by Kopitar surprises him at all:
I mean it’s always surprising when somebody scores four goals in the best league in the world, but to be honest it doesn’t really surprise me because he’s such a good player. And you know now, since I got here, seeing it in practice and game in and game out and he’s just an unbelievable player and just makes it look easy.