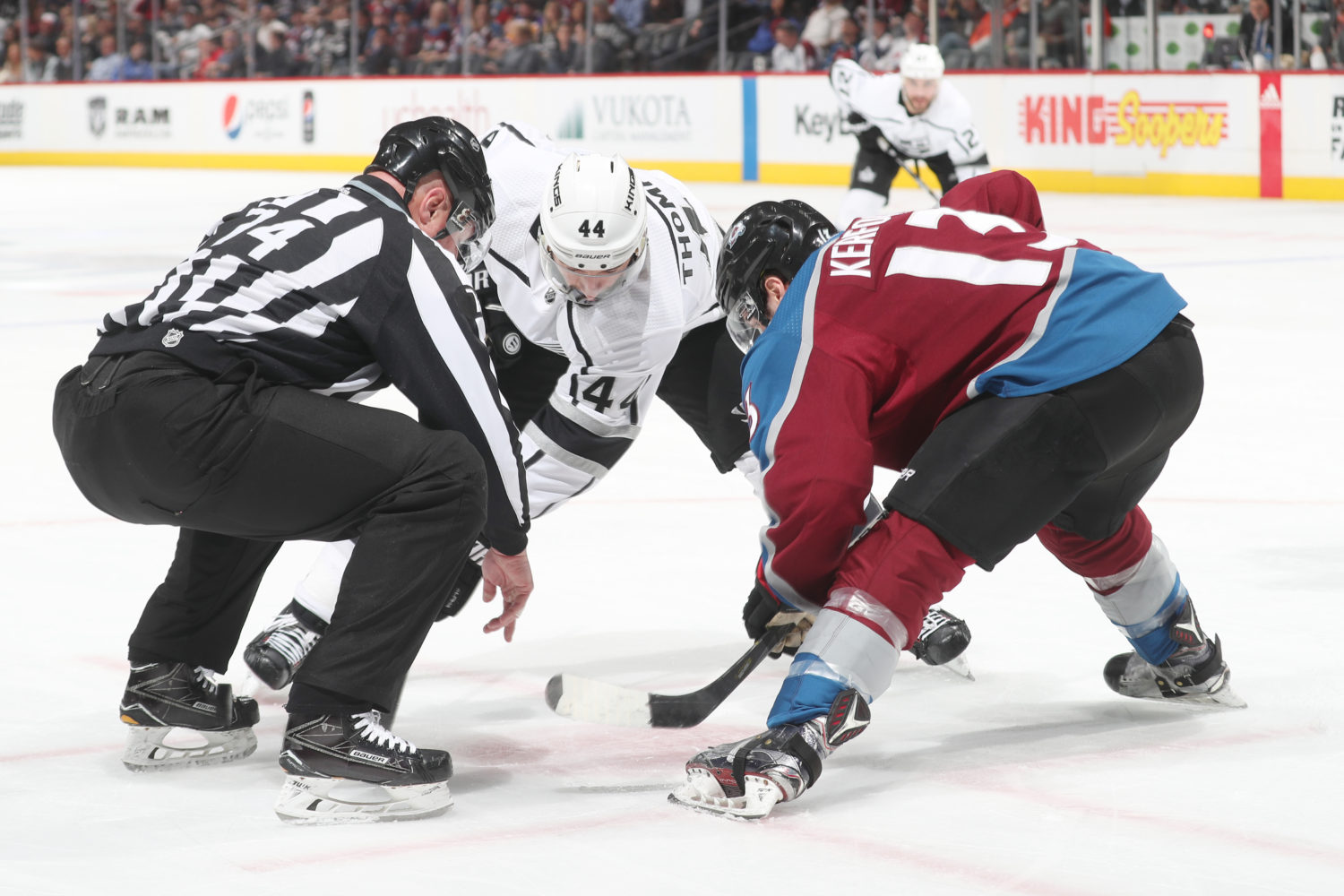 On receiving contributions from everyone in an important win:
Well, it was a really good team effort, but I think the leadership group did a tremendous job of leading the way for us. The Kopitar line was outstanding. I think when your veteran guys are really going, it makes it easier for the young players to settle in and play, and right from Quickie on out and Drew on the back end, I just think you come into rinks like this, especially with the altitude and the travel, I think it’s really important. I mean, the guys were all talking about short shifts, use the whole bench, let’s get into the flow of the game. Didn’t like that they gave up an early goal there. It looked like it wasn’t starting out on the right foot, but a really great response, and we relied on Kopi right to get us going, but I thought it was a tremendous effort by the team and led the way by the leadership group.

On Anze Kopitar’s four-goal game:
He’s really been really good all year, but this trip, he’s been tremendous, in my opinion. Even in Winnipeg, I think he deserves a lot of credit for the point that we got there. He really dug deep into the bucket there and played big minutes on a back-to-back in a tough rink. But, tonight he was tremendous. The MacKinnon line has probably been the top line in the league for a while now, and it’s a tremendous responsibility playing against those guys, and not only did he play well defensively against them, he had a big night offensively. His leadership, in my opinion from day one has been tremendous, and it was on display again here tonight.

On Tobias Rieder scoring twice:
You know what? He’s probably played more left than right, but we just felt that he’s played enough right that we could move him over there. It gives us a good speed element on the line, and he and Jeff seem to have some chemistry there. Both those situations, he chased down loose pucks with his speed and got in alone. There really wasn’t a lot going on in that play, but he used his speed to get loose through the middle of the ice, and Jeff made a great play to him. That’s the guy we remember – he’s always a threat with his speed, so it’s nice to see him get on the board. I’m sure with his confidence, but he’s been playing hard for us. You know as well as I do that you get a couple pucks on the net and you start to feel good about yourself, so it was good to see tonight.

On whether the team feels it on the bench when Anze Kopitar is playing that well:
Quite honestly, I think if you put those guys in a group there, Quickie, Drew, Kopi, there’s a guy at every position that leads the way for us. Carts and Brownie, throw those guys in there, and I thought tonight, we knew it was going to be a tough game with the match-up with the MacKinnon line. Just watch what they’ve done here lately, and I think guys like Kopi and Drew, when they see that type of challenge, they really get excited for it, and I think Kopi really takes a lot of responsibility in terms of being a good defensive guy against a line like that. But to see hi really take charge of the game, we get down early, I thought that first goal was huge for us. We didn’t get off on the right foot, but bouncing back like that and scoring right away, and then I thought that goal at the end of the first period was huge, as well. A really good team effort, but the leadership group, starting with Kopi, deserves a lot of credit for the way the team played tonight.

On the quirkiness of scoring an unexpected seven unanswered goals after the early goal against:
We said that all along. We actually had coverage. It looked like Jonny had the puck covered and it got loose. When you look at the blueprint of winning hockey games, you don’t want to give up the first goal, but at the same time, you don’t want to change the psyche for the whole game. We had a game plan, we knew how we wanted to play, and you want to just stick with it. I think it’s a real credit to – again, I keep talking about the leadership group, but they don’t let that lead us down a path where we’re hanging out shoulders and [instead] saying, ‘there’s a lot of hockey left in front of us here, let’s play 60 minutes and play the game the right way, and we should like the outcome.’ You don’t like giving up that first goal, especially to that line, but I thought it was tremendous the way the team reacted to it.

On Nate Thompson’s performance:
Yeah, Thommer’s been really good. Just the fact that we can play him anywhere, we move him all over our lineup, up and down, center, left, right. He’s been really proficient in the faceoff circle, which I really think helps Juice, and Juice is getting better, too. When you have two guys that can take faceoffs, you can play them in more situations, and I think he’s just a really responsible guy and a good veteran presence for the young guys that he plays with. He’s been tremendous.