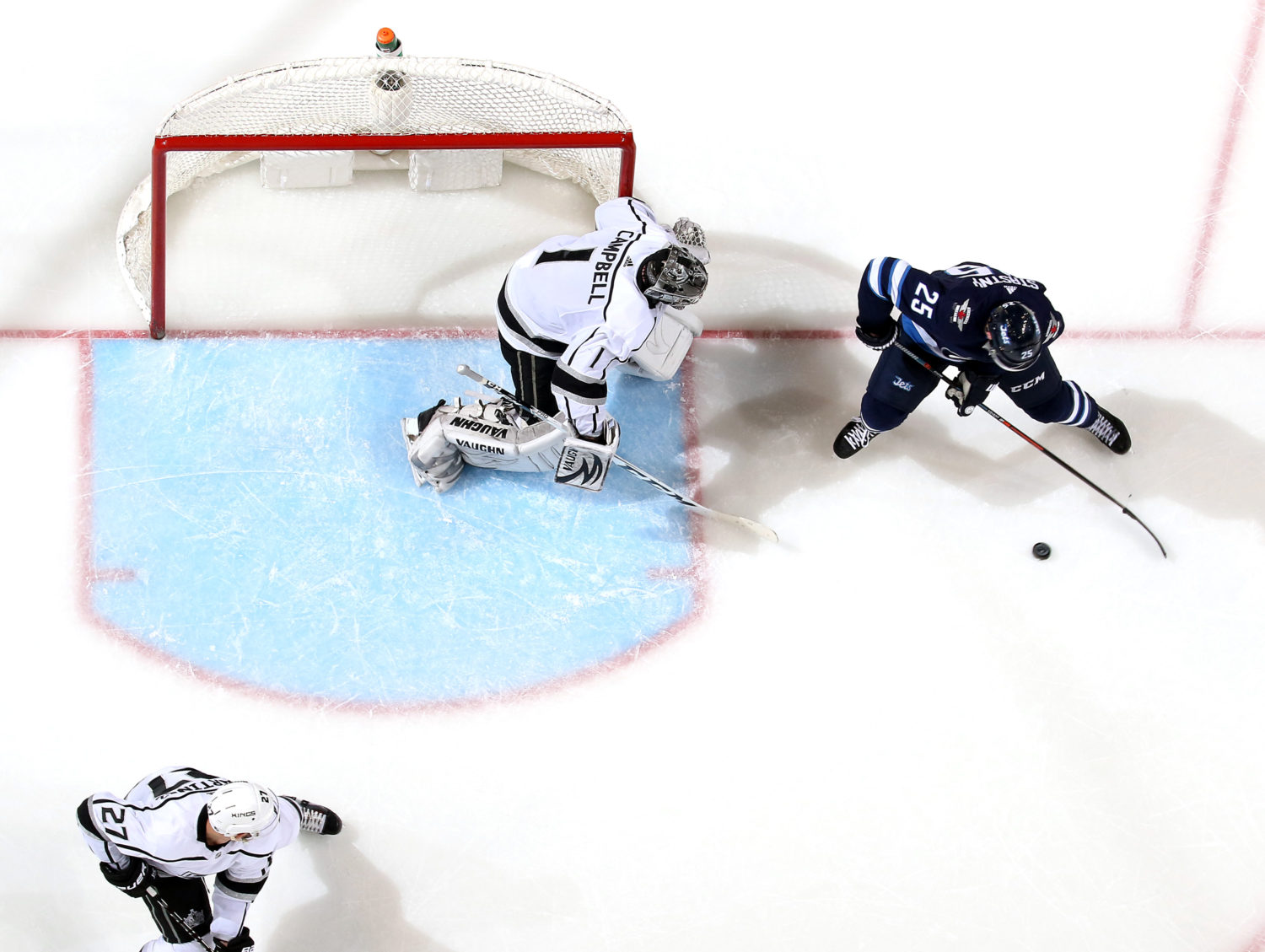 On getting one point from the overtime loss on the second night of a tough back-to-back:
Well, I think we got three out of four points from two tough opponents, which is a really positive thing, but I think all along we want to be honest with ourselves and know that we can play better than tonight. I thought our goalie gave us a chance tonight, I thought our defense played really hard, and I thought our veteran leaders were a big reason we got a point. We need a lot more from a lot more guys. I think we were near competitive enough along the wall, and it made it difficult to exit the zone, amount any type of an attack and spend any type of time in the offensive zone.

On the chemistry between Jack Campbell and his defense:
Totally committed to keeping the puck out of their net. Those guys played as hard as they possibly could. They dug down deep in the pail. They got in front of pucks, they wanted pucks to hit them and were really tough along the wall, so I thought that group played hard tonight.

On Campbell:
I thought Jack was really solid. I thought he was poised in the net. He was a really good puck handler, so he’s a help when he gets out to help with pucks. I thought he tracked the puck really well. I thought he made some big saves that gave us a chance to get a point. I mean, you want your goalie to come in in a tough situation and give yourself a chance to win, and I thought he did that tonight.

On Campbell gaining experience in the NHL:
Every player wants the opportunity, right? Every time gets sent down, a guy gets sat down, doesn’t play, they all want the opportunity to play, so we just look at it as a real good opportunity for him. He’s worked extremely hard at his game, he’s done two really strong seasons down in the American League, and his game’s come a real long way. He’s got ability, and he’s got a great work ethic. I mean, you have those two things, you tend to get better in a hurry, and he’s a good teammate and we’re going to need him to win some games for us down the stretch.