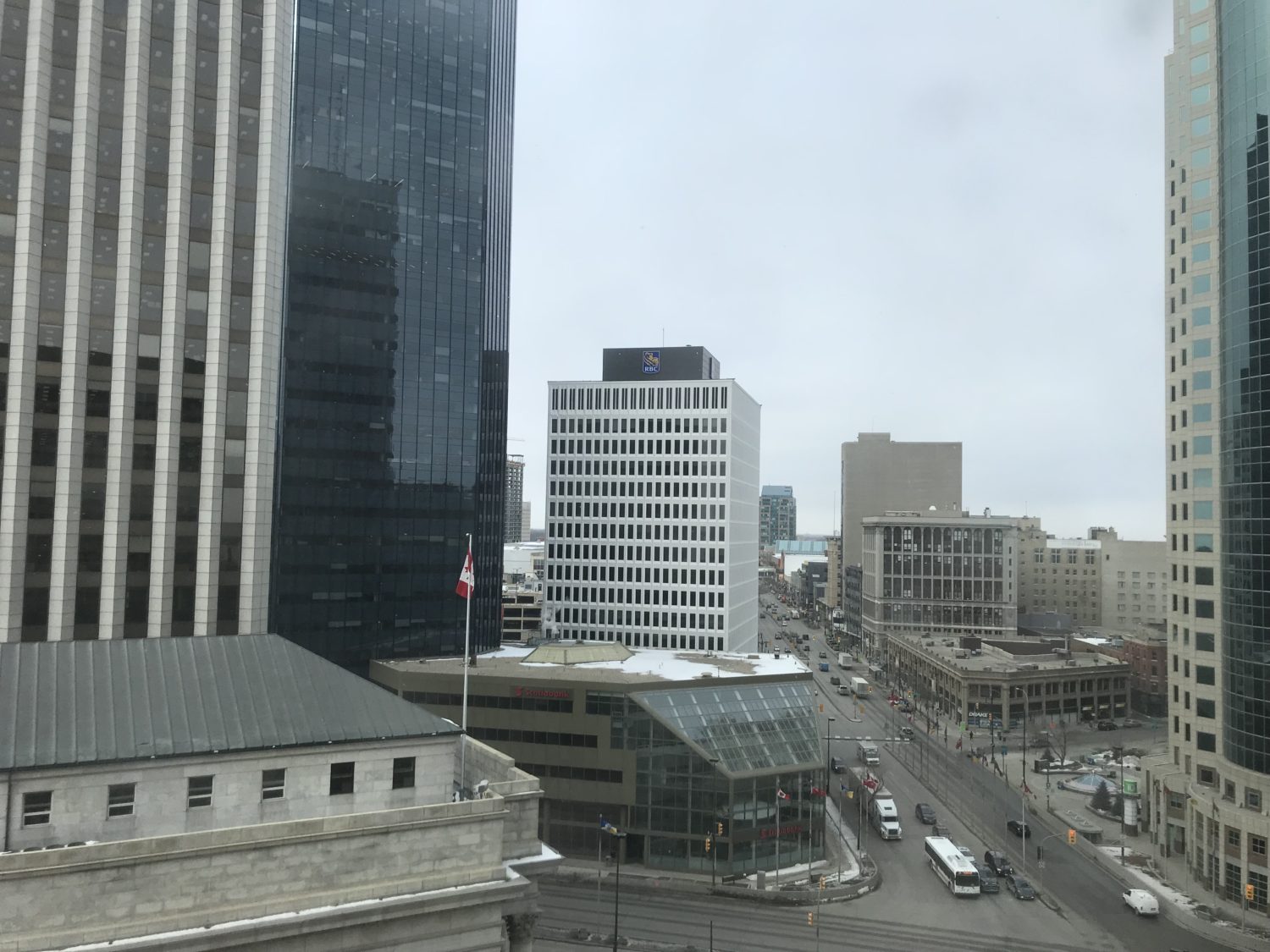 Gazing out at the corner of Portage and Main, a debilitating sense of dread came over me. Here I was uploading photos, and then quickly, I shot up from the desk to issue a piercing cry. A knock at the door. “Is everything OK, Insider? What’s the problem?”

And then it hit me, pointedly. I closed my eyes and saw it in my hallucinations, clear as day. The Kings haven’t had a Manitoba-born player on the roster since Dustin Penner’s departure after the 2012-13 season. Worse, yet! Before Penner, the last Manitobans to play for the Kings were Brady Murray in 2007-08 and Marty Murray and Barry Brust in 2006-07.

These are dark times.

Not quite as dark: the panoramic cityscape, as viewed from the 15th floor of the team hotel. It’s overcast with spiraling flurries pushed sideways by the wind. They say it’s 30 degrees outside and will later reach 34, but I could commute to the game in shorts and a t-shirt if I chose to because of the labyrinthine sky way that zig-zags between the downtown buildings and connects our hotel to the MTS Centre via some sort of Escher drawing.

That’s it for now, Insiders. There’s no morning skate today. More will come during player media availability at the hotel at 12:00 p.m., followed by John Stevens’ press conference at 4:30 p.m. CT. If you can’t wait that long, I’ll join TSN 1290 at 9:00 a.m. PT for a Kings-Jets preview. Click here to listen live. Let’s talk soon, Insiders. 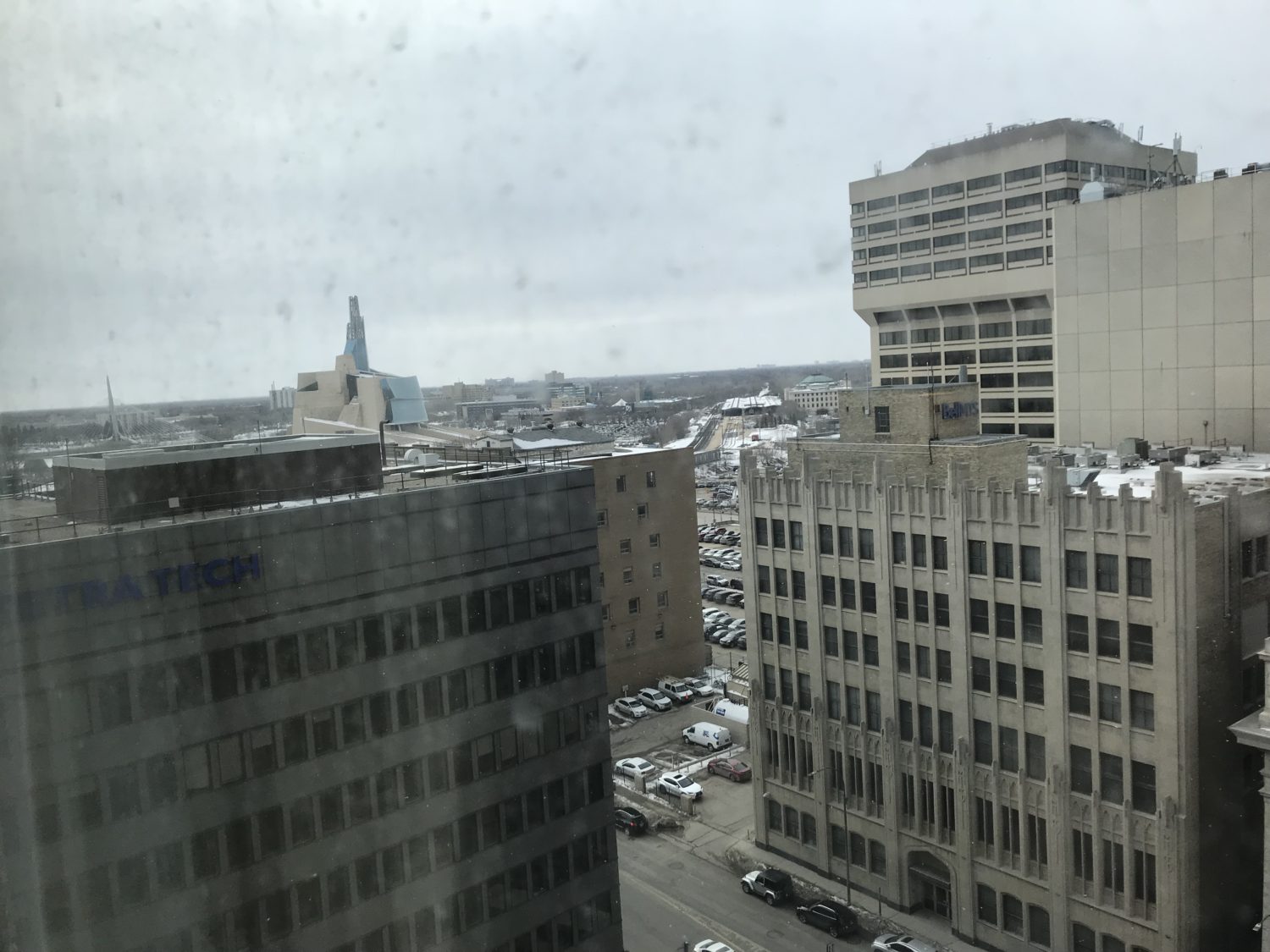