Stevens looks back at New Jersey, ahead to Minnesota 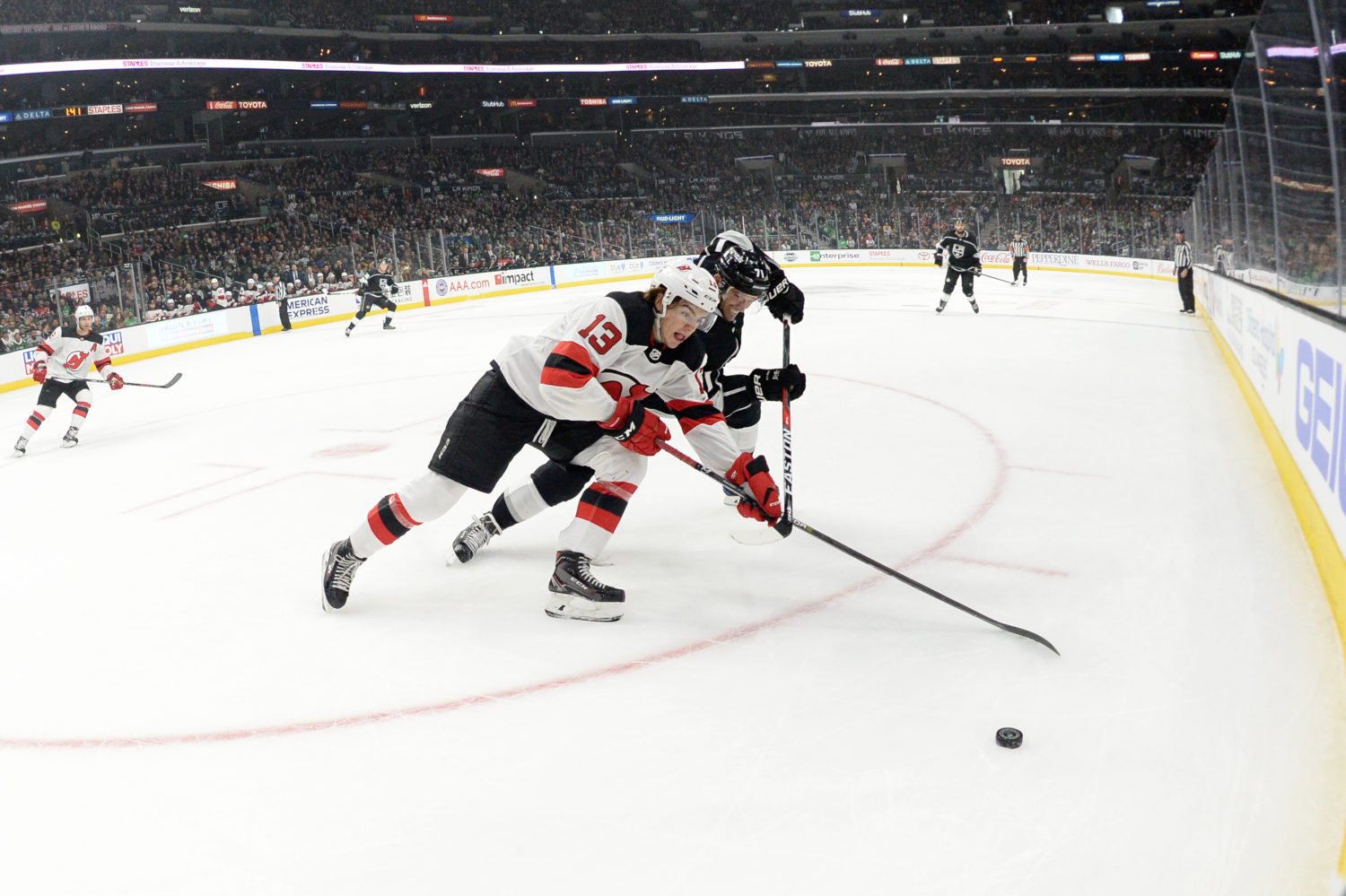 On any thoughts regarding the New Jersey game after having looked back at it:
Last night? I thought the team played hard. I think they came out ready to go. We really liked the way we moved the puck. We were ready to be heavy on walls, got into the offensive zone. Obviously, some critical moments in a game like that. You give up a shorthanded goal. We talked about not drawing penalties – I thought we drew penalties from being ready to go and time in the offensive zone, drawing off walls, and then the power play kind of shot us in the foot. You give up a shorthanded goal there and then don’t score on the five-on-three, those are critical moments in the hockey game where I thought we had a really good first period other than those two situations, and now you’re chasing the game. So, in terms of being ready to go and coming in with the right mindset, you’ve got to avoid those self-inflicted wounds. Your power play, even when it doesn’t score, it should be momentum for you, and if you give up a shorty, that’s real momentum for the other team. It gets them into the game.

On whether New Jersey’s blocked shots were due to their execution or L.A. shooting into lanes:
We took a hard look at it last night on the plane. We spent a lot of time in the zone but didn’t seem to generate enough quality. They’re a hard box-out team, they do check well. I thought we had some good movement there, I just think there can be a little more urgency inside the dots there. I thought there were times we were at the net but not in front of the goalie, and I think we can do a better job of getting pucks through from the tops – it seemed like an awful lot of pucks from the top got ticked or blocked. There were a lot of missed shots, which ends up being missed opportunities in games like that. You cut it to 2-1, and now it’s a different game. So, you just needed to get more quality of the time we had in the offensive zone.

On the style of hockey necessary to play Minnesota:
Well, you’ve just got to be ready to go. They come after you hard on the forecheck. We all like analytics, right? Everyone likes to look at controlled entries, and they’re one of the lowest teams in the league at attempted controlled entries because they want to forecheck and they want to get pucks in behind you, so you’ve got to be ready for that. They’ve got good speed, they’ve got some guys who are having big years offensively, and it’s not just one guy. They play fast. Their D are mobile, they play fast, they get pucks up to speed quickly. I know the last time we played ‘em the forecheck was a big focus point for us just because you don’t want numbers leaving behind you, and I think that’ll be another big focus here, but just ready to play a fast, heavy game because they play fast and heavy, especially in here. These boards are really fast here. When it goes around the boards it’s really fast, and when it comes off the boards, it’s really fast, and that always creates an element that you have to be aware of, both to take advantage of but not get taken advantage of.