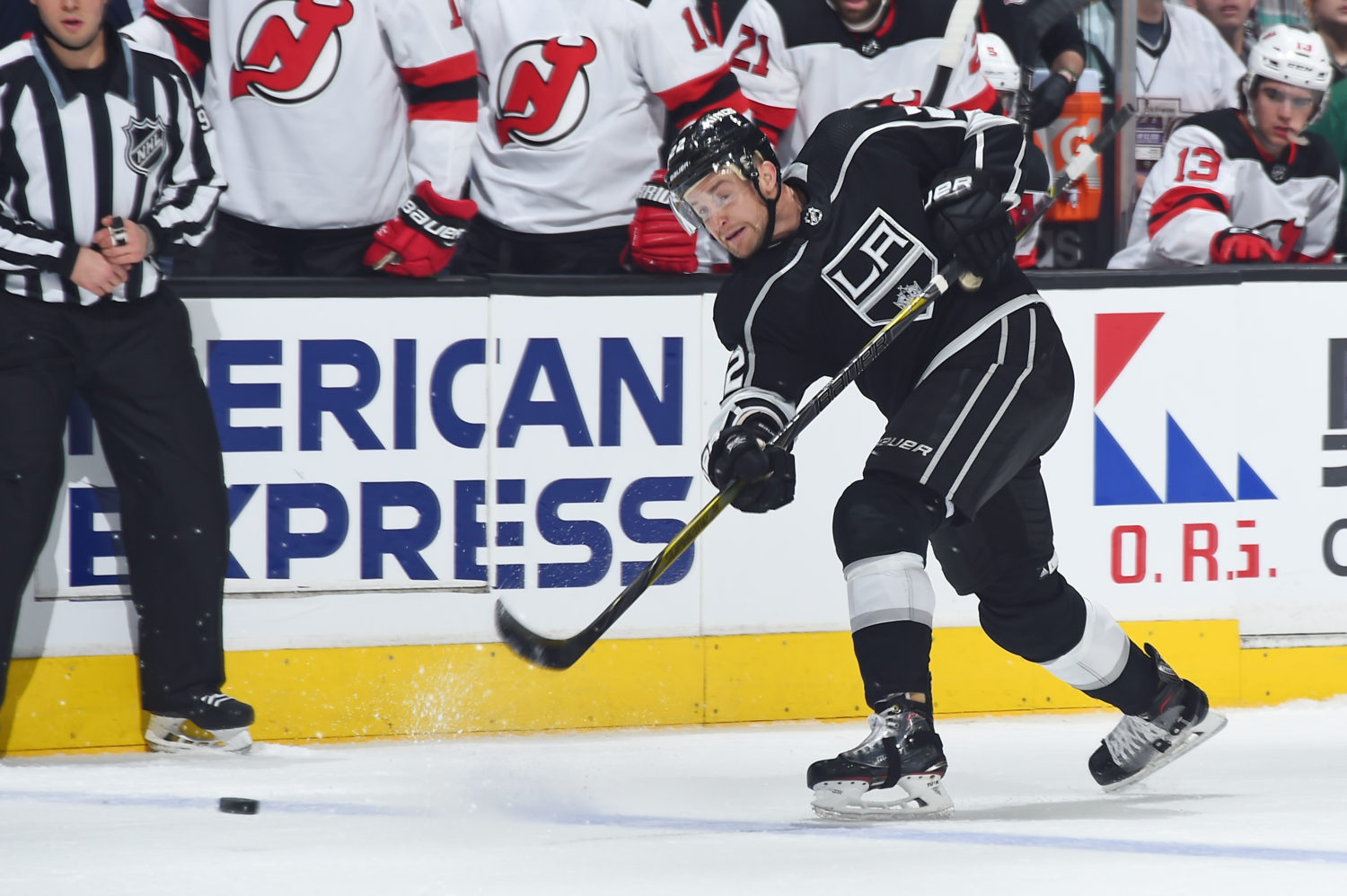 Anze Kopitar, on what was missing offensively from today’s game:
Well, you know, we had four power plays in the first period and we gave up a shorthanded goal. I think it turned out to be the biggest play of the game really. You know, when you get those power play opportunities early you want to cash in on them. We failed to do so.

Kopitar, on whether their lack of scoring was due to Kinkaid’s play or to not generating enough opportunities:
Well, I mean we had a lot of shots and I thought we had some quality chances. We didn’t score. Yeah, for sure some credit goes to him. I thought he played solid tonight, but at the same time we can do a lot more to make it harder on him.

Kopitar, on what his message is to the team right now:
Well we’ve got five at home and five on the road, so this road trip is going to set us up for the home stretch, whether we’re going to play for the playoffs or not. So we’ve got to get on the road and make sure that our game is in order and get points.

Kopitar, on whether there’s any concern that this game could be emotionally deflating for the team:
I don’t have any concerns. I think we’ve shown resiliency throughout the year that, you know, a loss like this is not going to beat us down. We’ll get on the plane tonight, get ready for Monday, and we’ll go after the two points.

Alec Martinez, on when the game started going wrong:
I think in this league you can’t dig yourself a hole down two goals. I think it’s becoming a habit of ours this year and fortunately a few times we’ve been able to dig ourselves out and tonight wasn’t one of those nights. We can’t be doing that to ourselves. Give credit to them, New Jersey is a really good hockey club. They’re really deep, the heavy line brings it, and they played a good game tonight.

Martinez, on what he saw as the game lapsed and both teams got their footing:
I think that we’re two pretty similar teams in terms of, you know, we do have a lot of focus on structure and things like that and I think you saw that from them tonight. They play a structured game, they’re disciplined, they battle hard and you know, I think that we had our opportunities and we obviously didn’t bury them. But that’s pretty classic New Jersey Devil performance.

Martinez, on if the loss is more deflating than usual as the team heads down the stretch:
I think that’s you developing a story, that’s not what the feeling is in here. It’s one game we lost, we move on to the next one. We’ve got a big road trip coming up, but as far as I’m concerned I’m not thinking even about anything like that and neither is any guy in this room.

Martinez, on the Devils’ style of play:
I mean they’re very structured, they’re committed to their team game. You know, they have a deep hockey club, really mobile D. Each line plays with a lot of speed. You know, they had a couple additions there—you know, Grabner he improves their speed—and they play a structured game and create opportunities off that.

Martinez, on if there’s anything to the trend of day games not having gone well for the team:
Game time is game time. There’s no excuse.