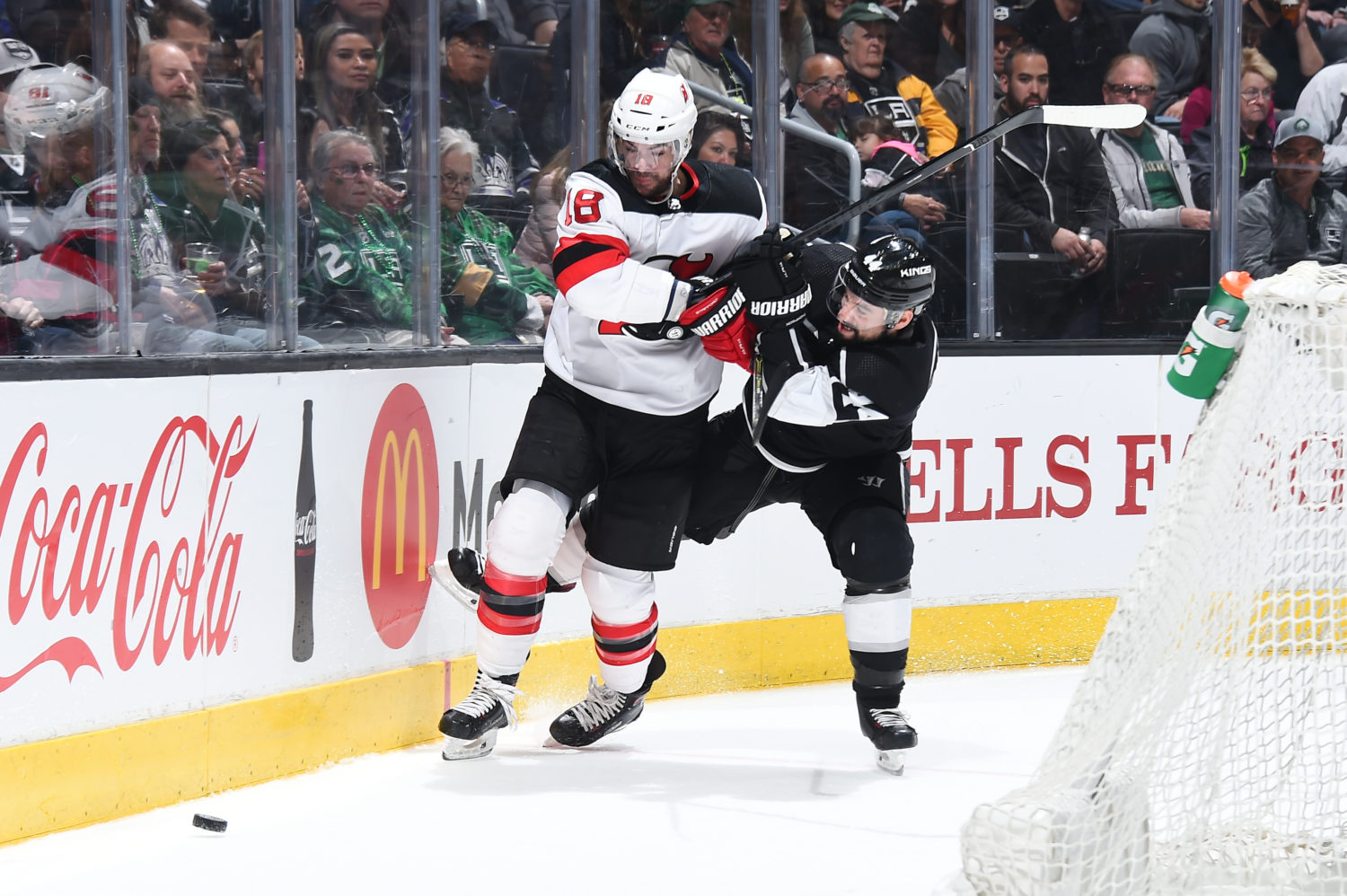 On the “missing piece” from the loss:
We didn’t execute, quite honestly. We got off to a good start. I thought the guys played hard tonight, just didn’t manage the puck. I thought we drew penalties because we did a really good job of getting pucks in and being hard on pucks. We had good movement in the offensive zone. The shorthanded goal is a big momentum killer. Not scoring on the five-on-three, big momentum killer. They had four shots in the first period, two of ‘em are in our net. One’s a breakaway, the other one’s not a great line change in terms of responsibility. Now you’re chasing the game after having a pretty solid period. On top of that, special teams – I mean, this time of the year it seems like there are a few more penalties being called the last probably week-to-10 days, and special teams can certainly be a factor. I think when you kill a penalty or are on a power play, especially a power play when you don’t score, you want it to be momentum, and I thought that was a real momentum killer here tonight.

On whether Keith Kinkaid was a “brick wall” in net, or whether the Kings beat themselves:
No he played well. He’s played well against us. We weren’t surprised he played because his record against us is very good. I just don’t think we did enough to make his job more difficult. I think we were at the net but not taking his eyes away enough, and I thought we stopped shooting the puck as the game wore on maybe because the pucks weren’t going in or we didn’t block before that, but I thought we had opportunities to shoot the puck. I think when you’re thinking about shooting the puck, people are going there. I’d like to see our net presence improve and I’d like to see the goalie have a little more difficult time seeing the puck. But give him credit – get a shot in the National Hockey League, their team checked well tonight, and he played well.

On whether this loss is particularly deflating, given how much is currently at stake for the team:
Not really. We’ve talked about this all along. We’re in playoff mode. You take a game for what it is, it’s a game. It’s unfortunate – we wanted to get two points before we head on the road. I thought the team played hard tonight. I thought the team played really hard tonight, and that’s what we can ask for our team. The score doesn’t always turn out the way you want it, but your attention to play the game the right way, and being prepared to play hard, it was there tonight. If we win a game, it’s a big two points for us. We came back from Arizona, we got a point. That was a big point for us. You lose a game, you move on and get ready for the next one. We’ve got an important week coming up this week, so we’re in playoff mode. We’re thinking about Minnesota now, and we’ll get ready for the game after that when that comes.

On whether he’s glad the afternoon games are over:
Well, they haven’t been kind to us lately, for sure. But, you know what? They are what they are. I think you go into your preparation, and what I remember as a player, once you get into the routine, once you get up, once you get to the rink, you don’t even know what time of day it is. You have a routine of preparation that you go through. Obviously, it’s a little bit different, but again, you can’t look at this game and say we weren’t ready to play. I thought our guys were ready to play. I thought they did a really good job. But, being ready to play, we didn’t like the result, obviously. But, in terms of wanting the guys to be prepared to play, the guys were prepared to play.