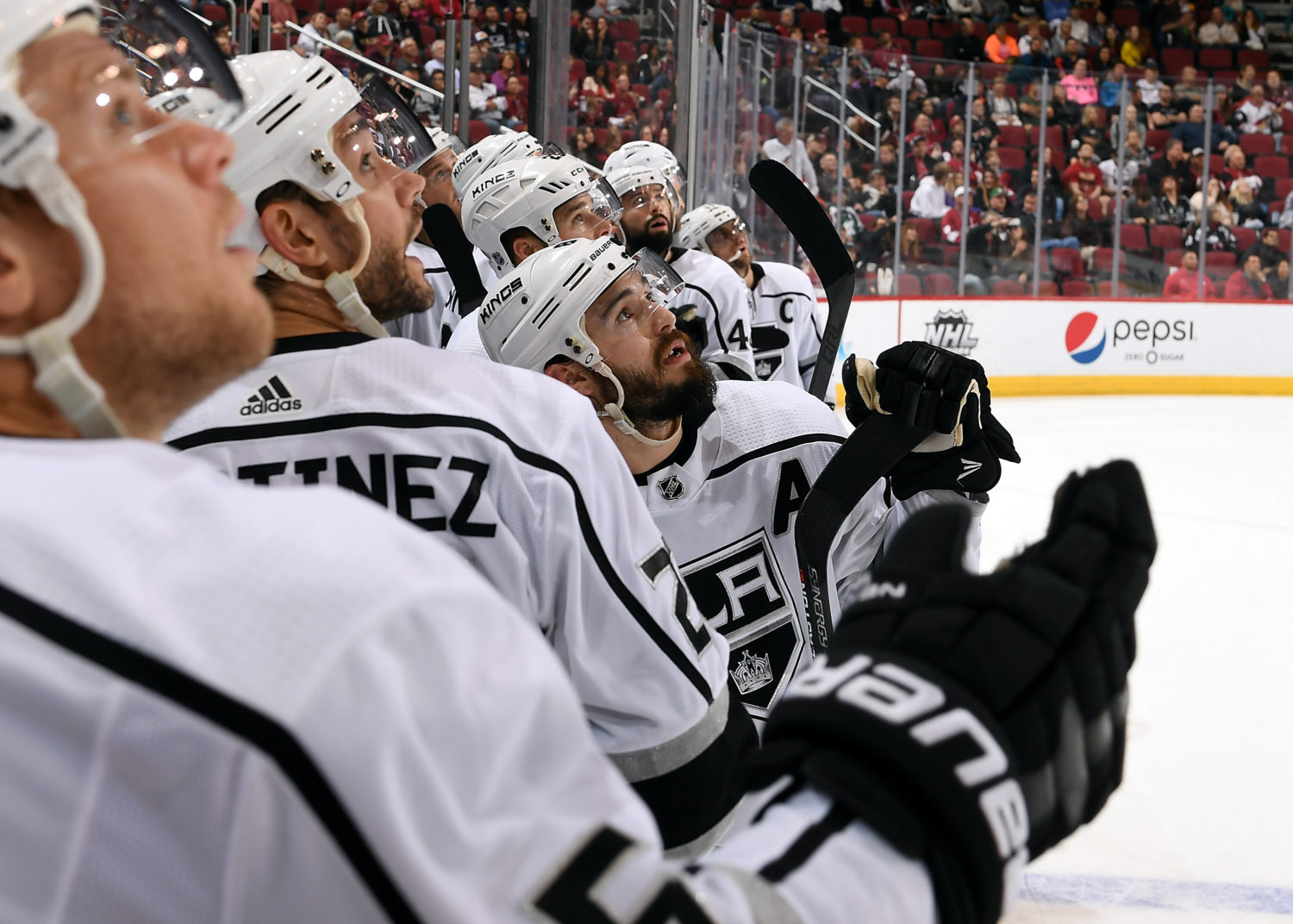 On whether the team picked up a “satisfying point”:
Well, we’re here to get two points. I think we got off to a really good start in the hockey game, I thought we were doing a lot of really good things. We had really good pace throughout our lineup, and then a couple mistakes ended up in our net. So, now you put yourself in a situation where you’ve got to expend a lot of energy trying to catch up in a hockey game. For whatever reason you burn a lot more energy when you’re behind trying to catch up, but, to the guys’ credit, they find a way to get back in hockey games. I would’ve liked to see that goal count, to be honest with you, but we still had our opportunities in overtime to put it away on the power play. It’s a big point, but I think we realize we left one on the table after putting ourselves in position to win the game.

On what he saw on the overturned goal in overtime:
Obviously the puck was deemed that it went in the net, which obviously is the right call, and then they go back and look at the goalie interference. If there was contact, I thought it was induced from their player riding Drew into the goalie, that was my take on it, but I don’t know what I’m talking about, because I’m still confused on the whole issue. It’s a guessing game for me, but that’s the call they made. We still had an opportunity in overtime and we didn’t take advantage of it.

On Jack Campbell getting into key games late in the season:
Well, we’re going to need Jack to win games for us and get us points, bottom line. He’s worked at his game hard. He hung in there and gave us a chance to win the game. I thought the save he made on the breakaway was huge and allowed us to stay within striking distance. It’s tight, and we’re going to need great goaltending. We’re going to need both guys to play well, so we’re going to count on him.

On whether Jeff Carter is showing progress in getting to where he wants to be this time of the year:
I think it’s tough for guys that have been injured for a long time trying to get back, and the schedule is what it is. If you look around the league, there are some really good hockey teams that on certain nights, they really lack energy, so for an injured guy coming back in his situation, it’s hard. But, Jeff’s a pro. He knows how to dig deep within himself to make a difference, and he has. His production has been big for us since he’s come back, and I think it’s important we manage his rest and his fatigue to allow him to be a good player and continue to help us.

Via the NHL’s Situation Room, which initiated the challenge on Drew Doughty’s overtime goal and overturned it:
At 0:25 of overtime in the Kings/Coyotes game, the Situation Room initiated a review under the terms of a Coach’s Challenge to review whether a Los Angeles player interfered with Arizona goaltender Adin Hill prior to their goal.

After reviewing all available replays and consulting with NHL Hockey Operations staff, the Referee determined that Los Angeles’ Drew Doughty interfered with Hill before the puck crossed the goal line. According to Rule 78.7, “The standard for overturning the call in the event of a ‘GOAL’ call on the ice is that the Referee, after reviewing any and all available replays and consulting with the Toronto Video Room, determines that the goal should have been disallowed due to ‘Interference on the Goalkeeper,’ as described in Rules 69.1, 69.3 and 69.4.”