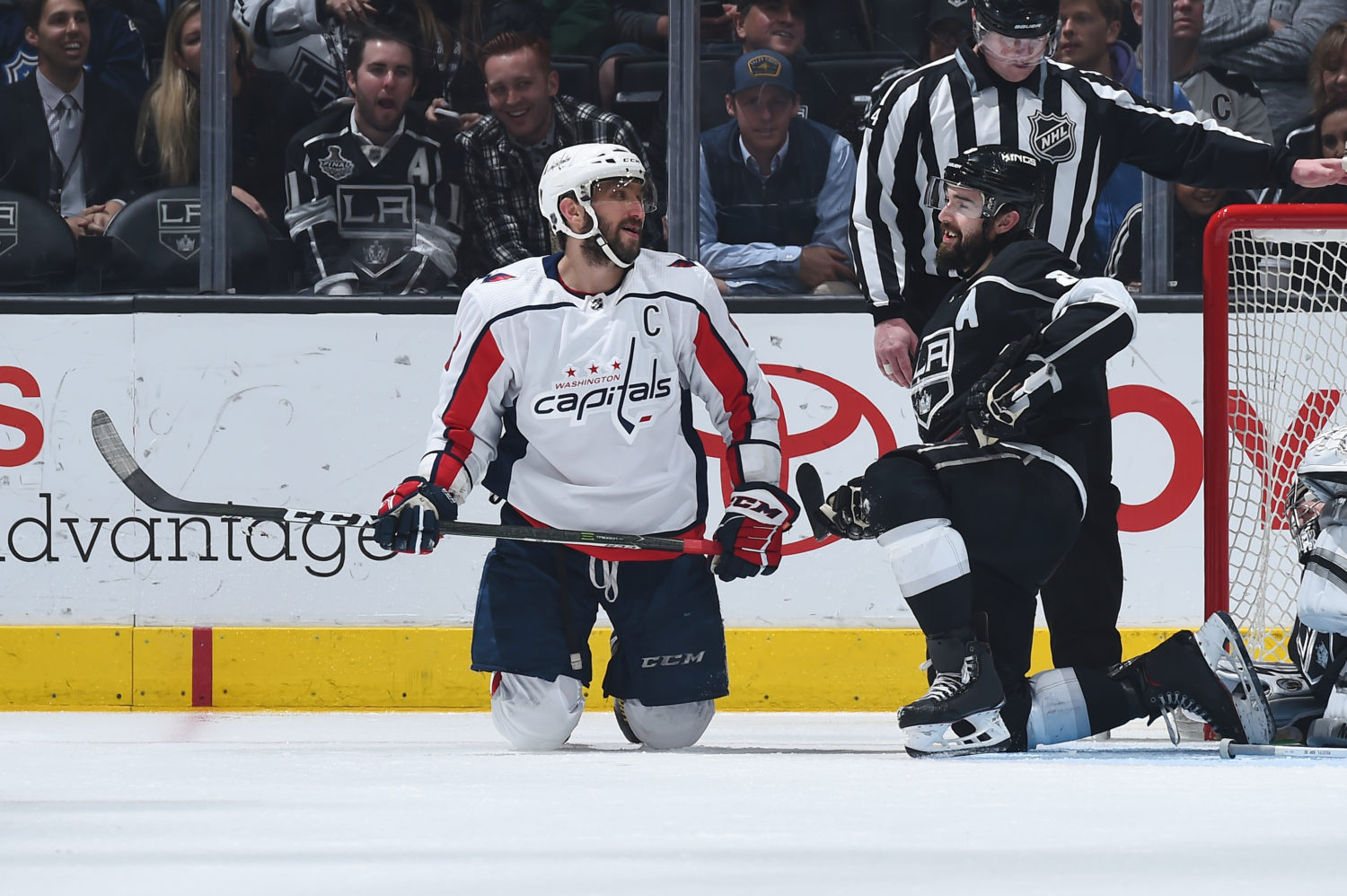 On what it says about Drew Doughty that he’s appeared in 314 consecutive games:
It’s pretty remarkable that Kopi, Brownie, Drew seem to be in your lineup every night. They play big minutes, they play hard minutes. Drew plays big minutes every night against the best players on the other team. He’s what we think is a ferocious competitor. You look at the game Brownie plays as well, Kopi and guys like that. It’s pretty impressive that he can do what he’s done as taxing as the game is for him, and as much of a difference as he makes. But he’s one of those guys that doesn’t miss practices, doesn’t miss games, wants to be on the ice, loves to play, and he’s probably a guy that plays with sometimes nagging injuries that he doesn’t’ let them bother him that might keep other guys out of the lineup. He’s a great competitor, and I think that’s reflective in the amount of games he plays.

On whether the optional morning skate was influenced by the compacted schedule:
Yeah, we just looked at the schedule. We felt it was important we skated as a group yesterday. Back-to-backs coming up. Not just the back-to-backs here, but this is four-in-six coming up, what’s coming out next week. We’ve still got a heavy schedule this time of the year, so it’s all about getting ready to play games and optional skates or morning skates for me, whatever you need to do to be ready to be a good player at night is what you need to do. Some guys like to skate in the mornings. Seems like more so on the road just because there’s a little bit of a long day. You skate later in the mornings [on the road] and you don’t have to sit around all day. At home, it’s hit or miss, but the schedule dictates a lot of times what we’re going to do, especially at this time of the year.

On why a sound defensive team has struggled with checking occasionally in tough losses:
I don’t know. I think sometimes we talk about offense a lot. Sometimes where your energy flows, focus goes, and where your focus goes, the energy flows. I think when you start talking, we’ve always been conscious of trying to get better offensively but doing on a foundation of being really good without the puck, and just a simple scenario is you want possession of the puck. You spend a lot of the game without the puck as a player, the better you are at getting it back, the more you have it. The more you have it, the more you can do with it, and we think once you have it, your possession game can be a good defensive tactic, too, because you have the puck. The best chances in hockey come off turnovers. Whether it’s turnovers in your own zone that lead to a rush attack, turnovers in the neutral zone that lead to a rush attack, even a lot of times power plays where there’s a failed clearing attempt and you should should’ve gotten the puck out, don’t, it ends up in your net. I just think when you check well, you get people caught out of position, when you check well, you’ve usually got good support. The team that’s regaining possession of the puck, and it puts you in way better position to take advantage of it offensively.

On hits not being an accurate stat when gauging checking:
Well, look at the game the other night. We way outhit our opponent, but they were way harder on the puck than we were. The best players in the game are guys like Kopi that play really hard and are really hard on the puck. I think putting bodies on people is important because it puts people out of position and it separates the puck. Every rink’s different in terms of how they determine hits. It does tell you something, but at the end of the day, it’s about regaining possession of the puck, and it might not be that time, but next time, but I think pressure, pursuit, when we talk about checking, we talk about moving your feet, we talk about having a good stick, and we talk about playing through hands. So, all those things, you can get the puck back by just putting pressure on your feet, and you can get the puck back by having a really good stick and you can move the puck back by separating your opponent from the puck. They all work very effectively. Some players use one asset more than others, some use all three, but all three are effective.