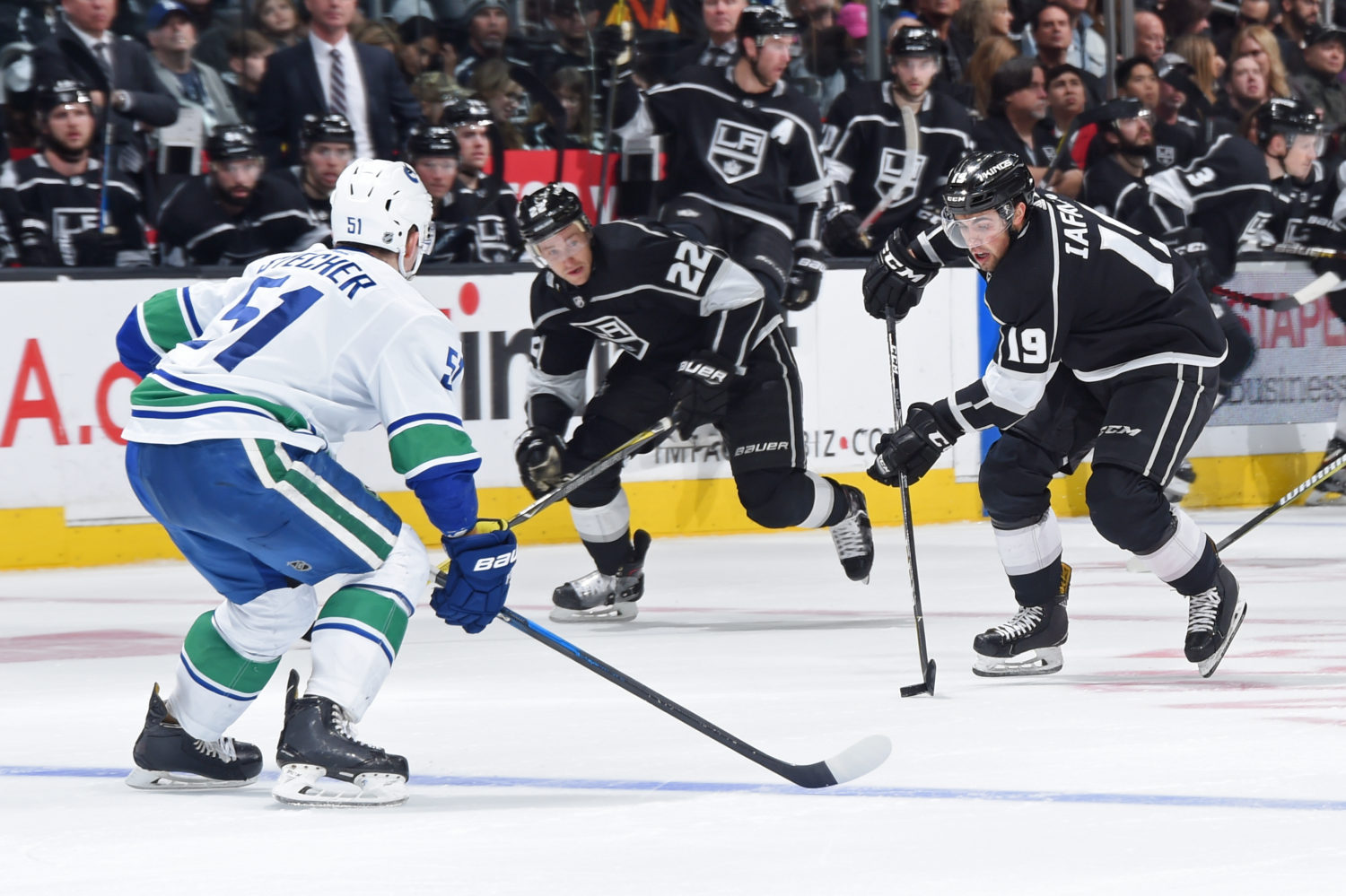 On whether he was happy with the commitment to checking:
Very much. Unlike last time out in Vancouver, that was exactly what we didn’t do, and we kind of knew it was going to be a rush game right away and we got behind the eight-ball early, and tonight I thought we did a much better job of not allowing their speed. They do a really good job leaving the zone quickly with zone quickly with speed, and a lot of them, it’s a little bit different. They do it away from the puck, so if you’re not paying attention, they get behind you in a hurry, and I thought our guys did a good job with that. I thought the second period, it wasn’t that we weren’t checking well, it just seemed like field position shifted a little bit where they came at us for a little bit, and long change, second period, but I thought we got it righted again with a much better effort without the puck, for sure.

On Jake Muzzin’s pass to Tyler Toffoli:
Yeah, quite a play, just out the back side, and I thought he saw some open ice there. I was really happy for that Kempe line tonight, and I thought Ty really skated tonight and Tanner made a really strong power move coming out of the corner. We talked to that line, just how much we needed them to play like they did on the road trip earlier in the year and it could really balance out our attack, and I thought they did tonight. That was a great play – a high-end pass, and a high-end finish by Ty.

On shifting the centers among the forward groups:
Juice – Adrian’s done a good job at center all year. We like his speed in the middle of the ice. We thought we’d put Toby back in tonight. He’s been working hard in practice, and we thought his speed would really help us, and it just gives us more veteran players down the middle with speed as well as size. I thought all lines balanced out of that. Kopi was Kopi tonight, I thought Jeff’s line was good with two speedsters with him there, and I thought the Kempe line was really good, and I think the Thompson line gives us really productive minutes, and those guys are really solid on the penalty kill, so I really thought the changes evened out our minutes, and we got some quality time from all four lines.

On whether Anze Kopitar’s goal was representative of doing the “little things”:
Yeah, I thought there was a period of time there, Kopi, he’s been a dominant player at times this year and he probably could’ve been rewarded with a little more offensive output there because he was around the net a lot, but Kopi, I think he’s an elite player in the league on both sides of the puck, and we need him to be our leader in terms of the team game and leading the charge in the checking game, and he’s done that all year for us, so we’re going to need him to continue to do that. [Reporter: Does Kopi need votes for MVP?] Not from me. He’s got my vote already. It’s interesting you say that. I’m surprised – I don’t read the paper much, though, so maybe it’s been out there, but I haven’t heard a lot of talk about it. I don’t know why he wouldn’t be in the conversation, because he’s been as important to our team as any other player in the league has been to their team.