Waking up with the Kings: March 11 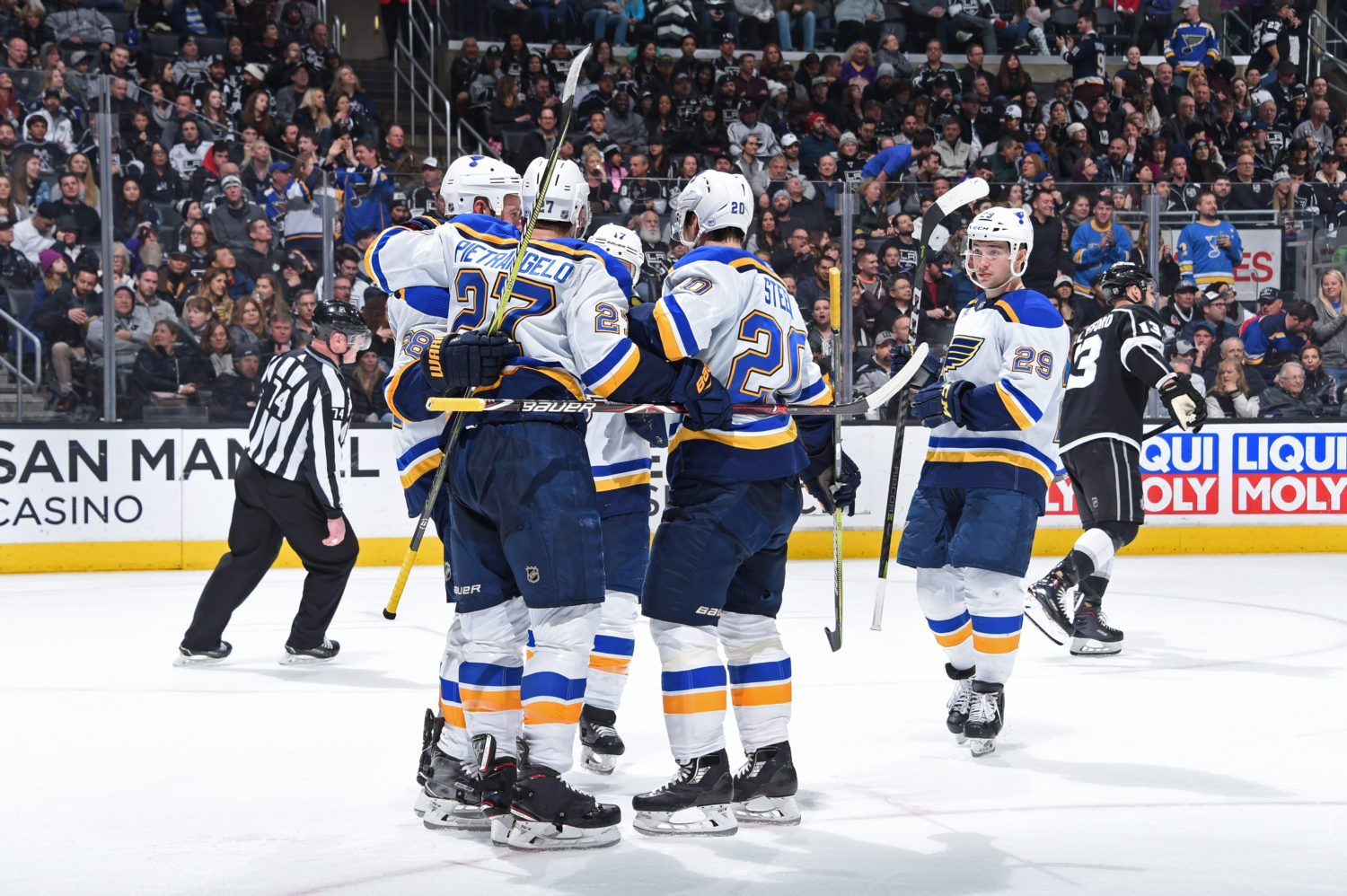 The Los Angeles Kings have played eight games since stringing together three consecutive wins at the end of their seven-game road trip, which finished with a composed, character win at Winnipeg. They are 4-4-0 in those eight games, demonstrating a befuddling inconsistency that has produced the heights of a home-and-home sweep of Vegas and character wins over Columbus and Washington amidst the craters of home losses to Edmonton, Chicago and, haltingly, Saturday’s 7-2 defeat to a St. Louis team that entered with 10 goals scored over its last eight games. It is not a surprise that the Blues forged together a fiery performance from the ashes of a dreadful 10-game stretch. Even without Paul Stastny, who had been traded to Winnipeg, and the injured Jay Bouwmeester, Joel Edmundson and a role player in Scottie Upshall, St. Louis entered the game with the appearance of a wounded and defensive animal ready to strike with its season on the line. The surprise is how laissez faire the Kings treated the afternoon, showing, as John Stevens said, a “fight on the puck” that “was not at a playoff level if you expect to win this time of the year,” and as a result, they were run out of the building in a game in which they generated solid B-plus-type chances early but exhibited poor puck management, suffered numerous defensive breakdowns and were not bailed out by their typically excellent goaltending while yielding 43 shots on net. It was a team-wide effort that raised St. Louis, which banked on only one point – a Jaden Schwartz secondary assist – from its excellent top line through two periods, as well as a standout two-point, eight-shot, 13-shot attempt, plus-five outing from captain Alex Pietrangelo through the full 60 minutes. Up and down the lineup, Los Angeles did not match the intensity and control of the game. “I think our effort overall has to be a lot better from top to bottom, me leading that charge, especially this time of the year,” Anze Kopitar said. 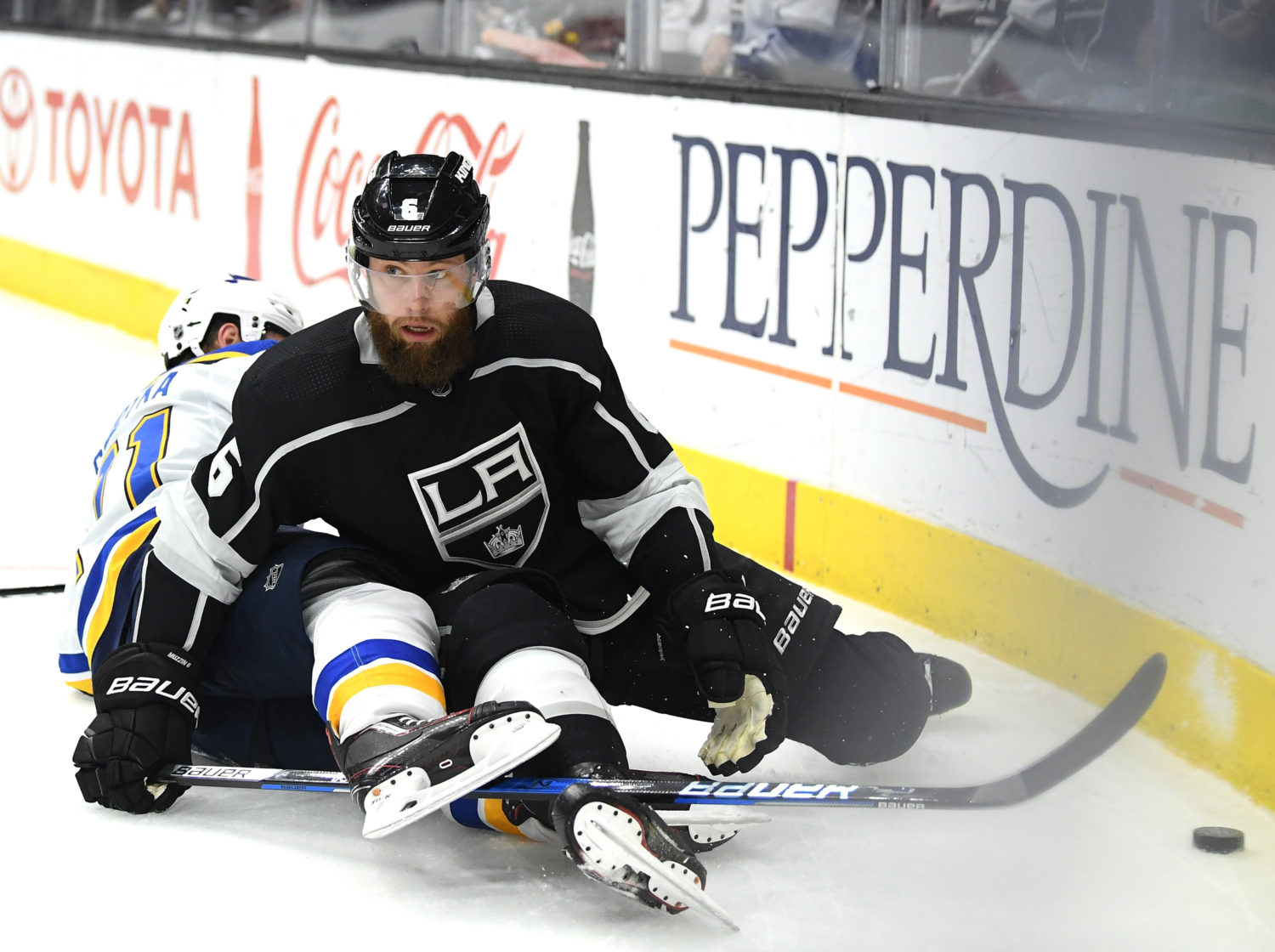 The blowout loss comes at a particularly difficult part of the schedule. The opponents aren’t exactly a murderer’s row – Vancouver visits on Monday, followed a quick trip into Glendale, Arizona on Tuesday before Detroit visits next Thursday – but given the compacted four-in-six stretch some 68-71 games into the season, Los Angeles is at a point in the schedule where scheduling rest takes heightened importance, so it’s not as if they’re likely to get in a surplus of work in the aftermath of Saturday’s debacle. It’s also important to note that the issues the Kings showed on Saturday were mostly emotional and competitive in nature, and not necessarily structural or tactical. (The team also worked in several extended practices during their lengthy break earlier this week, which helped produce a tightly executed and composed 3-1 win over Washington.) Practices are also often structured well in advance, with the ability to adapt based on the more immediate results. That the team suffered a five-goal defeat is a challenging way to open up a busy week in which the records of the teams they’re facing aren’t necessarily indicative of the types of games that should be expected. 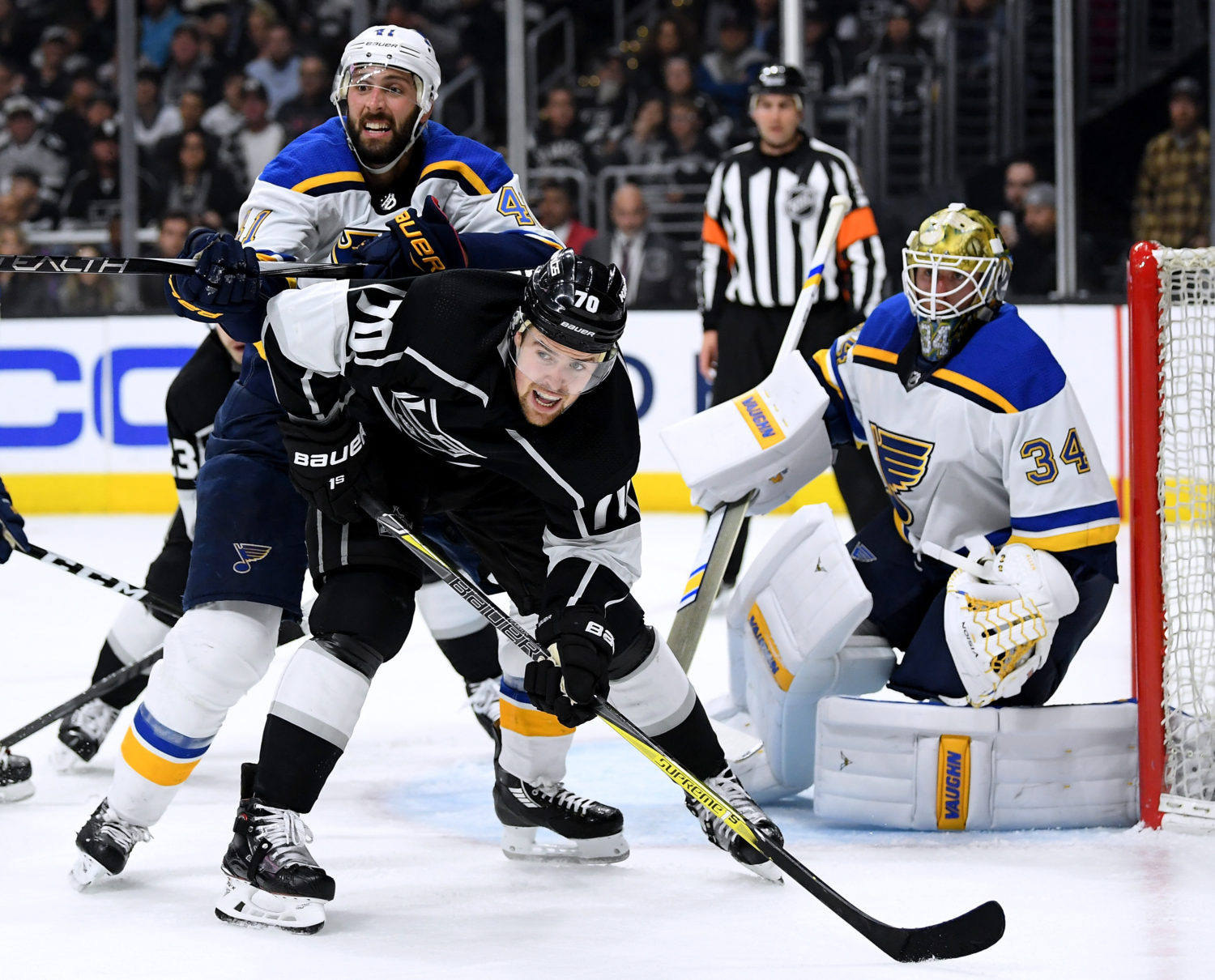 At some point, if the Kings are going to be a playoff team, they’re going to need to generate momentum greater than what they’ve showed over recent weeks. In a medium-term picture, they’re 7-4-0 in their last 11 games, which is a playoff-type pace over 82. But with a 3-4-0 record at Staples Center since returning from Winnipeg, they haven’t yet been able to take advantage of what many would expect to be a favorable home schedule, nor have they picked up any consolation “loser points” in all of 2018. This places extra emphasis on the glut of critical four-point swing games that remain, all of which will be contested over the final 10 games of the season: home-and-aways with Minnesota and Colorado, home games against Dallas and Calgary, and a road game at Anaheim. Hold on to your butts. 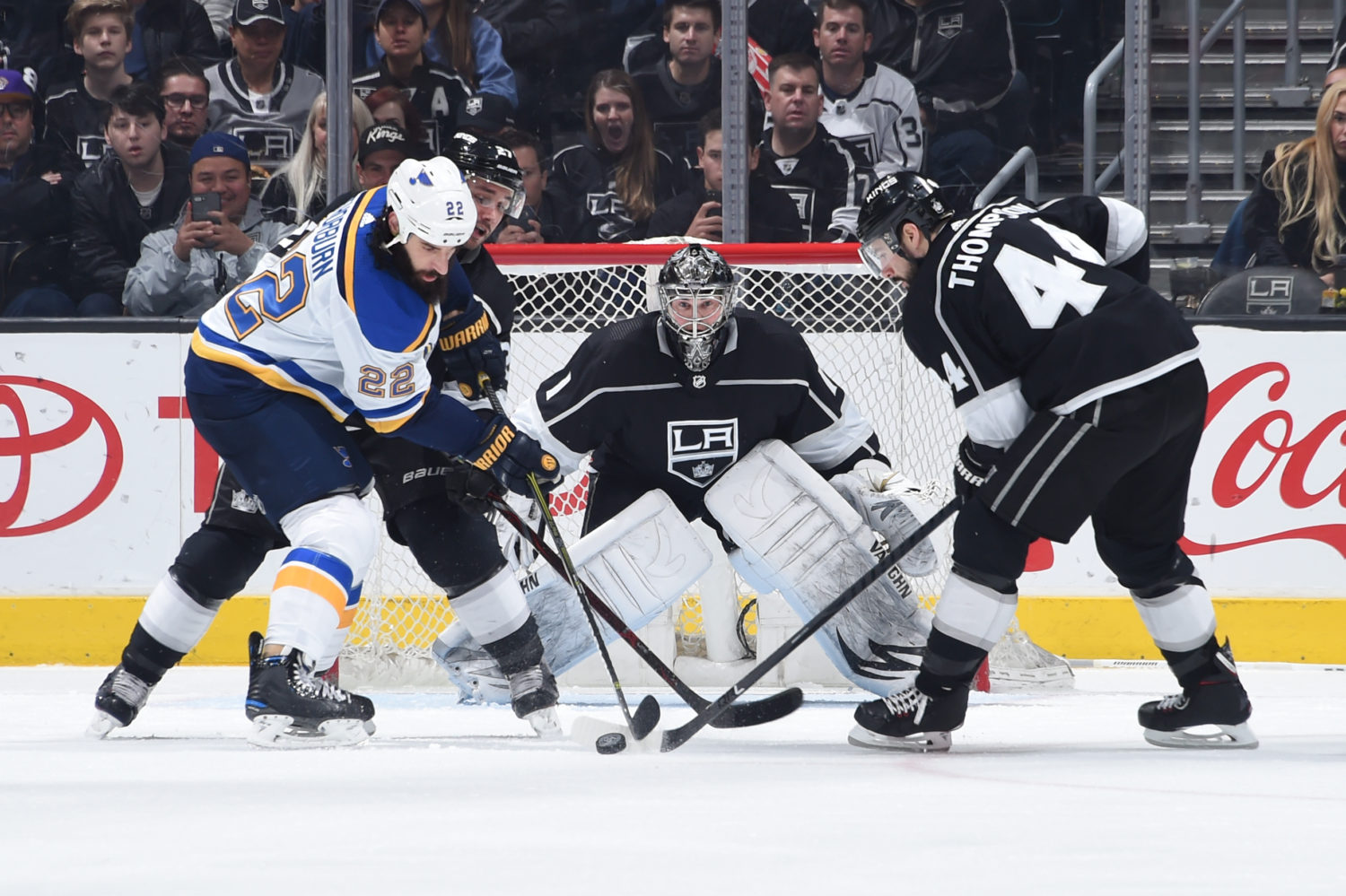