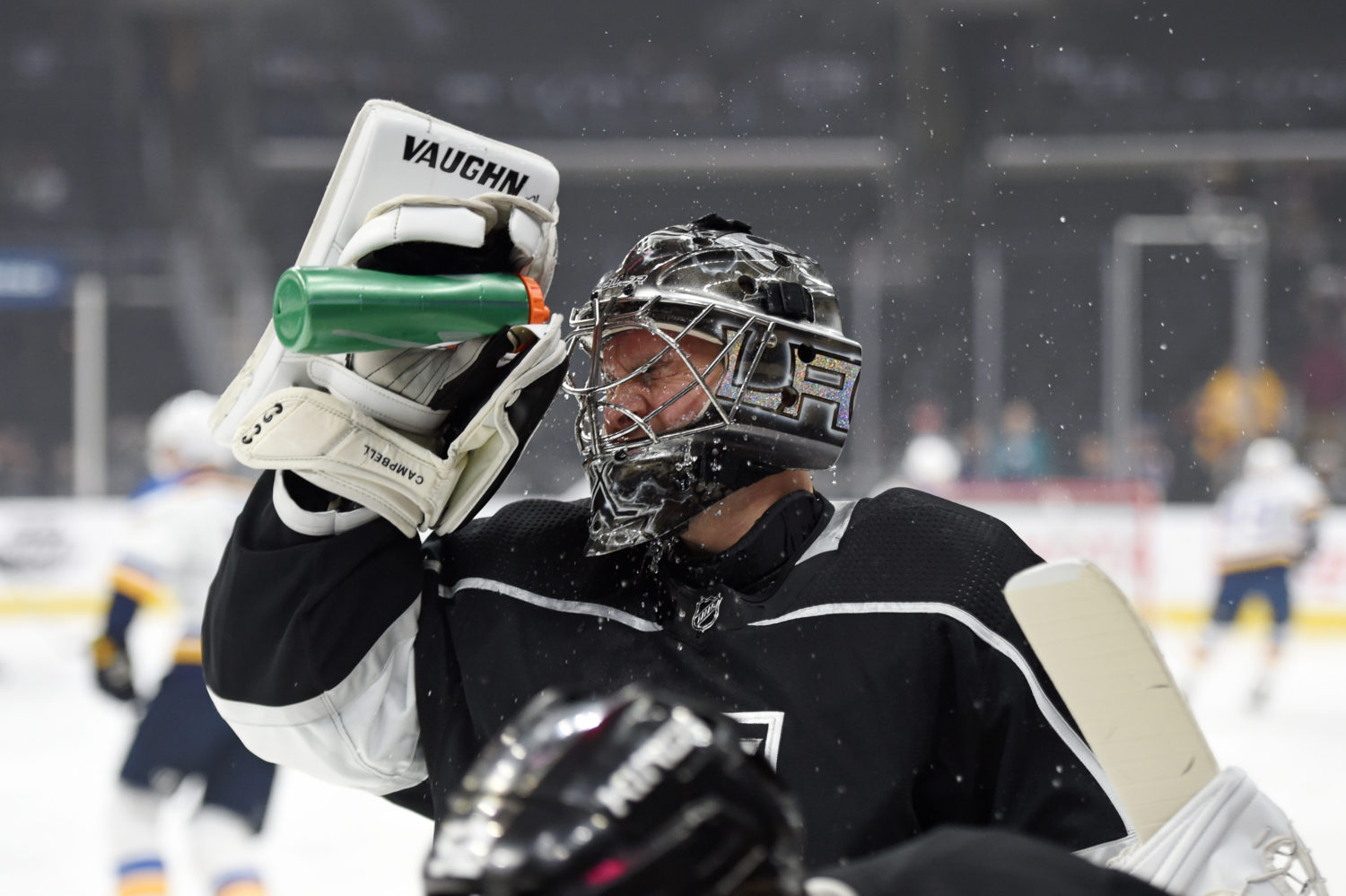 Good afternoon, Insiders. The Kings practiced at 10:00 a.m. at Toyota Sports Center on Sunday and, courtesy of Joshua Cooper, were aligned up front as such:

So! Some changes may be in store. “We’re trying to just gauge our team, where they’re at, who’s playing well, who complements each other, situational ice time,” John Stevens said. “The practice day was just about getting some reps in. We worked on a couple different things, but what we did today doesn’t necessarily mean what we’re doing tomorrow, but we’re certainly going to take a look at it.”

Certainly, given the performance of the 7-2 defeat on Saturday afternoon, it’s not hard to envision some adjustments. A question about “resetting” after tough losses was asked of John Stevens, with the context that the team has done an admirable job of responding well following the uncharacteristic blowout losses – the team is 15-7 in games decided by three-or-more goals – with stronger performances. The statistics don’t necessarily support that thesis; the Kings are 2-4-0 in the previous six games that followed losses by at least three goals. But one of those wins was the emotional 2-1 overtime win at Calgary on January 24 that exhibited strong character.

Where the Kings have graded well resilience-wise, as Stevens would allude to, has come within games. Los Angeles has a league-best 11 wins when trailing after the first period.

“We’re going to have to be [able to reset],” Stevens said. “We’ve done that in games, too, where we’ve had games where we’ve gotten behind. We haven’t let one instance in a hockey game usually determine the outcome. Last night I thought any time we got a foot back in the door we opened it up the other way. It was a 2-1 hockey game late and we had a chance to score and didn’t and they added two quick goals late in the period, which really shifted the momentum at the end of a period like that – that’s really hard to overcome. At the end of the day, this group has had the ability to focus on the whole 60 minutes and not let one bad shift affect a bad period or a bad game.”

“Certainly, one game, it is what it is. It’s one game we lost. Unacceptable in terms of the way we played, but now it’s time to move on. We can’t let what happened behind us affect what happens in front of us, only we need to return from it. We can’t sit here and mope about what happened last night. We need to something about it.”

As noted earlier today, it’s an interesting schedule ahead. None of the next three teams the Kings will face are playoff teams, but there are still major challenges presented by a four-in-six portion of the schedule against a group of teams that each come with their own pratfalls and possibilities.

“I think every game is difficult and there are different reasons why,” Stevens said. “Some are you’re playing a really good team that’s hard to contain that’s on top of their game, or you’re playing a team that maybe has guys getting opportunity because of injury or new guys in the lineup or getting healthy. A lot of teams are out of it, so the expectations of making the playoff spots, they’re going to play really loose and – I don’t want to say ‘carefree’ – but play with confidence because they’re in the situation where they’re way out of it. I think every game’s difficult, but at the end of the day, they’re a good team. They’re a good team. Arizona’s a good team. There isn’t a team in the National Hockey League that’s going to give you a lay-up. If you don’t play well, you’re not going to win.”

—The Vancouver Canucks, Monday’s opponent, play in Arizona tonight. Jacob Markstrom will draw tonight’s start for the Orcas, so it’s more likely that the Kings will get Anders Nilsson, who is 1-10-2 in his last 15 games but picked up a win at Staples Center by stopping 30 of 32 shots back on November 14. Vancouver will be without Brock Boeser (back), Chris Tanev (leg), Loui Eriksson (rib), Sven Baertschi (shoulder), Brendan Gaunce (foot) and Mikael Granlund (ankle) tonight in Arizona, though Tanev skated this morning.