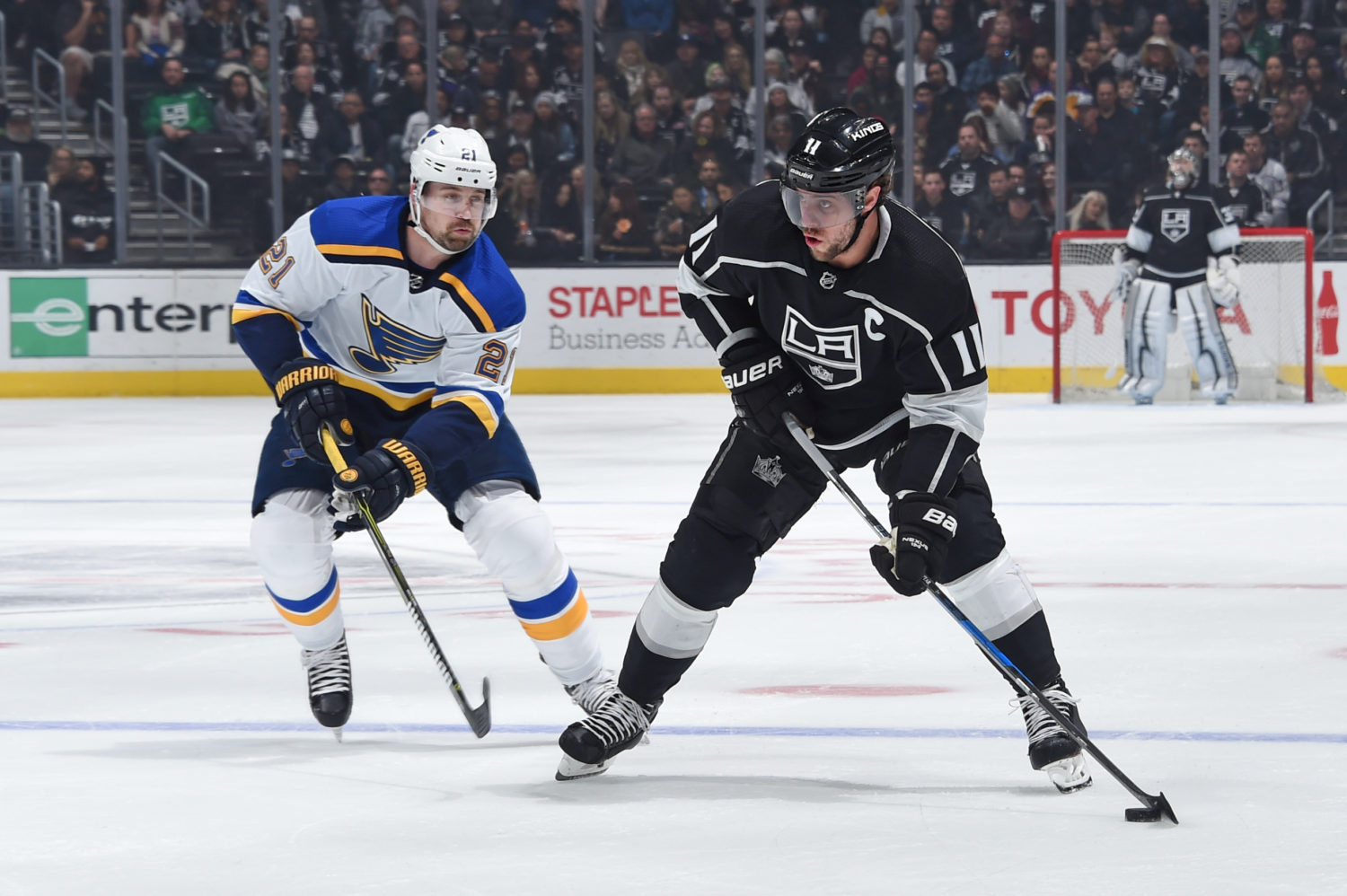 Anze Kopitar, on the defensive breakdowns:
Too many breakdowns, obviously. I thought halfway through the second period we got some momentum and I thought we were playing pretty well. We got some chances. We were able to cut the lead down to one, and then a couple of obviously quick goals that we gave up really buried us.

Kopitar, on what was missing in the offensive zone:
I think it’s more than just one piece. It’s getting in front of the goalie, making sure you get into scoring areas and just making plays, really. We couldn’t quite connect on ‘em, and it seems like whenever they came down in our end they pretty much scored, especially late in the second and obviously in the third. I think our effort overall has to be a lot better from top to bottom, me leading that charge, especially this time of the year. Pretty much every game’s a playoff game, and we’ve got to treat it that way.

Kopitar, on how to make sure the loss doesn’t represent a negative turning point:
I’ll be honest with you, sometimes you get pummeled 7-1 and it’s maybe easier than losing 2-1 or 3-2. I don’t think a whole lot needs to be said. I’m sure each and every one of us knows what we’ve got to do and that we have to play a lot harder and with a lot more emotion than we did today. We’ll be ready for the next game.

Dion Phaneuf, on the challenges defensively:
I think it’s evident in the score what went wrong and what happened. The bottom line is they had a little bit more than us in all the areas, and when you play against a team, especially at this time of the year and this kind of a race that we’re in, they’re a desperate team, and I believe we as a group knows that we’ve got to have more desperation than we did tonight. You can see the result that was handed to us. The bottom line is we’ve got to move forward now. We’ve got to flush this down and really you’ve got to have a short memory, because we get back to work tomorrow at practice and we’ve got to build ourselves back up. It’s no fun when you have a game like this. We need more out of all of us because we expect more, and I think we got what we deserved tonight when a team has a little bit more than we did. You can see the result that was handed to us.

Phaneuf, on whether the amount of turnovers was surprising:
It’s just uncharacteristic of our group. I think that the way that we play when we have success, we’re a big, strong, fast team, and today we kind of got away from the way that makes us successful. I just look at the first period, and you could see the shot totals. We gave up more than we usually do, and when we do that, we hang our goalie out to dry. Both of them. We didn’t give them enough help, and that’s on us as the guys in front of them. We’ve got to do a better job, for sure.