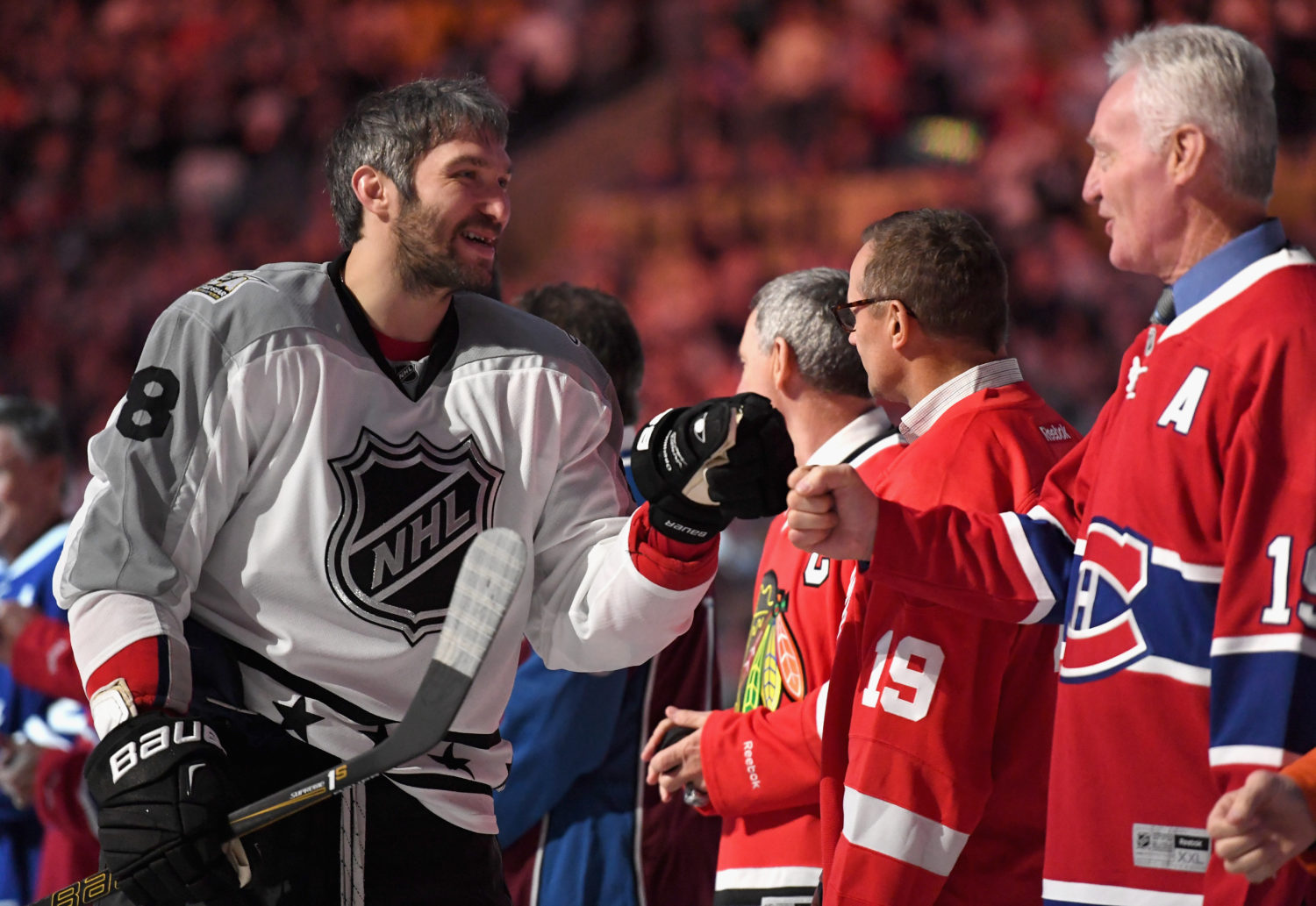 On Alex Ovechkin being two goals shy of 600 in his career:
How old is he? [Reporter: 32.] Yeah. He’s been an impressive guy since he’s come into the league. Plays with a lot of passion, and scoring goals in today’s game is difficult. He looks like he’s got a runway ahead of him yet. It’s been impressive. I think from the day he got here, everyone realized how much passion he had to score goals. The guy loves to score maybe more than anybody in the league. He’s a big, powerful guy that shoots the puck at a really elite level and has done it over time, when you think about it. 600 goals is a lot of goals. I think when anybody gets up those numbers, it’s impressive, but certainly impressive in today’s game as a player of his age.

On how to game plan against Ovechkin’s power play one-timer from the left circle:
It’s not just his one-timer. He can change, overskate the puck or pull it into his feet and get it off and doesn’t need much time to do it. He’s really hard and heavy around the net and on the puck, and he’s got a great centerman. He might have one of the best passing centermen in the game right now. You just try to take away his time and space, don’t give him odd-man rushes, make sure you know where he is at all times. Lots of people have tried and have not had a lot of success, but he’s a great player that needs special attention.

On the greatest goal scorers he had ever played with:
You know, I don’t know. Pure goal scorers? I mean, look at the guys here. I think Tyler Toffoli’s got a knack for scoring goals that other people can’t score. I think guys score goals going to the net where they do good things where the puck ends up in the net. I think Ty does that here. Jeff Carter is certainly one of those guys I had in Philly in here. Simon Gagne was one of those guys early in his career where if he got a chance, he’d probably finish it, but I don’t know if I’d put those guys in the category we’re talking about [with Ovechkin]. There are certainly some great ones here. We have Pierre on our staff, who I’d never seen play a whole lot, and then Luc was out west and I hadn’t seen him a whole lot, but they certainly had a ton of success at scoring. To see guys that score goals that other people can’t, I’m not going to say it’s rare, but those are guys who have special abilities.

On the state of the game, given that some scoring records may be challenged in the future:
I think the game’s gone through a transition period where there was along stretch where we all really hunkered down to become better defensively, and now I think everyone’s hunkered down to find ways to be better offensively, and I think it’s paying off. Analytics probably helps a little bit where you can put pucks to areas where maybe you didn’t think you’d had success before. I think there are trends in the game that I think you can take advantage of. You see 10, 12, 13 power plays over 20%, which you’ve never seen before, so I think there a lot of smart people involved in the game. The skill level of the players seems to be getting better all the time, and I think we’re starting to learn that you can teach scoring a little bit, and maybe that’s one of the reasons for it – I don’t know. Defensemen are more involved now. But you see someone like him, who scored early in his career, and he’s still scoring a higher rate than anybody in the league is impressive.

On an aspect of the overall team game that he’d like to see improved:
Probably the forecheck. We really like that to be a real source of momentum for our hockey team. I think there’s times when we’ve really been good at it, and I’d just like to see that part of our game be a real consistent part of our game that we can rely on for zone time, scoring chances. It’s a great defensive tool, because you’re not in your own zone. That’s probably one area, for sure.

On Nate Thompson:
I think he’s a veteran guy that has a real strong identity as a player, so it’s not as if you’re wondering what you’re getting. You know what you’re getting. He’s played all three forward positions, he’s been really good in faceoffs, and I think he’s areally smart player without the puck, and he’s done a good job killing penalties, so that’s kind of what we thought he was when he got here. Just a good, solid veteran guy. I think he’s got a really good understanding of what he is as a player, and it allows him to step right in and be that player.

-Trevor Lewis and Dion Phaneuf updates, and one Alex Ovechkin quote have been withheld for today’s practice notes.
-Lead photo via Brian Babineau/NHLI