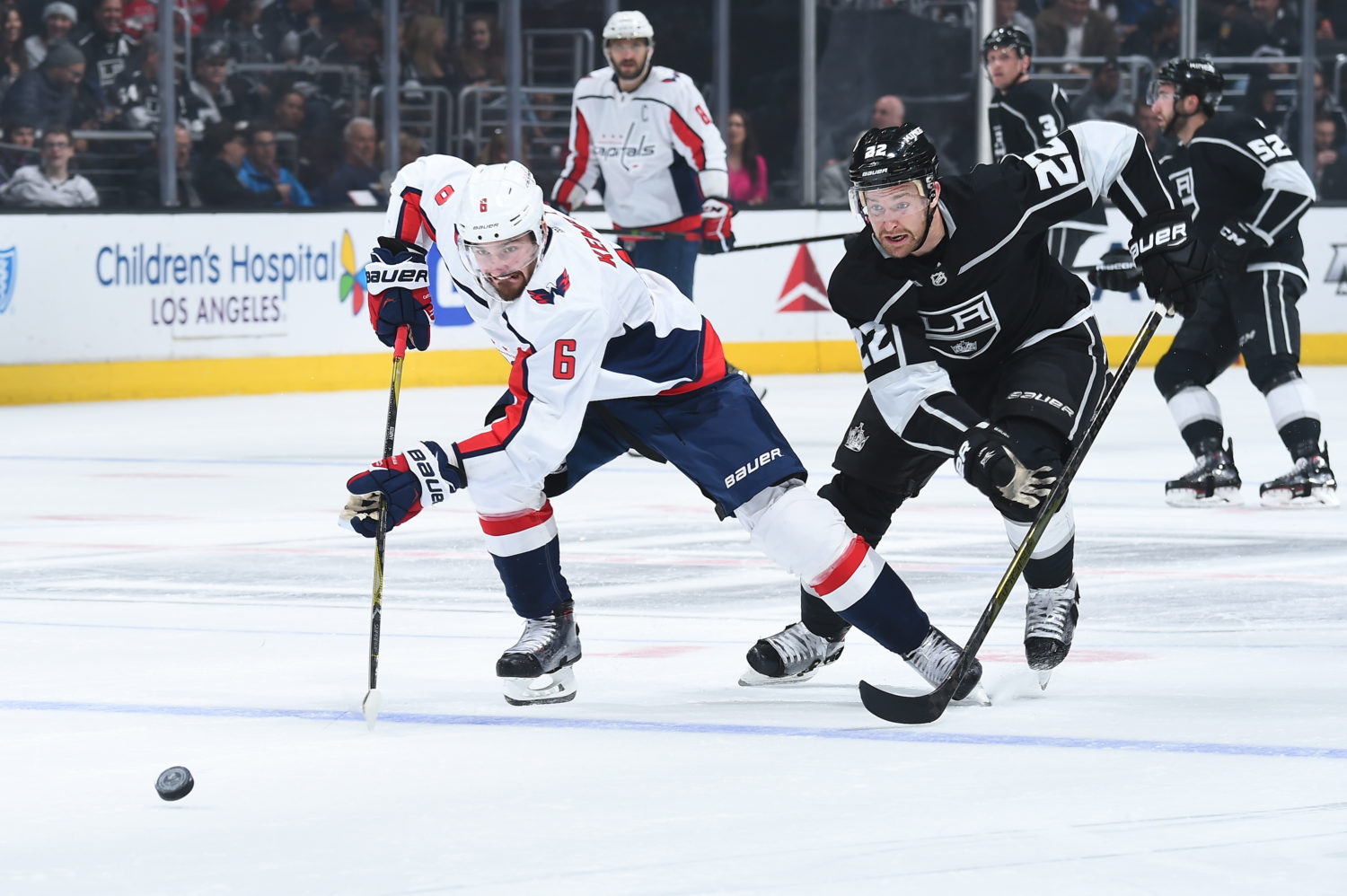 Trevor Lewis, on whether it took time to adjust after missing the last few games:
Yeah, definitely. I think the last four days with getting some practice time in there really helped. Obviously I could skate most of the time too, so I was able to keep my legs as best I could.

Lewis, on getting the game-winner:
It was a great play by Carts to get it up to me and I just shot it, saw the rebound, went to the net, and got another whack at it and was fortunate it went in.

Lewis, on the overall team effort:
It was awesome, especially that penalty kill there in the end. Had to be huge and Quickie in the net is always big for us. I thought it was a good team effort, top to bottom.

Lewis, on the importance of getting a win after last Saturday’s loss:
They’re all big now. I think we’re fighting for playoffs so it seems like if you lose one you’re out, you win one you’re back in. So we’ve just got to keep our foot on the pedal here.

Lewis, on tying his career-high in points:
I think the coaches gave me a good opportunity, obviously playing with good players, and just happy to chip in.

Lewis, on how often it happens that he gets a few chances on a puck before scoring:
Not too often, but they say good things happen when you go to the net so I just went there and was fortunate to get a goal.

Lewis, on having Carter back in the lineup:
It’s huge. I mean, Kopi and him. I think he takes pressure off Kopi too and plays against top guys and plays in all situations too. So he’s a huge part of our team and it’s great to have him back.

Tanner Pearson, on the importance of getting a win after last Saturday’s loss:
I think we let Chicago back in on that day and going up by one or up by one going into the third period, we’ve got to start locking it down, especially at home. And we’ve got a lot of home games here coming up so we’ve got to lock it down at home.

Pearson, on Lewis’ contributions to the team:
You definitely know what you’re getting with Lew when he’s in the lineup and you know, great PKer and always in the mix with things on the ice. You know, today made a great play going down the wall and got a shot off and was able to baseball one home.

Pearson, on whether the team gave Lewis grief for batting one in:
Well, he was hot this morning so I think he just carried it over to tonight’s game and it’s right back where we left off, so we’re happy to have him back.

Pearson, on the team’s confidence and chemistry right now:
I think, you know, we can’t really question that now. We know our team for a while now. It’s the first time we’ve had everyone healthy so we look to have a good stretch going down here and string some wins together and keep staying in the playoffs.