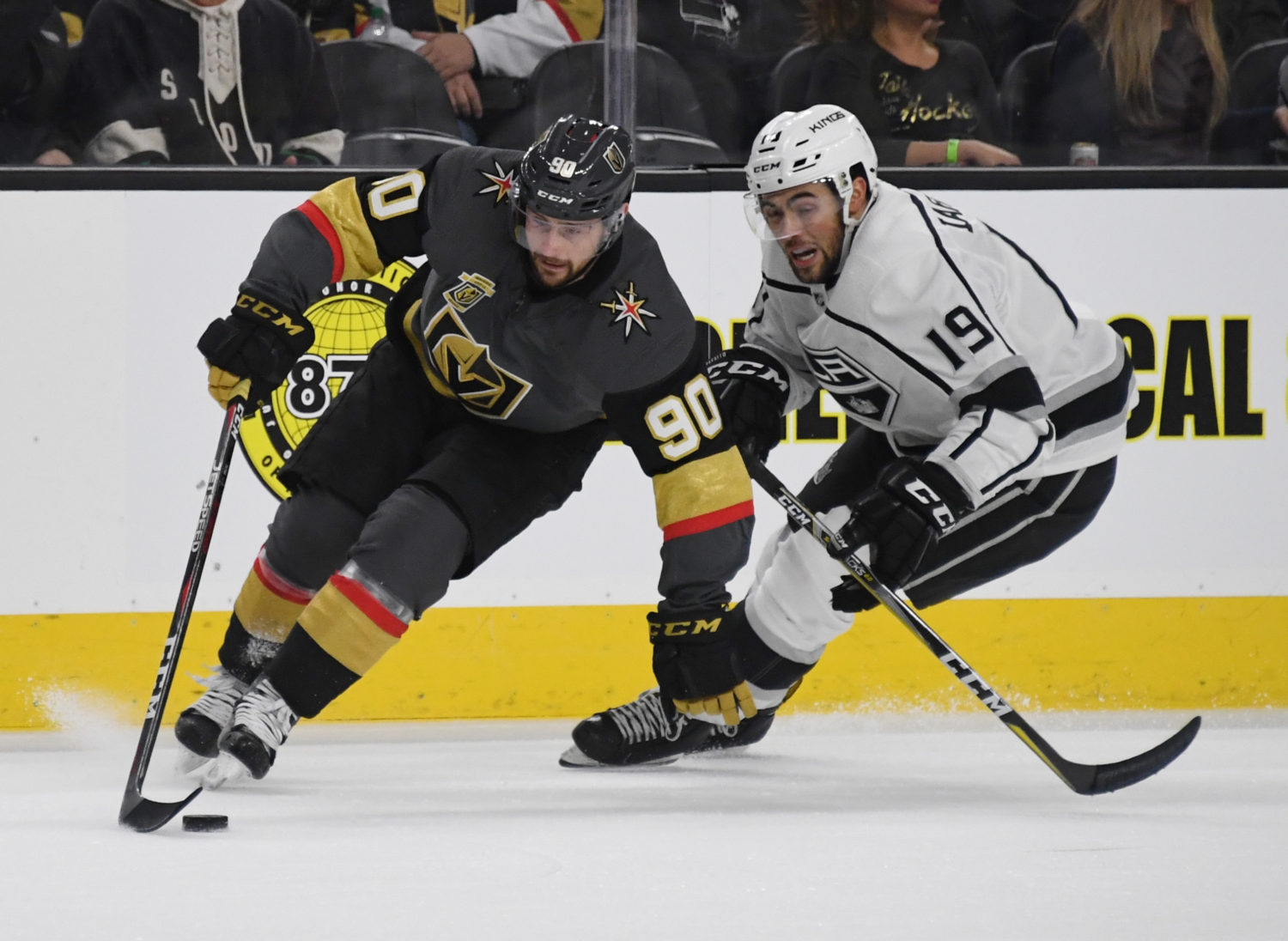 On how much more dangerous Washington could be on Thursday after losing to Anaheim:
Well, I think they’re a good hockey team, regardless. I think there’s a lot of elements in their game you have to be aware of, and I think the second game of a trip, teams are probably a little more acclimated to the travel out here. I think either way, they’d probably be a better team in game two than they would in game one, but certainly they’ll be a better team than they were, especially early in the game last night. But they’ve got some high, high-end players that are very dangerous on special teams, they actually forecheck very well, so we know what they’re capable of and we have to be ready for their best game.

On whether he’s noticed improvements in Alex Iafallo’s more skilled assets in practices and games:
His puck skills have been something I think have been present since the day he got here. I think it’s just a lack of time and space and dealing with the pressure that’s present this time of the year, and the games are so tight, I think that’s what we’re looking for from him. But we’ve talked to him all year long about bearing down in practice, trying to score in practice. If you don’t score in practice, you’re probably not going to score in a game. He’s got good practice habits, he works hard in practice, he’s been really working on parts of his game to try and get better, and he’s well into his first rookie campaign. He’s got a lot of experience. He knows the league now, knows the schedule, knows what to expect, so he’s a young guy we’ll be counting on down the stretch. [Reporter: At this point, is he no longer a rookie when he’s this far into the season?] Well, you are. You always talk to the guys, if the season ended today, and we had to move on and start next year, they wouldn’t be rookies anymore because of the amount of games they played. This time of the year is something they haven’t experienced yet. The intensity of the game goes up. Every game becomes more important. The crowds are more into it, the pace and the level of play is the highest it’s going to be at any point during the year, and I think that’s something you have to go through and experience to really understand it.

On Michael Amadio’s strengths, and where he could continue to improve:
The biggest area of improvement is his consistency as a young player and compete level, probably, in his puck battles, but I think he understands the game really well. I think he’s got a high level of hockey intelligence, and he’s probably more responsible without the puck than I knew. I just didn’t know him that well. I think sometimes you’ve got an offensive player, and you’re not sure about that part of his game. I think he is a responsible player without the puck, but I think the one area that we really like in his game, he’s got a lot of composure. He’ll take a puck in small spaces and hang onto it. He’s got a low-panic threshold that allows him to make plays in tight spaces. With that part of his game, I think there are elements to his game that you can’t teach. I think there’s some high-end hockey sense in there that I think is a gift, and we’d like to see him become a more consistent player on a shift-in, shift-out, night-in, night-out basis. That’s true with any young player, though.

On whether he prefers to tighten up his lineup or rotate players in and out at this time of the year:
It’s about winning the games right now, and I think the rhythm’s fine when everybody’s playing on the absolute top of their game, but if there’s anybody falling off and you have guys that are practicing well and think they can help you, it maybe gives you a different look in your lineup. You’re going to consider everything based on how your team’s playing, who you’re playing against. It just all depends. But we look at each game as it comes. It’s not about for anything else, it’s about trying to get the best lineup inserted that can help you win a hockey game.