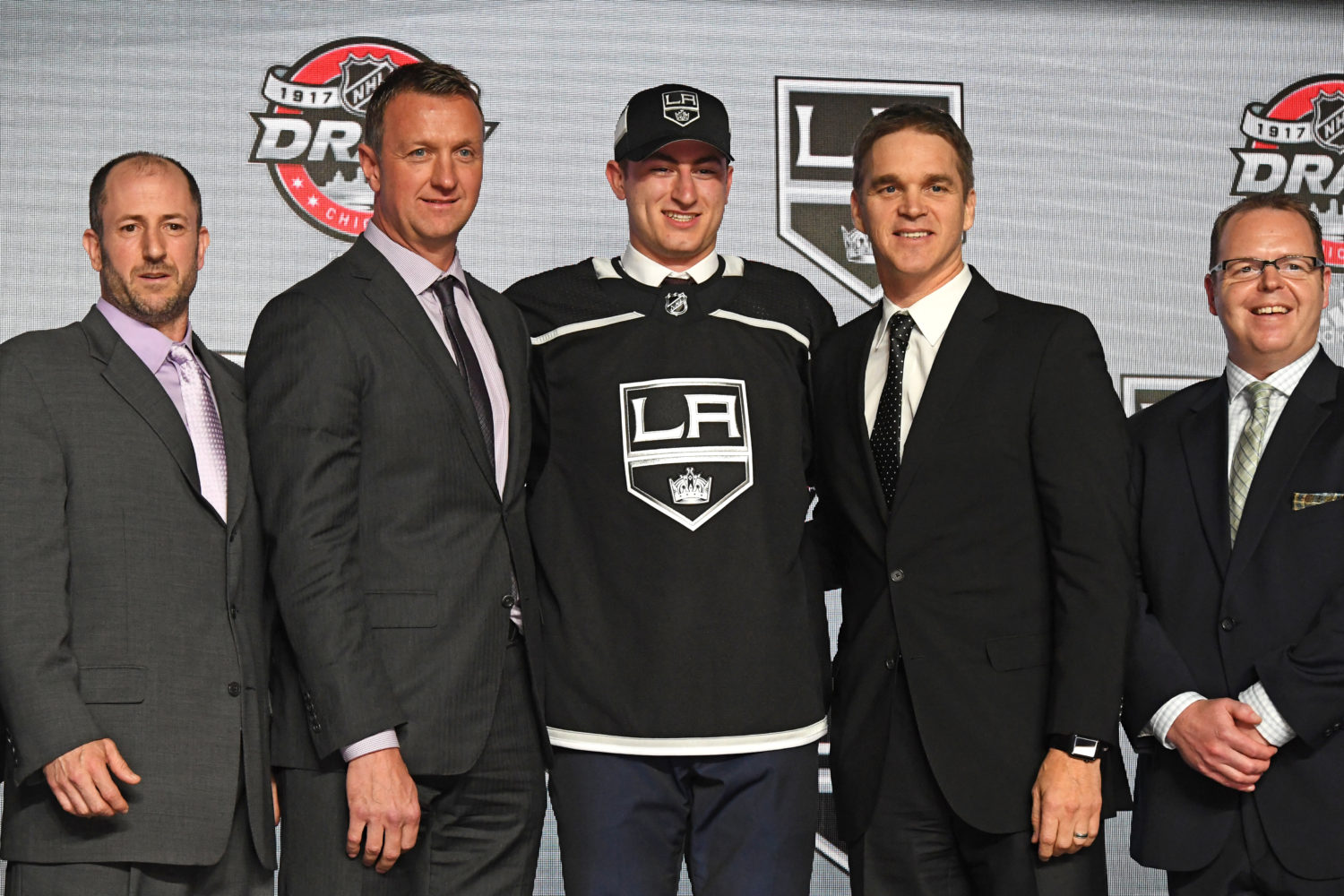 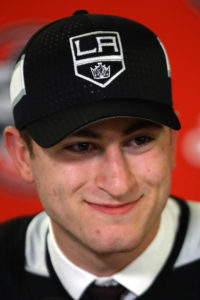 The Los Angeles Kings announced Thursday that they’ve signed forward Gabriel Vilardi to a three-year entry-level contract. Selected with the 11th overall pick at the 2017 NHL Draft, Vilardi has been on an absolute tear for the Kingston Frontenacs, totaling 14 goals and 43 points in 23 games after returning from a back injury that had sidelined him through the first half of the OHL season and kept him off the ice during last year’s development and rookie camps at Toyota Sports Center.

This signing was essentially a formality. It’s too early to put any sort of probability on this, but Vilardi will be a player to watch at next year’s training camp with a tangible shot at making the 2018-19 Kings. That would be a big step for a player who will turn 19 years old on August 16 and dealt with a significant injury over the past year, but when speaking to the Windsor Star on January 1, Spitfires GM Warren Rychel explained that the reason he traded the ultra-talented forward to Kingston was because he was “99 per cent sure he’s an NHL player next year.” “That’s what made this deal possible,” Rychel continued.

Warren Rychel, to Jim Parker of the Windsor Star:

Even though Vilardi has been signed to an entry-level contract, he would still be eligible to sign an ATO (amateur tryout agreement) to play for the Ontario Reign once his OHL season is concluded without burning a year off his contract. He is not eligible to play for Los Angeles at the conclusion of his season because the ELC he signed begins next season, via hockey ops.

The Frontenacs, who have allowed the second-fewest goals in the OHL, are in third place in the Eastern Conference with a 32-18-6-3 record and 73 points and have already clinched a playoff berth. Because players drafted out of major junior hockey are only allowed to play in the NHL or for their major junior team prior to their 20-year-old season, Vilardi would have to either make the Kings or be returned to Kingston in 2018-19. He would not be eligible to play in Ontario next year prior to the conclusion of his OHL campaign.

Even after Vilardi's season ends in Kingston, he would not be eligible to play in Ontario in the playoffs. Because he was on the LAK reserve list, he could play in the NHL playoffs, but doing so would burn a year off his ELC. https://t.co/bEE5dY3lrt

Earlier today, I spoke with Frontenacs head coach Jay Varady, who praised Vilardi’s consistency and excellent character and described him as a player who has to be practically dragged off the ice after practices and is capable of serving as a workhorse during games.

Varady also praised Vilardi’s ability to listen and absorb detail at a high rate, saying that he’s always always processing information. “He has an unbelievable hockey IQ,” Varady said. “You tell him, you show him, and he listens and sees it. … He’s extremely bright.”

The 6-foot-3, 201-pound Vilardi, who won a Memorial Cup with Windsor last season, is the club’s top overall prospect. Though there had been some outside scuttlebutt in advance of the trade deadline that other teams were inquiring about him in trade negotiations, all prior indications were that conversations involving Vilardi were non-starters and that the Kings were interested in retaining their assets and not interested in moving prospects or high picks.

Vilardi joins Jaret Anderson-Dolan as 2017 draft picks who’ve signed entry-level contracts with the club. Anderson-Dolan, selected in the second round, 41st overall, has 34 goals and 83 points in 60 games for WHL-Spokane.

More on Vilardi from inside and outside the organization will be posted over the coming days. 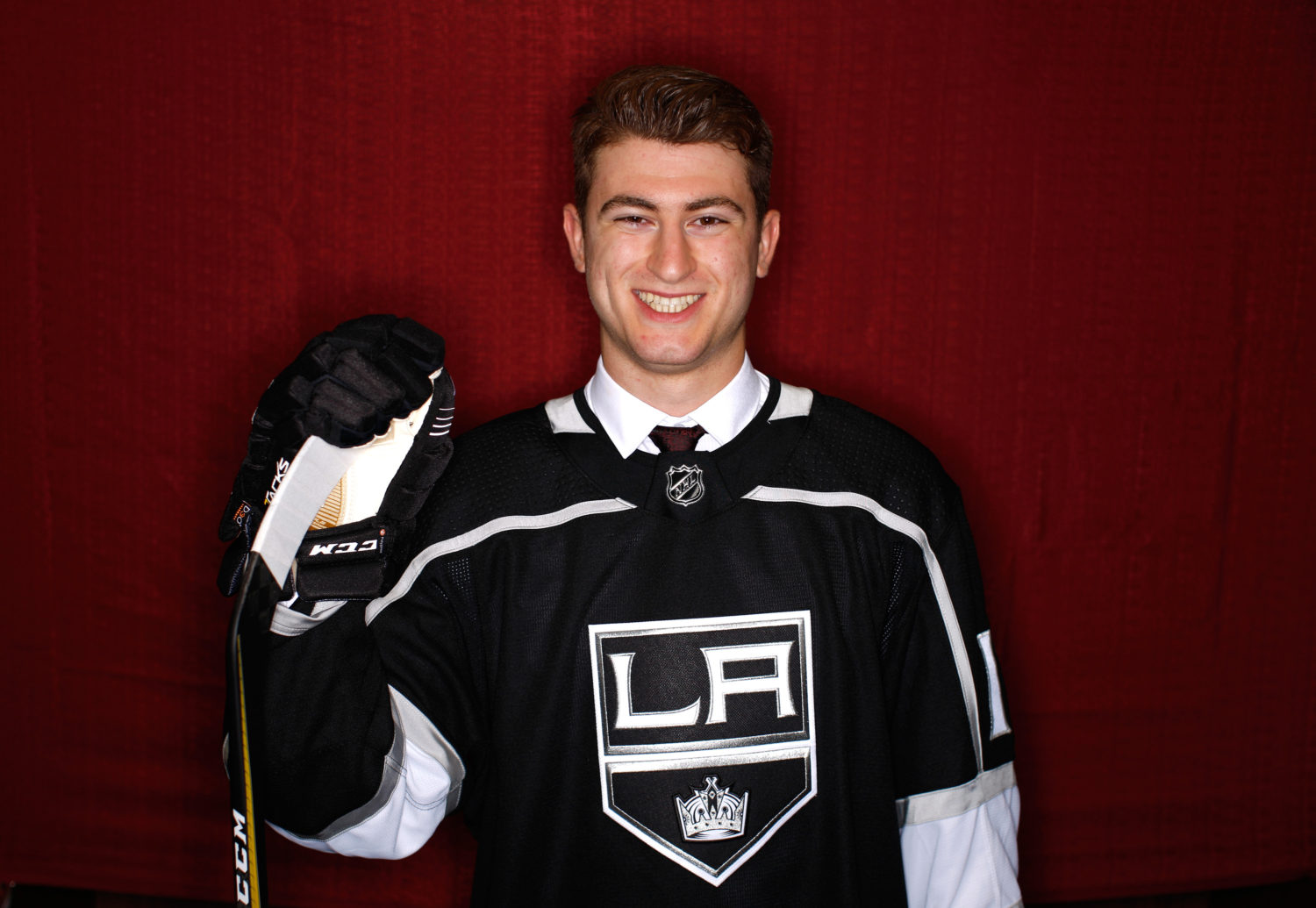