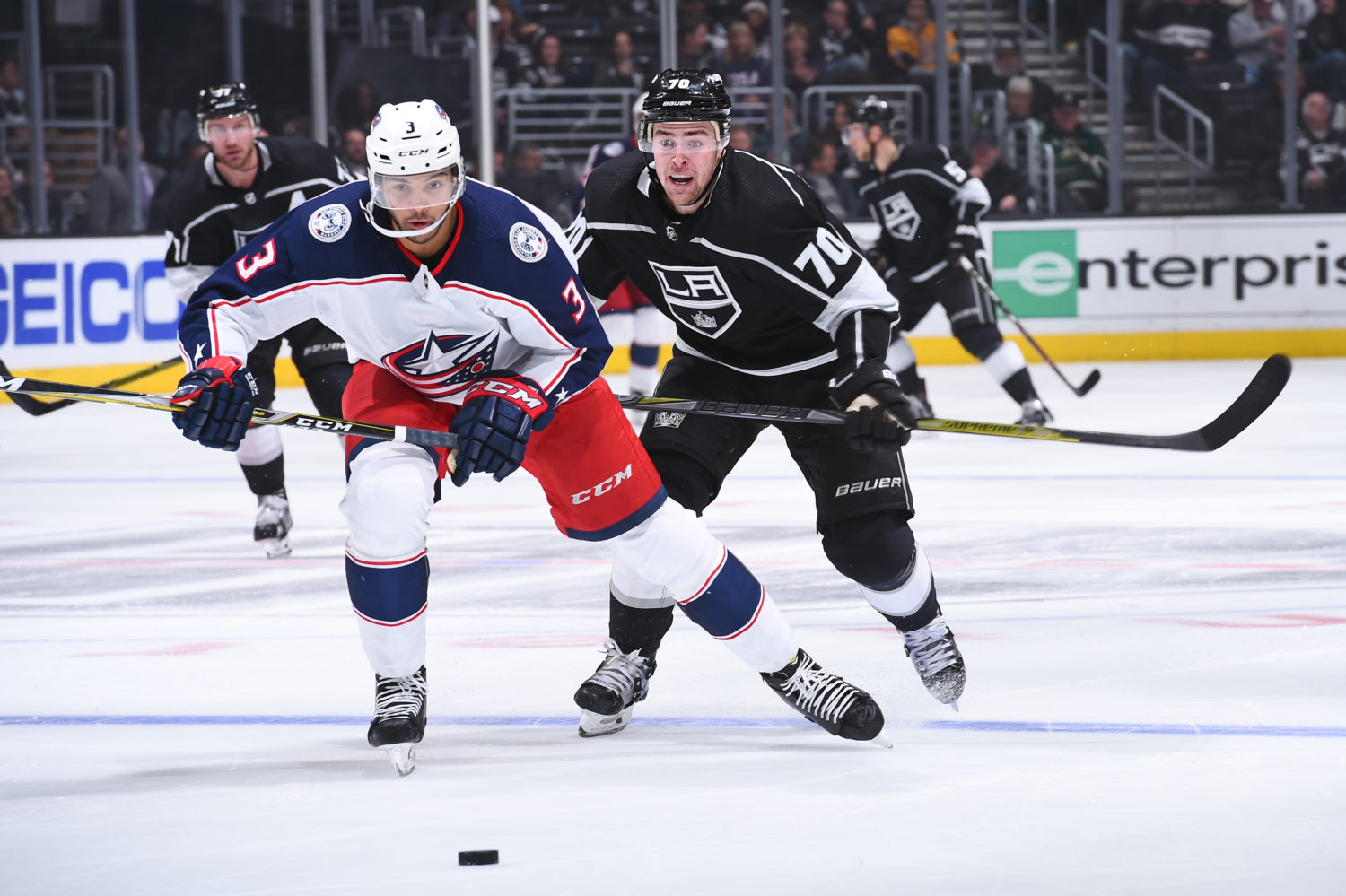 On the biggest adjustments in turning a 2-0 deficit into a 5-2 win:
I just think for probably a lot of reasons we could try and pinpoint we were a step, maybe two steps slow in the first period. It just seemed like we were late to pucks, we were late to check, they were playing the game at a lot higher pace than we were, and it wasn’t one guy, it was our team, and I think sometimes you come out of a back to back with Vegas there, I thought they were emotional games. We came home, I think the room was ready. I talked to the guys about that after the game. I think the room was ready – we were just a step off. We weren’t trying to change anything tactically, just our whole game pace had to come up a step, and it did. I thought the goal by Thompson was huge for us. It kind of got us going, and we really had some momentum after that. We got a power play goal, a shorthanded goal, but really, the biggest adjustment was just the pace that we played at in the second period, because we were way behind in the first.

On Christian Folin’s performance:
Outstanding. It’s not just the points. I just thought the way they forecheck and come after you, I thought he put guys on his back and got to space, and that’s how you break the forecheck down. If he gets to a puck and just puts it on the wall, it’s probably going to be in coverage, and I thought he did a really good job of getting to pucks, moving his feet, using his size to oprotect the puck and make plays going forward. It was a really good performance by him.

On whether he’s starting to see better performances at home:
Well, obviously we didn’t have the start we wanted tonight. We’re not going to use the schedule as an excuse, but looking around the league now and teams at times just seem a step off, and tonight we were. And not just physically, emotionally. Coming out of Vegas, they were big games to try and get back in the playoffs. I think we’ve really got to make sure we take care of business at home. Our guys love playing at home. I think our fanbase is exciting to play in front of. We’ve had spurts during the year where we’ve been good at home. We’ve had spurts we’ve been not so good. We’ve put in a lot of work on the road so we’ve got more home games left, and I think it’s really important that we take care of business at home.

On whether it was good to see Tanner Pearson contribute on the score sheet:
It was, and I thought that unit on the power play was outstanding. Tanner’s done a good job there all year. That’s been a real strength of his game. I know he and Brownie work at it every day. We’re there in front of the net trying to position themselves on top of the blue paint, and what I loved about that play was we had Drew who moved across the line, and he was looking at the net the whole time. Just a good example of those guys being on the same page, so I thought Drew did a great job of seeing the screen was set up and getting the puck there, and I think that’s been probably the one area of Tanner’s game that’s been a real strength of his.

On whether it’s “impossible to undersell” Jeff Carter’s importance to the team:
Yeah, I agree with you there, and we told him when he first came in that we weren’t going to use him killing penalties. We try and keep him out of those situations just to try and manage his minutes, but we got a situation tonight where I think his minutes were in a good spot and we know he’s a good penalty killer. He tracks the puck hard, and he’s one of those players that he gets an opportunity in space, he can really take advantage of it. His presence as a player has been really good for us, but I think his presence in the room has also been a really welcome addition.

On Jonathan Quick bouncing back after the first period:
He wasn’t a step slow, we were. We didn’t give him a whole lot of help in the first period, but Jonathan has a way of slamming the door. We talked today about critical moments, and Jonny gives us a chance to win, and he did tonight. Those goals that got scored on him, we’re certainly not going to fault him. Our team was a step slow in front of him, Jonny held the fort for us and slammed the door and allowed us to get back in the game, so he’s been terrific.