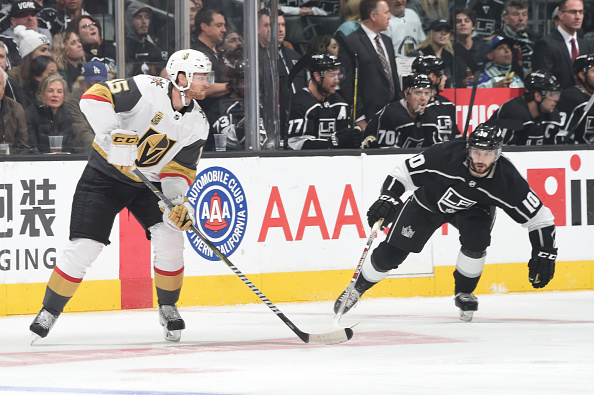 – The Kings improved to 16-15-4 against the Western Conference and 9-10-3 against the Pacific Division.

– The Kings picked up their 31st overtime win since the NHL went to the 3-on-3 OT format. This is most in the league over that timeframe.

– Forward Dustin Brown scored the game-winning goal on the power play in overtime. Brown’s four game-winners are tied for second on the Kings. His six power play goals are tops on the team.

– Forward Anze Kopitar scored a goal and notched two assists. He has recorded 28 points in 24 games since the start of the New Year.

– Forward Jeff Carter scored his first goal of the season. It was also his first point in the two games since his return from suffering a cut that required surgery to repair a tendon in his ankle in October. It was also Carter’s first goal since March 29, 2017. Carter played 19:45 and fired eight shots on goal.

– Defenseman Dion Phaneuf notched his first assist as a King. He now has three goals and one assist in the seven games since he was acquired from the Ottawa Senators.

– Defenseman Drew Doughty notched an assist and now has 43 points in 63 games this season. Last year he had 44 points in 82 games.

– Forward Tyler Toffoli notched an assist and now how three points in his last four games.

– Goaltender Jonathan Quick stopped 37 of 39 shots on goal. In his last nine games, Quick has held a 2.15 goal-against average and .935 save percentage.

– The Kings will play at the Golden Knights Wednesday at 7:30 p.m.