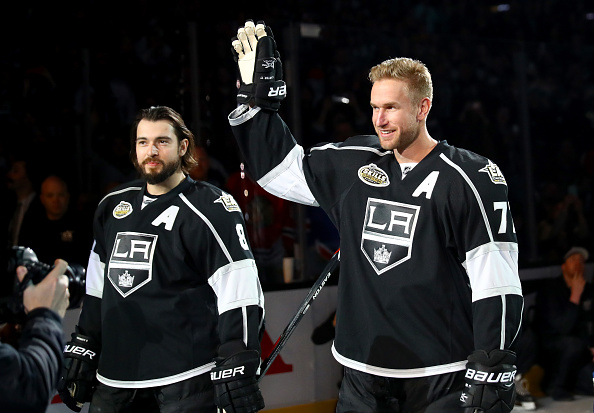 Carter took part in the Kings’ optional morning skate, his third team practice since he suffered a deep cut in October that required surgery to repair a tendon in his ankle.

After Friday’s practice, Carter said “we’ll see” when asked if he was ready to return to game action. He skated with his long-time linemates Tanner Pearson and Tyler Toffoli that day. Stevens listed Carter as “doubtful” during media availability Friday, but also said he hadn’t talked with Carter yet about how the player felt.

Stevens sounded much more optimistic Saturday when asked about Carter.

“He’s getting close I’ll tell you that,” Stevens said. “We were surprised with how far he had come in the time we were away. Talked to him yesterday, he felt really good. The first thing was getting medically cleared and then getting him feeling physically good and timing on the ice. He’s probably a lot closer than I thought he was.”

“He looked like he was flying out there today. Hopefully he feels well, and well enough to play,” Toffoli said Friday. “I wish I could move like he does. I think a lot of people do.”