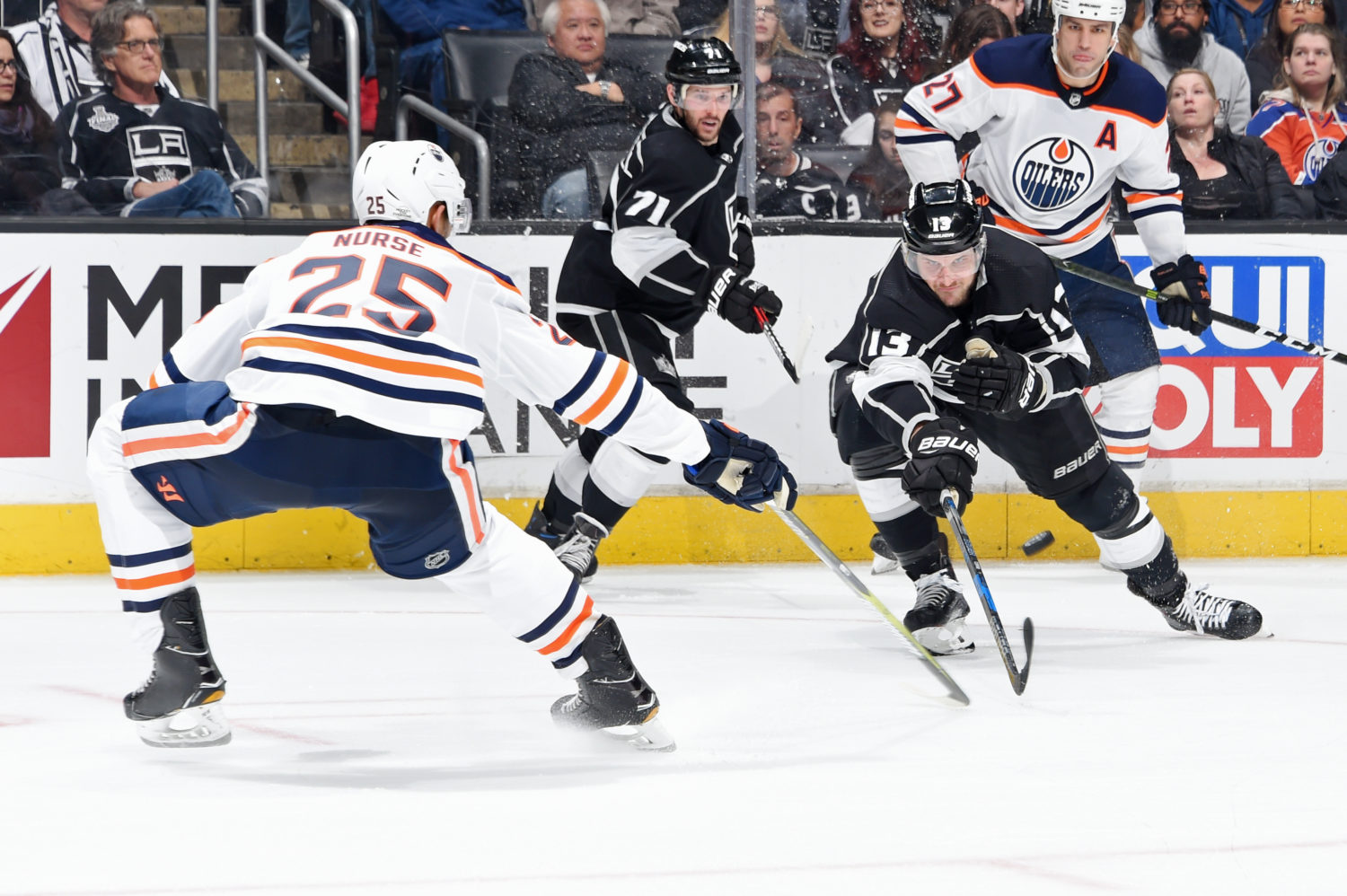 Todd McClellan, on winning the coach’s challenge:
It’s been a long time coming, hasn’t it? Not one that we wanted to be challenging. I thought we could have done a better job obviously in those last few minutes. But not going to dwell on that a lot. We haven’t won in this building in a long, long time so we’ll take any type of win that we can get. And I thought, for the most part, we played a pretty gutsy game.

McLellan, on if he was sure that the puck had crossed the line:
Well, there’s no for sure anymore. You’re at the whim of the league, the referees, and whoever’s making those decisions. I wasn’t sure it was over the line to tell you the truth because the puck was laying flat. But then we talked about if it was going to be called a goal, we wanted to challenge it right away for goaltender interference. As it turns out, it was.

McLellan, on being up 4-3 with mere seconds remaining:
They rimmed the puck–won the draw and rimmed the puck and beat us to it. And you know it was a seeing eye play to the paint where the puck got through a whole bunch of players. Cam made the first save and obviously the second one was pushed in so we would like to do a little bit of a better job in that situation, but we’ll take the win.

McLellan, on the physicality that Nurse and Larsson brought to the game:
Big heavy game. They are our shut down pair right now and they played big minutes, had some tough situations. I think the penalty kill was right off the bat at the beginning of the game. That was a big hurtle for us to overcome and they played a big part in that.

McLellan, on Leon Draisaitl being aggressive on the play:
Leon was very good tonight. I’m not sure if that line got on the board, but they certainly had chances and they played against one of the best players in the world in Kopitar.

Cam Talbot, on how the game ended:
Not the ideal way we wanted to ended it. I mean when you go up by two goals with under a minute, it should be a done deal. But I guess you could say we found a win to get one out and got a call.

Talbot, on whether he was sure that Brown pushed the puck over the goal line:
I knew he pushed my pad over the goal line, but I mean you never know. I mean, that one could go either way. When the puck’s loose and stuff like that, it’s not like I had it covered, so you never know if you’re going to get that call or not. So you know, we’re fortunate to get that one and get a big win .

Talbot, on if he was surprised that after the first review the goal was allowed:
Well honestly, when they called it a goal, I knew it went over the line when he pushed my pad over. I kind of saw it because it flipped up one edge I think and I think that’s how it crossed the goal line completely. So I wasn’t surprised they called it a goal, but I was obviously very happy that they overturned it.

Talbot, on the number of goaltender interference challenges they’ve made and lost:
I have no idea. That’s up to you guys to know. Not my department.

Talbot, on if he thought the team was “owed one”:
I don’t know. I mean, you want to hope that those calls will go in your direction every once in a while so I guess we were fortunate enough to get one tonight and we’ll take the win and go home.

Talbot, on the chaos of the last twenty seconds:
Yeah. I mean, like I said, when you go up two goals with under a minute left, the game should be over. It shouldn’t even come down to the review. So we did it the other night against Boston, we kind of did it again tonight. We just keep on shooting ourselves in the foot and we have to find ways to close out games when we’re winning in the third period. So when it comes down to it, that video replay, it should never come down to it. We should be able to close that one out with under a minute left.

Adam Larsson, on how he thought he and his defensive partner, Darnell Nurse, played:
Pretty good. Obviously LA is a pretty physical team and I thought everybody throughout the lineup responded well. That, kind of every time they made a push physically, I thought we responded good and that was a good sign for our team.

Larsson, on knocking Kopitar down a few times:
Yeah, no we played against that line a lot and obviously me and Darnell are two big guys, so we tried to use that as much as we can.

Larsson, on whether the other team not liking him is a sign that he’s playing well:
Yeah it is. I think when you’re engaged physically, you’re in the game emotionally and physically. So that’s part of my style and I felt pretty good today.

Larsson, on how the game ended:
A little nerve-wracking there in the end, but I thought, I mean, who knows how the call’s going to go. (Reporter: Well they’ve mostly went against you). Exactly, so I didn’t really know what to expect, but it ended up good.