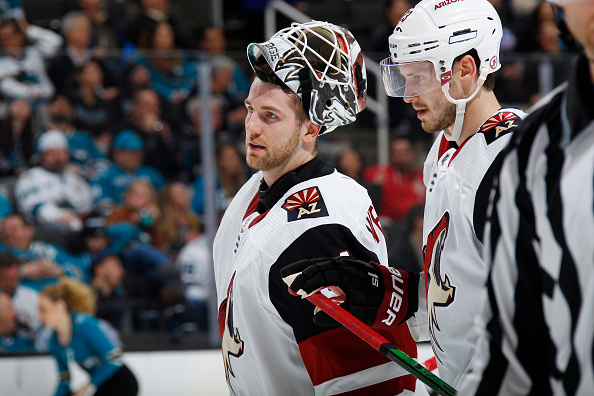 The Kings have placed newly goaltender Scott Wedgewood on waivers, according to TVA’s Renaud Lavoie and Sportsnet’s Chris Johnston.

Los Angeles acquired Wedgewood from the Arizona Coyotes on Wednesday as part of a deal that landed the team forward Tobias Rieder. The Kings sent goaltender Darcy Kuemper to Arizona as part of the deal. Yesterday Los Angeles recalled goaltender Jack Campbell from the Ontario Reign and Campbell backed up Jonathan Quick in Thursday’s 2-0 loss to the Dallas Stars.

Wedgewood practiced with the Kings at the team’s morning skate Thursday. If he clears waivers, it would clear a path for him to be sent to Ontario. In the NHL this season, Wedgewood has a record of 5-9-4 with a goal-against-average of 3.45 and a save percentage of .893.