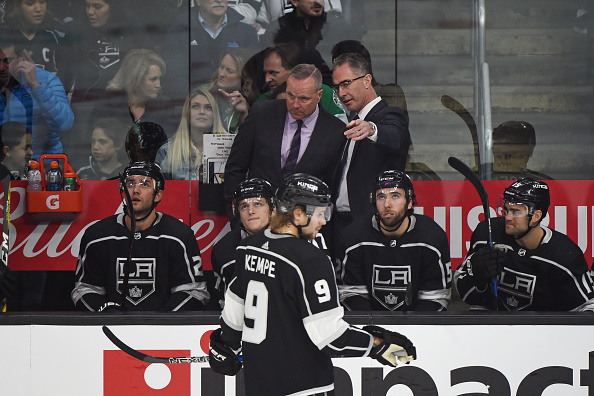 Thursday’s game between the Kings and the Dallas Stars, a 2-0 Stars victory, felt like an old school Western Conference match-up between the two teams. In fact after the game, defenseman Jake Muzzin was asked if he felt like the team was playing a previous version of itself. The checking was tight, the space was limited and ultimately the Stars’ only non empty-net goal came on a deflection following a faceoff win. Dallas beat the Kings in the faceoff circle most of the game, winning 63 percent of their draws to the Kings’ 37 percent. Los Angeles didn’t muster all that much in the second and third periods, firing just 10 shots on goal total. A lot of this had to do with a Stars team that was committed to playing a physical style after losing the first two games of their three-game road-trip by a combined score of 7-2. The Kings are a desperate group trying to make the playoffs, but so are the Stars and you had to expect their best effort. Being shut out is never ideal and as the playoff race heats up, games will get tighter and the Kings will need to figure out how to fight through strong defensive performances like they saw from Dallas. 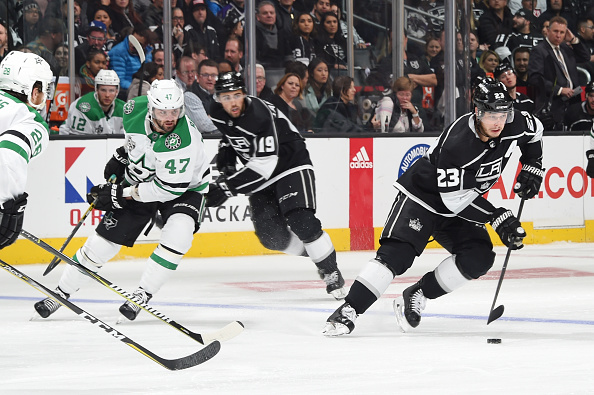 In regards to Kings players specifically, forward Tobias Rieder definitely looked like a nice addition. He adds another level of speed to the team and was able to generate scoring chances with his legs. He can be used in a lot of situations, both defensively and offensively, and gives the coaching staff options lineup options based on opponent. Though goaltender Jonathan Quick picked up the loss, he continued his strong play of late. He stopped 26 of 27 shots on goal and has a .939 save percentage in his last seven games played. With Los Angeles trading backup Darcy Kuemper, the Kings are going to need Quick most games down the stretch and since his rough patch in January and early February, Quick has bounced back. Defenseman Drew Doughty played 24:10 and since the Kings’ trade for Dion Phaneuf, Doughty has averaged 24:56 of ice-time per-game. Before the trade he was averaging 26:57 per-game.