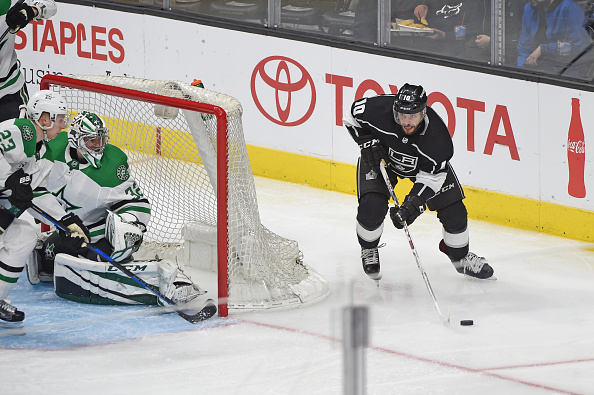 – The Kings fell to 15-14-4 against the Western Conference this season and 7-5-1 against the Central Division.

– The loss by the Kings snapped a three-game winning streak.

– Forward Tobias Rieder played 12:19 in his first game with the Kings. He had two hits and no shots on goal.

– Goaltender Jonathan Quick stopped 26 of 27 shots on goal. Quick has held a .939 save percentage over his last seven games.

– Forward Nate Thompson went 10-for-16 on faceoffs, good for 63 percent. The Stars won 63 percent of their draws to the Kings’ 37 percent.

– Forward Anze Kopitar played 24:05. It was his second straight game where he played over 24 minutes. Kopitar’s 22:02 average ice-time per-game ranks second in the NHL amongst forwards.

– Los Angeles was shut out for the third time this season. The Kings’ 18 shots on goal were their second-lowest total of the season.

– The Kings did not score on the power play for the second time in six games.

– The Kings will practice Friday at 11 a.m. at Toyota Sports Center.