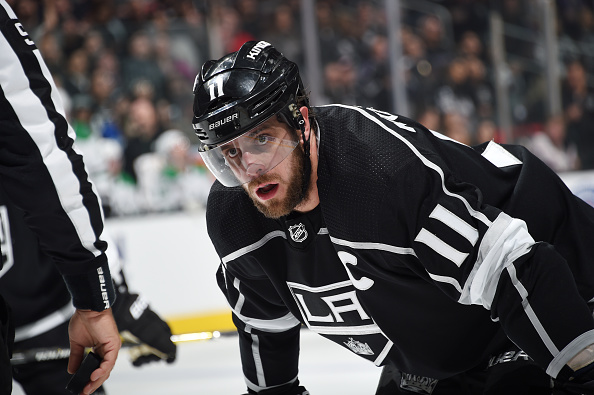 Kopitar, on what Dallas did well in the game:
I mean, they were playing hard and they were moving the puck well so they played in our zone a lot of times.

Jake Muzzin, on what he thought of the game:
We’ve got to score some goals. We created some chances. I think we got a little cute in the second. Our puck management wasn’t that great and allowed them to get momentum and get some opportunities and I think if we managed the puck a little better in our zone, we eliminate a lot of those chances against and in the end of it eliminate their momentum in the game. I thought we did a lot of good things. Our start was good. Coming off the road it’s always tough to, after a long road-trip like that is one day off and right back into it. I thought our start to the game was good but yeah, that’s about it.

Muzzin, on if the team had its legs in the second and third periods:
We played a lot of the period in our own zone, so it’s tiring and that’s our puck management, what I was talking about earlier. We allowed them to play in our zone. It’s hard work playing in your zone. It’s more fun playing in the other zone.

Muzzin, on if Dallas plays “like a previous version of yourselves:”
There’s not a lot of room out there. Tight checking everywhere. We can’t get frustrated in those tight games. We’ve got to stay with it and dig a little deeper. We came up a little short.

Muzzin, on Tobias Rieder adding a speed element:
Oh yeah, that was nice. It’s nice on our team as opposed to coming against us because you saw some flashes tonight where he takes off and he’s fast.