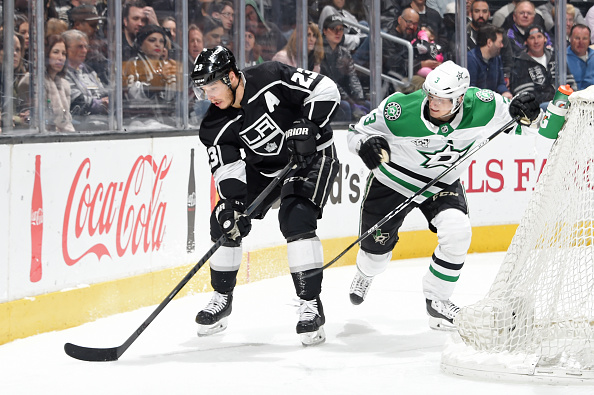 On what he saw out of the game:
Not a lot of space. It’s kind of what we expected. I think Dallas – we keep talking about analytics, analytically they’re the top team in the league in the defensive categories and you can see why. They checked really hard. I think they had an off night when we were in Dallas. I thought we went after them hard. We won a big game in Dallas and I think certainly challenged themselves – a little pushback tonight. There wasn’t a lot of room out there. I thought every puck was contested. Second period they made a big push and it probably cost us spending too much time in our end because I thought we didn’t manage the puck well enough against their checking. Not only did we spend a little too much time in our zone we didn’t generate enough offensively, so details in games like that matter so you ice a puck, you lose a faceoff, puck’s in your net, you lose a hockey game. This time of year is a playoff type atmosphere. Little inches make feet.

On Tobias Rieder’s first game with the Kings:
He had good speed. He had a couple of near misses on a couple of plays where he looked like he was almost in, used his speed to challenge on the rush, which I thought was good so certainly lots to like in his game.

On if the team was a step behind in the second or third period:
I thought we obviously got off to a really good start in the hockey game. We got pucks in behind them. We drew penalties, we were moving our feet and then second period, long change. Dallas wants that puck turned over just inside the blue line as much as they do below the goal line and where we were we just didn’t execute very well so we made the first play but they get you on the next play. So a credit to them, they checked really well. I just didn’t think we managed the puck well enough to get past their checking and sometimes that’s a chip and speed in behind but certainly not spending enough time in the offensive zone for a period of time there I think wears you down. Coming off the trip, I mean that’s not going to be an excuse. I lose track of the days but we have a day in between we play, day in between play two more day in between and play again. It’s playoff types atmosphere so ‘tired’ is not going to be an excuse moving forward.

On whether he’s the type of coach who looks at the standings or just says they need to win their games:
Well I’d be lying if we don’t look at the standings. For us every day we track the standings because it’s important. That’s why we keep score but we want to get in a playoff spot and we want to build from there. You don’t want to be on the outside keep trying to say ‘geez we got another point we’re in.’ You want to get in and stay in and you want to put points behind you if teams are chasing you, but having said that we have to win games to take care of our own backyard. The LA Kings are the most important team I’m watching right now but you can’t help but watch the board.

On why Kyle Clifford was out of the lineup:
You can only dress 12. (Clifford), he’s a great teammate and we’re going to need him to help us win lots of games but somebody had to come out. We felt like Rieder could help us tonight with his speed. We thought the Amadio line had a really strong trip down the stretch and didn’t want to bust that up so the tough part as a coach is taking a guy out like (Clifford) because he’s all-in all the time, but we’re going to need more than 12 guys moving forward so we’ll count on him heavily.

On if it felt like a playoff atmosphere:
It felt like a playoff game. Good, hard checking game. They have a big defense. I think our top guys, their top guys played hard tonight. I thought they checked. I thought the Benn line played a real, heavy game and obviously Seguin makes a big difference here, but it did have a playoff feel in terms of how hard it was to gain space. Every puck was contested and there wasn’t a lot of space out there so I think that’s something to expect moving forward certainly from Dallas.